Well, you don’t say. Here I was thinking every single person I know was an anomaly, and everyone else is in great financial shape. I mean, we all order out for literally every meal, spend abhorrent amounts of money at the bars on weekends, and generally have little regard for money, even though it’s literally the most important thing in the world. Is that considered “not financially healthy” now? Damn. Let’s read on:

NY Post - The finances of Americans may not be as good as they look from the outside.

Only 28 percent of Americans are considered “financially healthy,” according to a CFSI survey of more than 5,000 Americans. “Financial health enables family stability, education, and upward mobility, not just for individuals today but across future generations,” the CFSI says. “Many are dealing with an unhealthy amount of debt, irregular income, and sporadic savings habits.”

These findings are based on the CFSI Financial Health Score, a framework designed by CFSI to measure financial health more holistically by examining spending, saving, credit, and other indicators. Some 44 percent of respondents said their expenses exceeded their income in the past year and they used credit to make ends meet. Another 42 percent said they have no retirement savings at all.

They come on the heels of a previous study from personal-finance site Bankrate.com that found only 29 percent of Americans had 6 months or more of emergency savings and a nearly equal percentage said they had none. Indeed, most Americans would not be able to pay for an emergency expense of $1,000, a separate 2015 study showed.

Aw damn.”Most Americans would not be able to pay for an emergency expense of $1,000″. I wonder if that has anything to do with 9% student loan interest and the promise of a job after graduation only for everyone to be hit in the face by reality instead of the “American Dream” like they were whimsically promised?

There is good news though. Once you start a family, you get the white picket fence and all the problems go away! 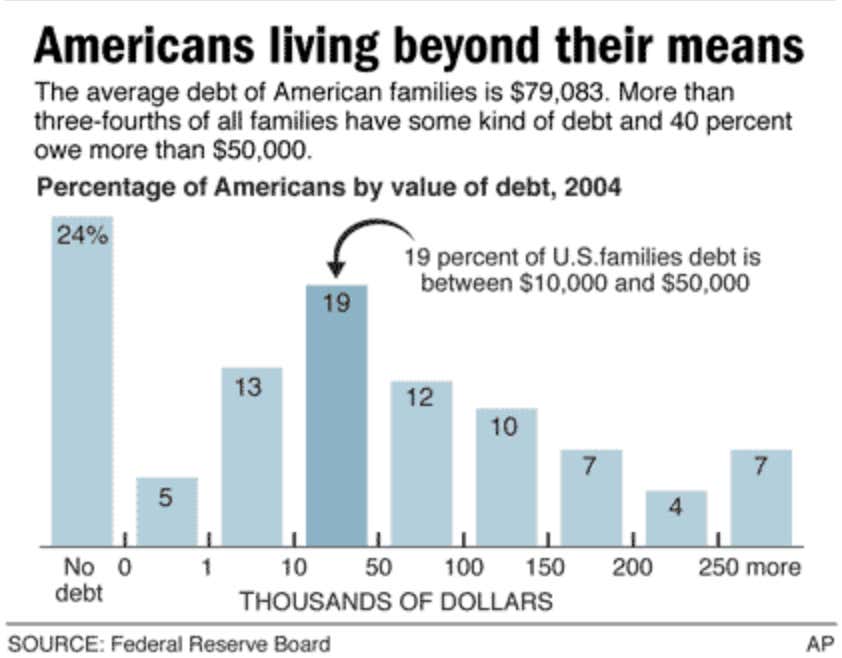 So the advice here- save all your money! (Or don’t because you can be hit by a bus tomorrow!)

For real though, I think we can all agree the education system does a terrible job teaching us about debt and saving for the future and how god damn expensive it is to be an adult. Unless you are selling fitness tea on Instagram, you are probably poor. So you gotta do some reading, take personal responsibility, and figure it out. I honestly can not comprehend how there are people my age with multiple children. Like, life expenses just to take care of myself makes me poor as shit, how do I make sure multiple other people stay alive? It’s crazy.

everyone is poor+ 3 Tags