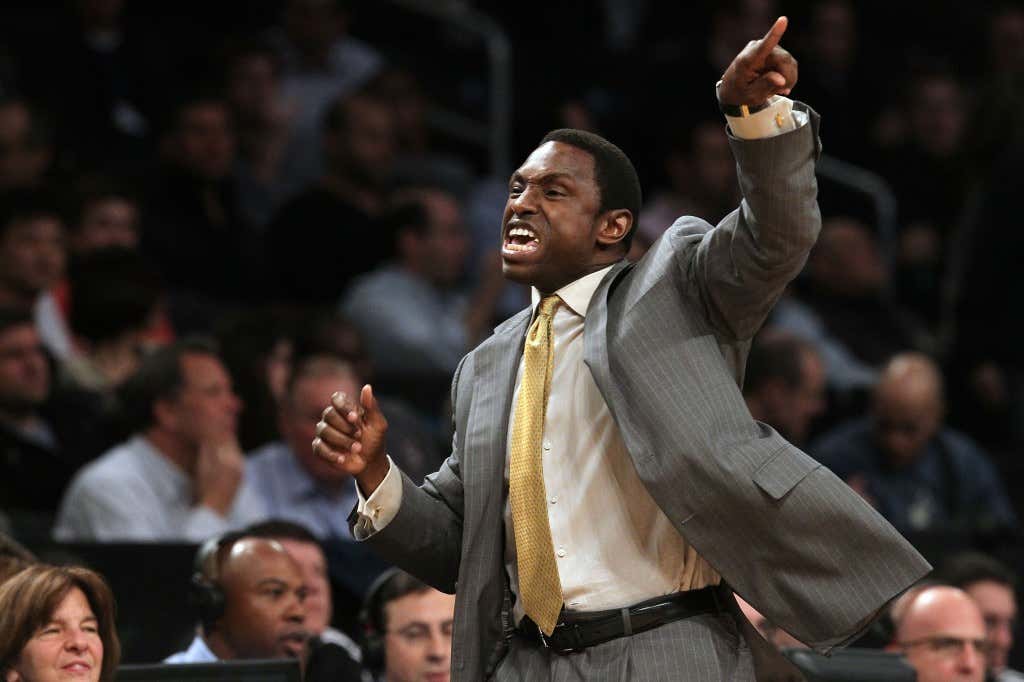 (ESPN) – One interesting name  being discussed by executives as a possible future coach in Cleveland is Avery Johnson. For years, owner Dan Gilbert has been interested in reaching into the college ranks to get a big-name coach, and he has made offers to Tom Izzo, Bill Self and John Calipari. Johnson, in his fourth year at Alabama, isn’t in that same category but has plenty of NBA experience.

More importantly, he has a strong connection to Cavs rookie Collin Sexton, who played for Johnson last year. Cavs executives spent time with Johnson in advance of drafting Sexton last summer. The team has pinned its future to Sexton, and that makes Johnson all the more intriguing. Johnson was a guest of the team for Sexton’s first home game earlier this month.

Well no, nobody can save the Cavs because they stink out loud, but with Larry Drew refusing to accept the job without a long term deal or a raise, the Cavs need to figure something out in terms of their head coach. Obviously the appeal here is his relationship with their PG of the future Collin Sexton, but is he even a good fit for this team? Let’s look back quickly at Johnson’s NBA coaching credentials

OK so DAL was pretty good and BKN a complete disaster. Obviously talent is everything in the NBA, so we don’t really know if Avery can be the coach that turns around a team with limited talent, which it’s fair to say CLE has. While this won’t happen this season I wouldn’t think, moving forward I think you have to give it consideration if only because Dan Gilbert is obsessed with trying to find a head coach from college. Mainly that’s been Tom Izzo/Bill Self/John Calipari, but it wouldn’t shock me if Avery gets a look.

What they have to be careful with though is you don’t make this hire solely because of Sexton. He ain’t Lebron. If I was a Cavs fan that would make me a little nervous, because I can’t imagine available coaches are going to be lining up to run this team, so my fear would be Dan Gilbert would do something like this without even realizing what he’s doing. They have Sexton locked up for the foreseeable future so it should be about finding the best possible coach, not just one that has a relationship with the guard. It’s fair criticism  to say NBA players eventually tuned Avery Johnson out, his style doesn’t fit everywhere. But honestly the Cavs need someone that isn’t a complete pushover like Ty Lue was in my opinion. They need to be held accountable, and that’s something Avery could theoretically do.

I understand Gilbert’s lack of desire to give Larry Drew a raise considering he’s paying like 3 coaches right now, but now that Kevin Love has spoken out about him wanting Drew to be the coach, and HE’S your franchise player now, I think the safest bet would simply be to open your wallet and give Drew a new deal making him the permanent head coach moving forward. This is CLE though, so they will for sure fuck this whole situation up.