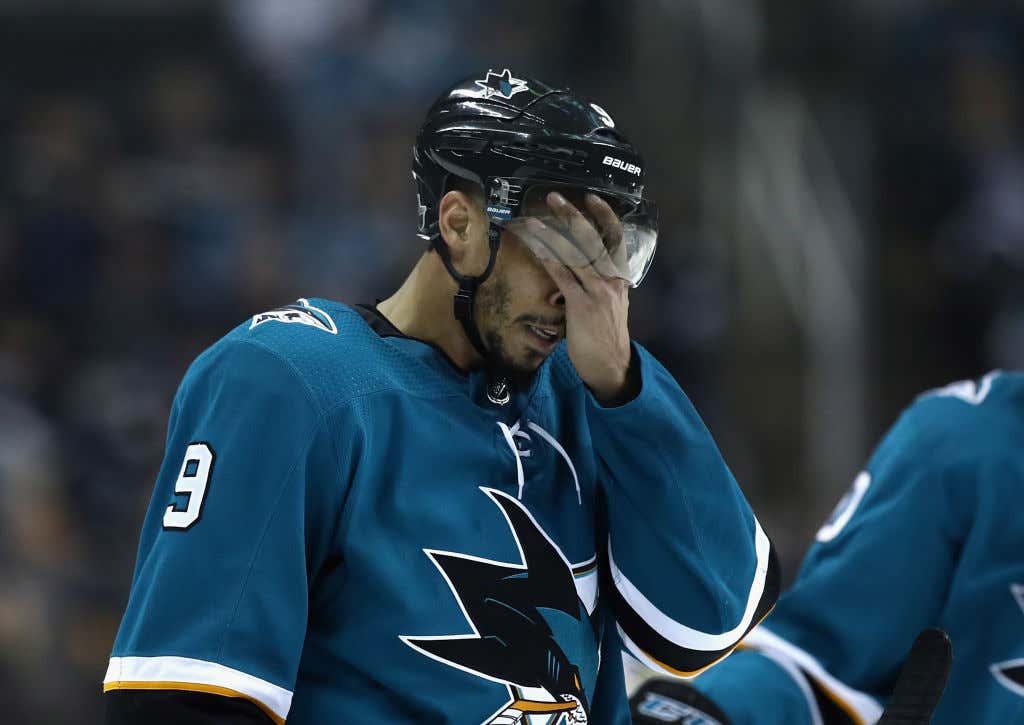 TMZ- NHL superstar Evander Kane is being sued by a woman who claims he promised to pay her $3 MILLION to abort their child … so she did … but he never ponied up the dough.

In her suit, Doe claims Kane told her proceeding with the pregnancy would be a “huge mistake” so he started “bullying” her into seeking a 3rd abortion.

When she refused, Doe claims Kane offered her $1 million to change her mind. She told him no. So, Kane came back with a $3 million offer … and it was an offer Doe admits she couldn’t refuse.

Doe claims she had the abortion in June 2018 — but Kane never made good on the $3 million payment.

Evander Kane in the news again and not for the right reasons. TMZ is reporting that Kane offered to pay his ex-girlfriend $3 million in exchange for her to have an abortion then never paid.

Kane reportedly knocked up “jane doe” three times and on the third time, the woman refused to abort it. So Kane offered to pay $1 million, in which she refused, then offered up $3 million and she accepted. That’s his entire signing bonus for the 2018-19 season. Kane signed a 7-year, $49 million contract this summer with the San Jose Sharks.

I’ve got to be honest, one thing Biz and Whit have taught me is not to believe all these stories reported about players and a lot of time there are two sides to it. But this time, I have got to admit, I’m not surprised at all. I’m not trying to sewer Kane, but why is this shit always happening to him?

I mean, in December of 2015 he got in trouble in Buffalo for an alleged incident at a hotel then in July 2016 the guy was charged with 4 counts of non-criminal harassment and 1 count of criminal trespass, a misdemeanor, for harassing 4 girls and a bouncer at a bar in Buffalo (all charges dismissed). So, It isn’t crazy of me to think this.

I could be completely wrong and Kane could be the best guy in the world. If that is the case, this guy has some really shitty luck.