(Above is from weeks ago, below is from now)

Sources told Clickbait Smits that on last Thursday, October 25th, Smitty wished to have a Red Dead Redemption II blog Tweeted out by the main Barstool Sports account. Such a request is not uncommon. Usually the blogs are Tweeted out manually by the social media team, but whenever a blogger has a specific post that’s great or think it’ll do well numbers wise, they ask a superior to make sure it gets Tweeted out to the 1.3 MILLION followers on the account. When Smitty asked his higher up to make sure a link to one of the most watched live streams in Barstool history was Tweeted, he was directed to give all the information to Nate. Interesting. But…we thought Nate was just a blogger? What’s he doing overseeing social media? To his credit, Nate did his job and got the Tweet up with no problems whatsoever, but the entire exchange definitely raised an eyebrow. Especially since it seems like more Tweets from the Barstool Sports main Twitter account are egregiously linked to one blogger’s posts more than others as of late.

Now, if that suspicion were true, why would this be a BIG deal? Well, like I stated above, Barstool has almost 1.3 MILLION followers on Twitter. It’s an ubiquitous power on the Internet and a force that can weaponize social media with a single Tweet. It’s no secret around these parts that getting your posts featured on the main Barstool Sports Twitter account is important. If someone’s blog is Tweeted out, it’s considered an honor and privilege to be broadcasted to millions and possibly receive an ungodly amount of all-important pageviews. That’s the reality, folks. Pageviews affect the rankings and dictate salaries. Any edge you can get in the game is beyond huge. Above all, the Barstool main Twitter account should be used in the best interest of BARSTOOL SPORTS. It’s not for any one individual to slyly make themselves look better. Whatever’s Tweeted out for the blog should benefit the company as a whole.

In response to pure inquisitiveness, we decided to go back and record every single Tweet put out by the Barstool Sports main Twitter account from the last workweek: Monday 10/22 to Friday 10/26. Below are the facts discovered. I URGE anyone and everyone to check on these results found on @BarstoolSports on Twitter from 10/22-10/26. Now, there’s a lot of action on the Barstool Twitter account. Keep in mind these results are NOT videos, social media clips, or advertisements. They are DIRECT LINKS back to individual posts in an effort to spread the blog and garner pageviews. An example of a random Tweet that doesn’t directly affect the blog/pageviews is this:

While examples of Tweets that link DIRECTLY back to the site and affect numbers for the bloggers look like this:

*And that’s with 2 of Smitty’s 6 Tweeted blogs being specifically asked to go out on the Main Account – Drake Owning Esports Team/#RdR2 Stream, so in reality only 4 were going to go out unless prompted

As far as I know (and confirmed by sources in the know), there’s no algorithm for what gets posted on Twitter by Barstool. It’s all at the discretion of the Tweeter in charge of scheduling. It has also been confirmed that Nate was in charge of scheduling for bloggers from at least Tuesday 10/22 thru Friday 10/26, and the power to schedule/Tweet for at least the full week, and more.

Obviously there is a huge discrepancy in the numbers of blog Tweeted from last week. Why is that? Well, for one, Kmarko is always leading the league in pageviews and constantly dabbles in the art of viral stories/what’s hot in the Internet streets. Him being Tweeted more than others is very understood, if not encouraged by all. Kmarko and his stories get engagement, and it’s great for the site. So Nate’s blogs and engagement must have been just as good last week to warrant 19 separate Tweets back to his blogs from the Barstool Sports main Twitter account, right? Well, let’s see.

A good eye-test to whether linked blogs are getting legs on Twitter is 100 Likes. You get above that mark, then it’s deemed as OK. Not great by any means, but OK. If a blog can’t get above 100 likes from the 1.3 MILLION followers, well, not the best look. It’s not the worst thing in the world if it happens once or twice, but I wouldn’t make a habit of it, ya know? A single Barstool Tweet has the ability to garner the engagement of tens, mid-five-figures, or HUNDREDS of thousands. You do NOT want to be that guy/gal whose blogs constantly fail in the eyes of 1.3 MILLION followers. Last week there were 9 blogs Tweeted that got less than the minimal benchmark of 100 likes. Let’s see what they were: 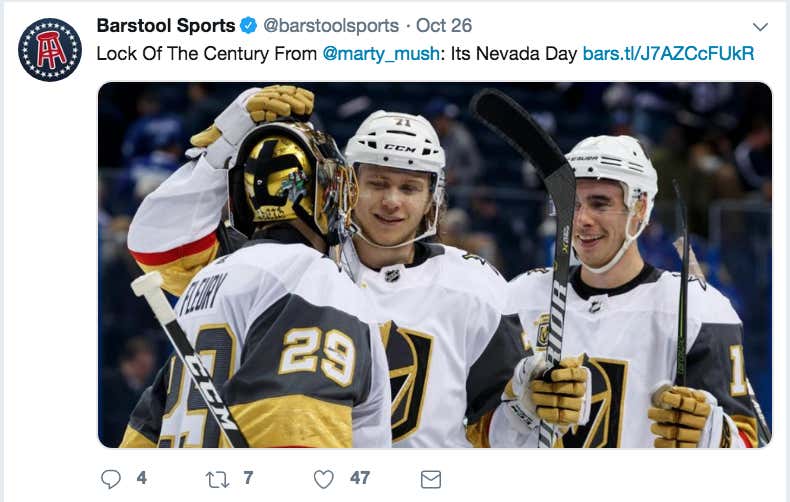 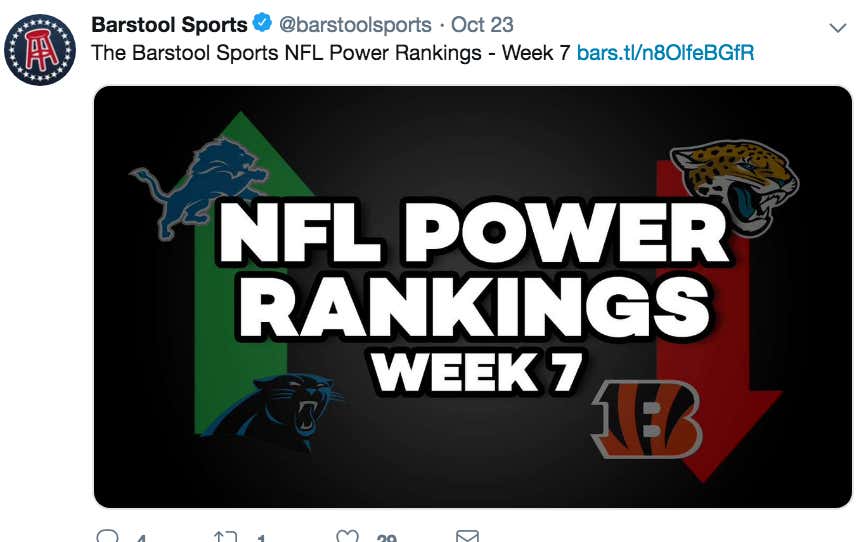 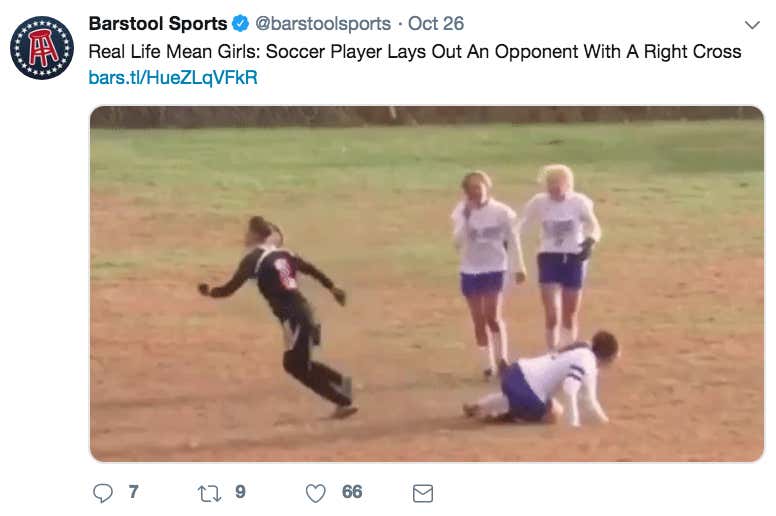 A Michigan pedo blog by Liz that barely missed the cut – 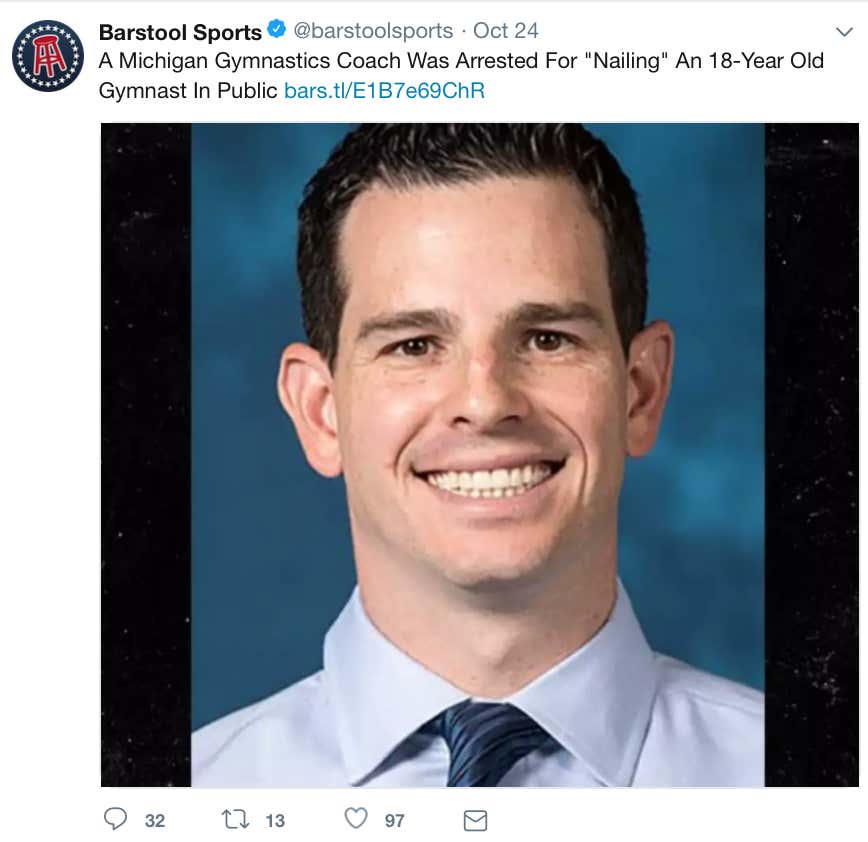 And…wait for it…5 SEPARATE POSTS BY NATE!!! 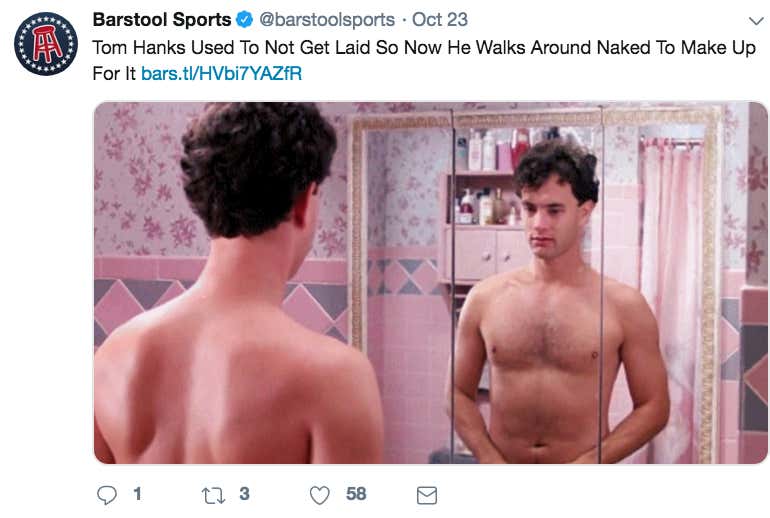 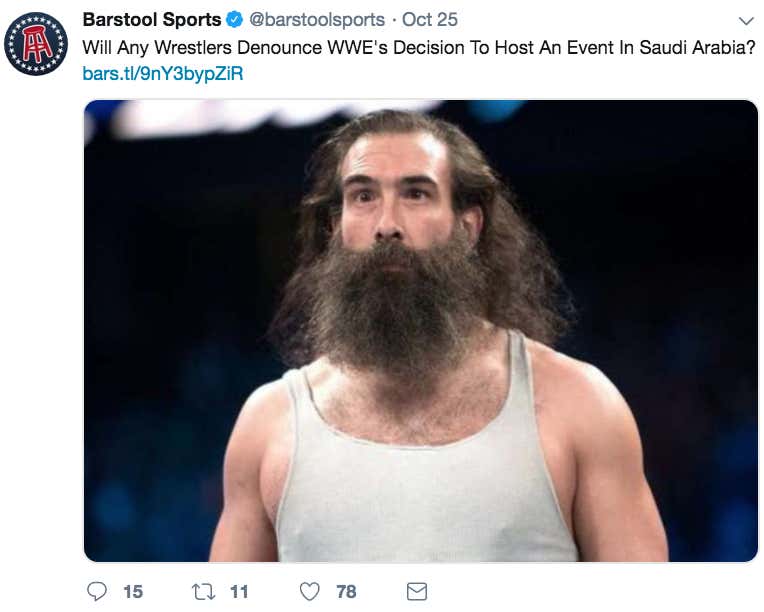 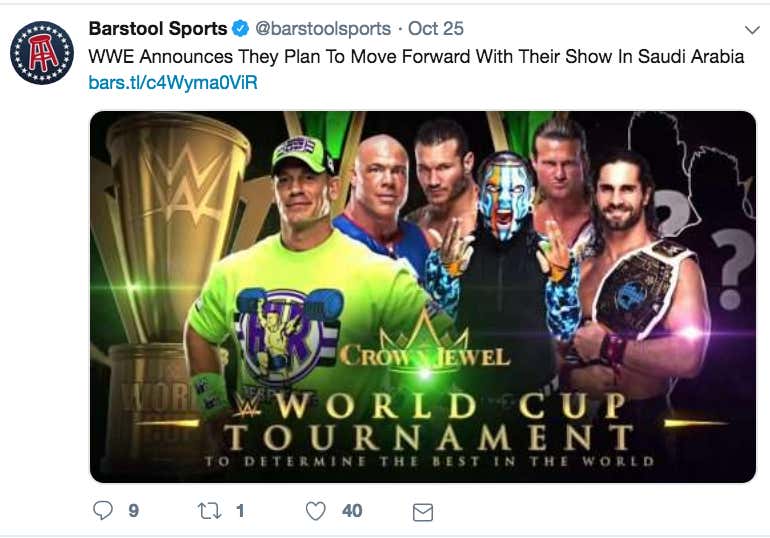 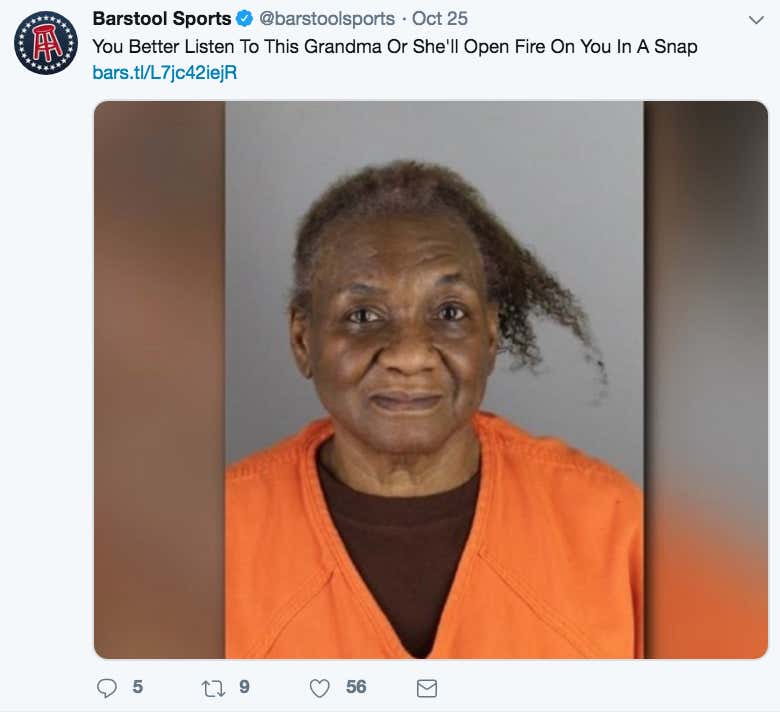 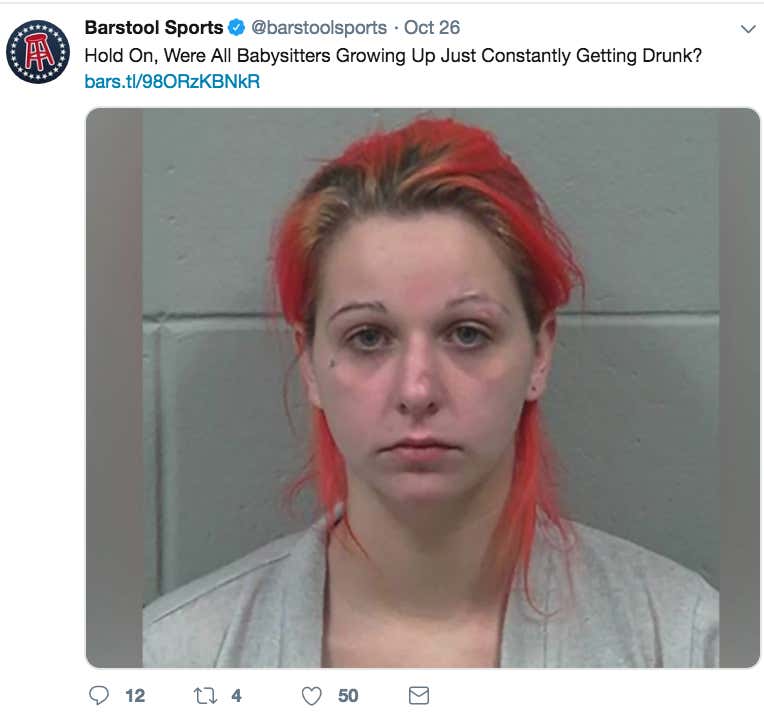 Wow. Just, wow. Not to mention there are two other VERY localized blogs that Barstool Sports doesn’t necessary Tweet out much anymore unless they were really, really engaging. I mean, Carrabis is in the, and his World Series and only got 3 Tweets. Here are two random, non-huge story DC sports blogs that were also Tweeted out last week: 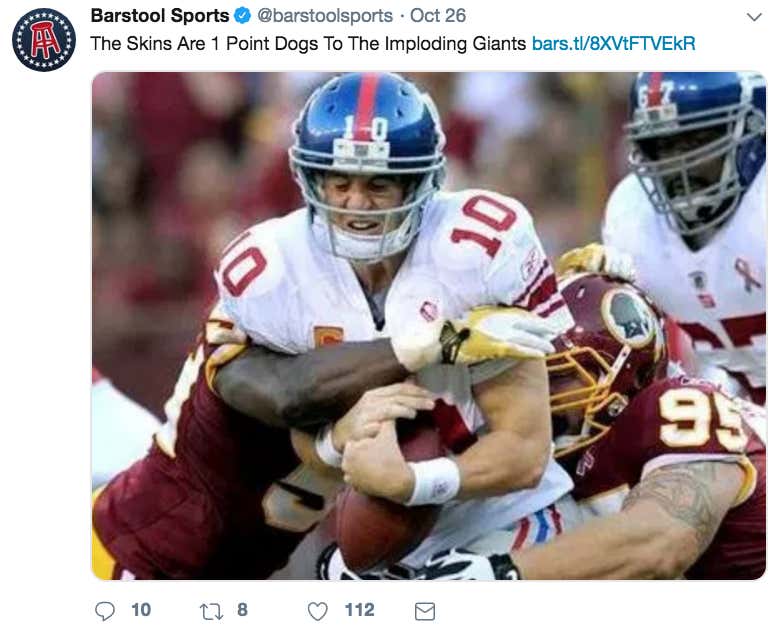 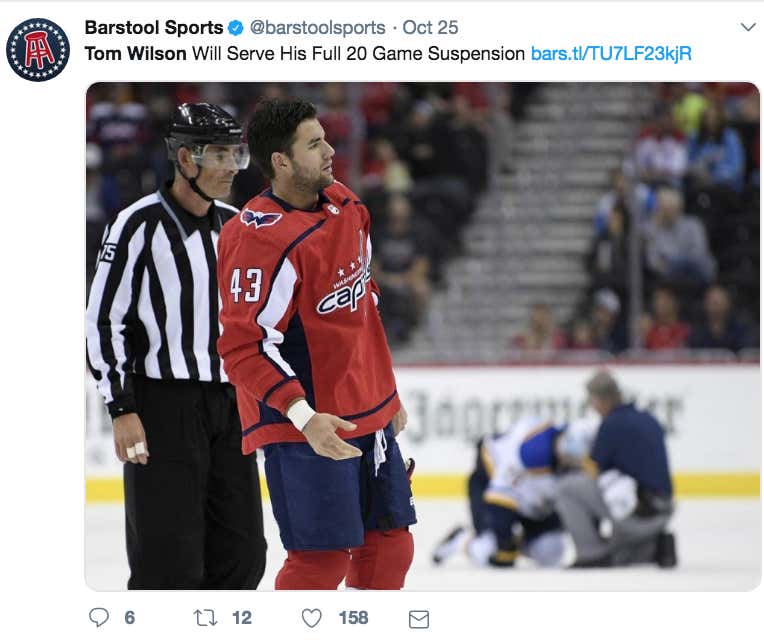 Interesting. Very interesting. So that’s at least 7 Nate posts Tweeted out to 1.3 MILLION eyeballs that can be argued should’ve never went out in the first place. That’s more Tweets than my main man Smitty had Tweeted out all WEEK (in which only 4 would’ve been sent since 2 were basically ordered), and he STILL beat Nate in pageviews. Imagine if those 7 invaluable timeslots promoted blogs that Francis, Clem, Donnie, Trent, Riggsy, Kayce, Jordie, Kate, El Pres, or ANY of the other talented bloggers on this staff that have proven to move the needle? Nate wrote 28 blogs last week and had 19 total Barstool Tweets back to his blogs. Meanwhile, Reags had a league leading 40 posts and only had 2 links on Twitter. What does that mean? I’m not sure. If anything, it’s food for thought.

I, Clickbait Smits, am only looking for what’s just and truthful in this world. If someone was indeed using the Barstool Twitter account for their own personal gain while disparaging others AND the company, well, that’s not good for anybody. Something stinks here, and it’s important to figure out the source of the smell. Especially if it’s still affecting the Barstool Sports and the livlihoods of the bloggers within. Above are the facts. Interpret them as you please.

PS – As of writing of this post, 4 links to Nate’s blogs have appeared on the main Barstool Twitter account today (2 more than any other blogger). FOUR!!! One of which was a Boogie McFarland double-post, and Nate’s version was the one “Chosen”. Power corrupts. Absolute Natey power corrupts absolutely. Somebody’s gotta be a watchdog for what’s right. 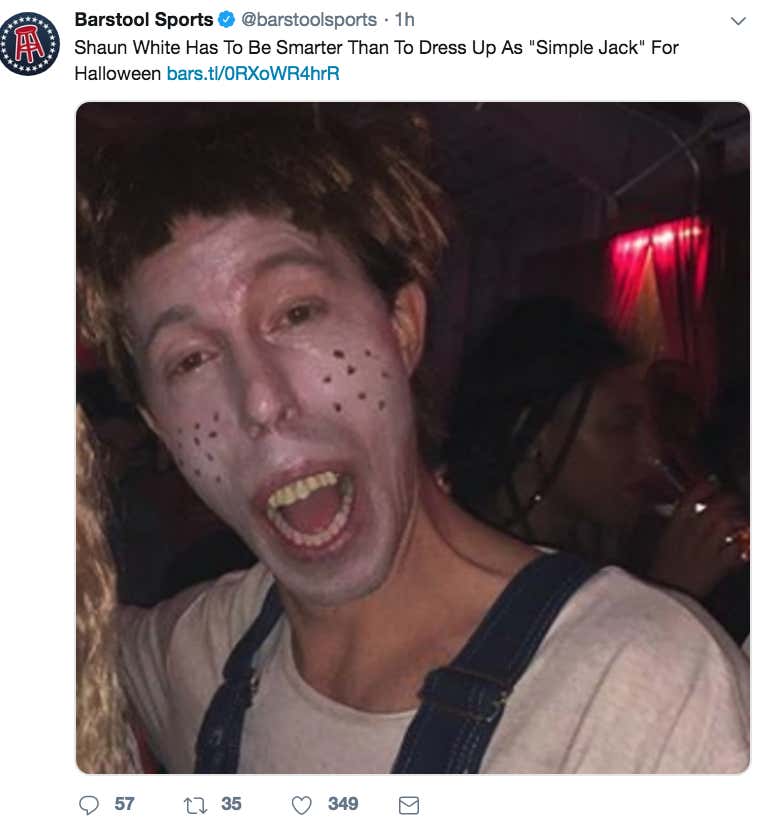 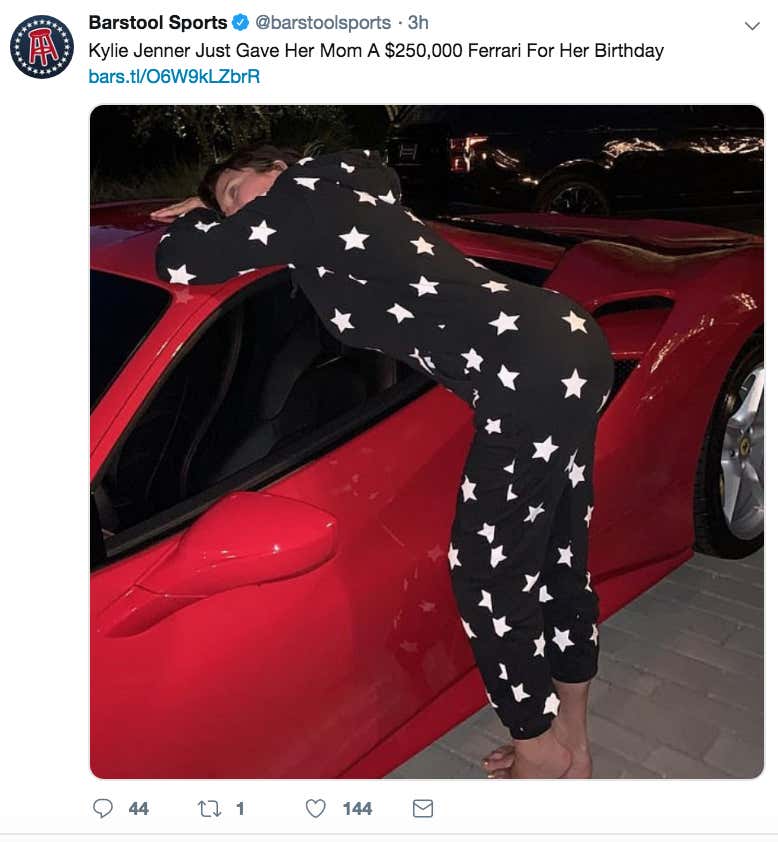 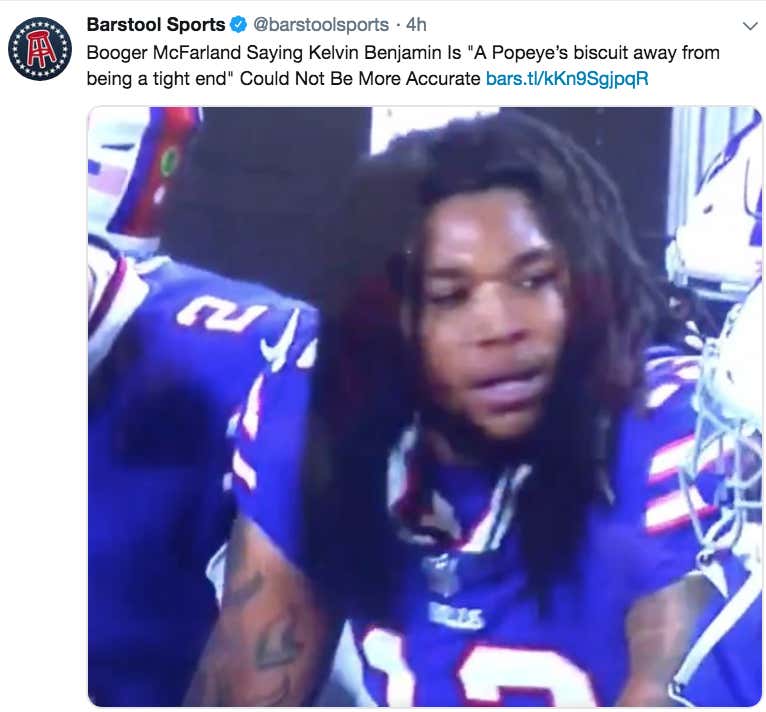 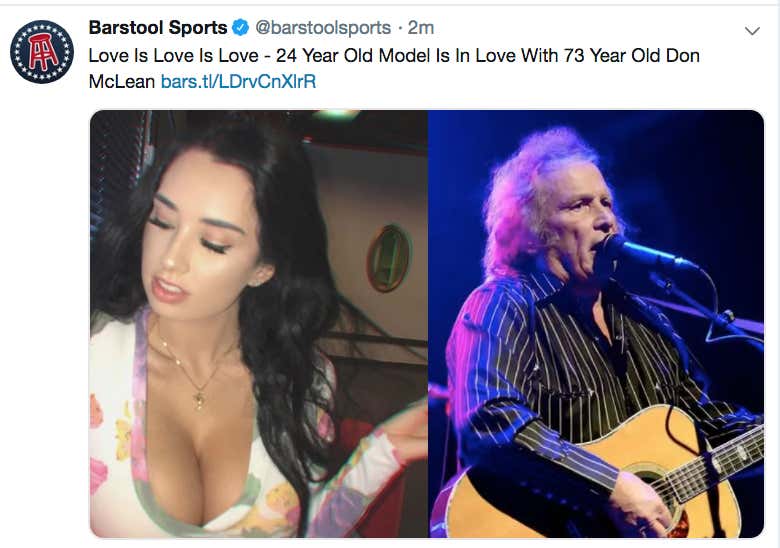