GIFs don’t do this goal justice because it’s the *ping* you’re really looking for here. But Elias Pettersson is 19-years-old. He’s a rookie. And he already has one of the biggest “fuck you” shots in the National Hockey League. And what I mean by that is that his shot is show lethal that he doesn’t even have to pretend like he’s trying anymore to snipe goalies to death. Just take a look at this. 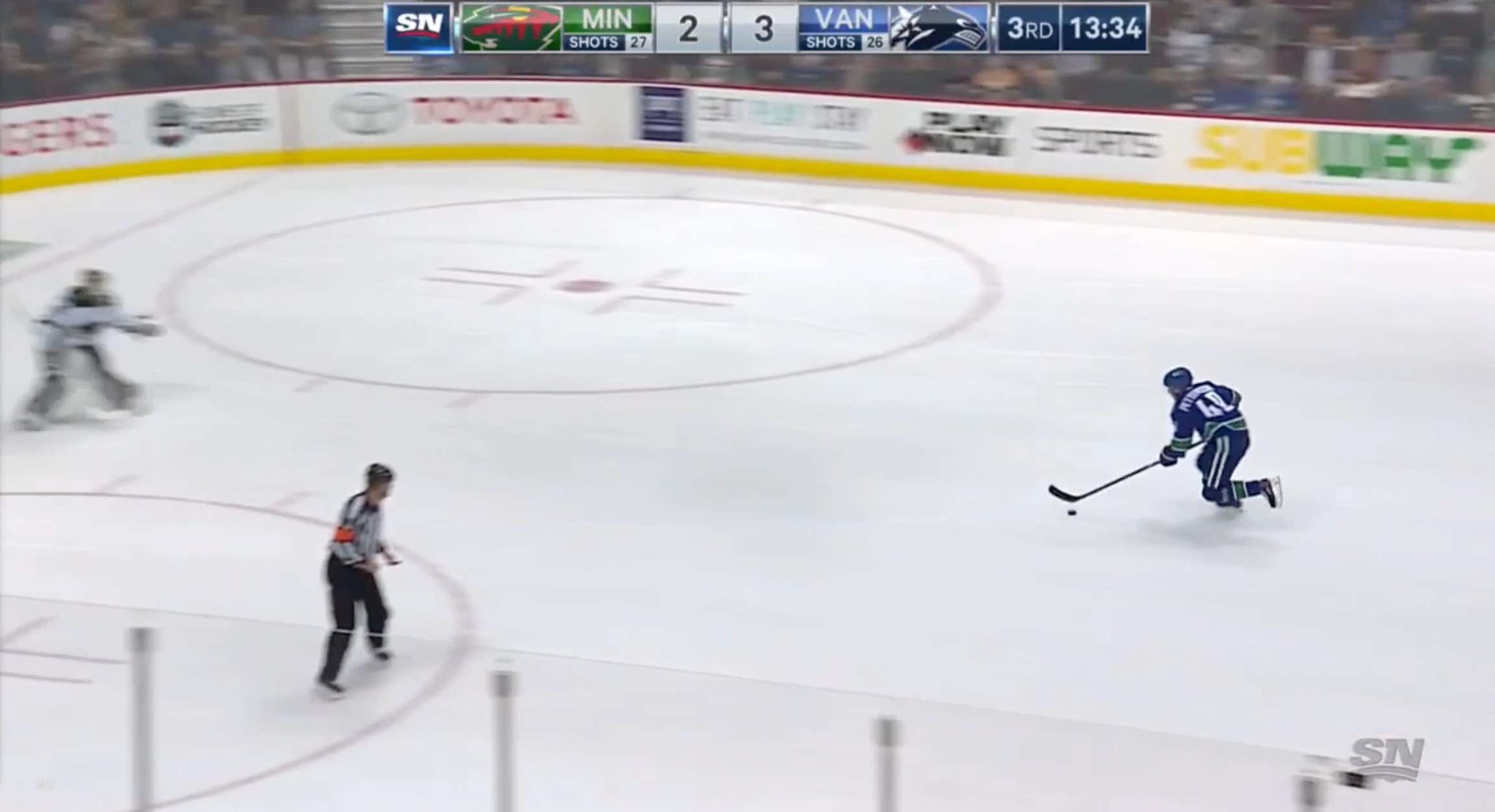 He’s the only player in the frame from the moment he crosses the blueline. He has so much time and so much space to work with. This isn’t a breakaway, this is a shootout attempt in the middle of regulation. Elias Pettersson has the rare opportunity to have enough time to break out any move in the world right here. He could go with a simple forehand-backhand, he could break out the Forsberg to pay tribute to a fellow Swede, he could do anything he wants. Instead? He gets to the hashmarks, makes Dubnyk drop his shoulders anticipating some sort of dangle to be on the way, and then goes top bunk bar Mexico with a ping so pure that Dubnyk probably still hears that pipe ringing in his ear this morning. It’s cruel and unusual punishment, especially coming from a teenager. 7 goals in 7 games for Pettersson so far this year. Teemu might want to watch his back. 76 is in jeopardy.