Listen I don’t want to be writing this blog right now. I want to be soaking in the World Champion Boston Red Sox fourth banner in 15 years. Watching the postgame interviews, scrolling Twitter, selling a billion t-shirts, booking my train back to Boston for the parade. Check all the typical Championship boxes. But I can’t because the dumbest people on the planet decided to climb out of their rat-infested holes and start whining like fucking cowards because the Red Sox rightfully played “New York, New York” in the clubhouse while hoisting the Commissioner’s Trophy.

I admit this would be a really weird move if it came out of nowhere. If the Red Sox just quietly walked through the playoffs and out of the clouds decided to play “New York, New York” for no reason whatsoever. That would have been strange for sure. But what these fuckfaces can’t seem to understand is that the Red Sox didn’t start this. This was a response to Aaron “Choke Artist” Judge’s idiotic move after Game 2 of the ALCS.

Since this moment the Red Sox have lost twice. Once to the Astros. Once to the Dodgers after an 18-inning war. Nonce times to the Yankees. It cauterized this team. They played it in New York after they dusted the Yankees 20-4 over the next 18 innings of the ALDS. They played it after they bodied the Astros in five games just for Alex Bregman to see on Instagram. And now after a wildly uncompetitive World Series you bet your fucking ass they played it at Dodger Stadium. Why? Because fuck you, that’s why. This song is no longer called “New York, New York.” It’s called “Start Spreading The News.” It belongs to the Boston Red Sox. You want anyone to blame, look at Aaron Judge and tell him thank you from the Mick Man. Because it turned out to be the worst shit talking in the history of turds and voice boxes. We’re not talking about the Yankees right now. We’re talking about the team that laid waste to Cy Young winner after Cy Young winner, 100-win team after 100-win team, defending Champs, defending NL Champs, whoever got in the way is now a bug on the windshield. That’s who we’re talking about.

PS – To you idiot Yankee fans crying, “Oh you just won a World Series and you’re already talking about us! Big brother! We own so much real estate in your heads!” Try and remember you chanted “1918” for EIGHTY SIX FUCKING YEARS. I’m sure they weren’t chanting it in 1919, but that’s beside the point. Frank Sinatra is officially a Boston resident now and there aint shit you can do about it. You’re dead. Just lay there and keep letting the dirt pile up on your chests. Start spreading the motherfucking news that the Boston Red Sox have now won FOUR World Series this millennium. Eat my goddamn shorts.

And oh yeah, PLEASE go out and sign Manny Machado to play shortstop next year so he can take more big league hacks against Chris Sale like this. 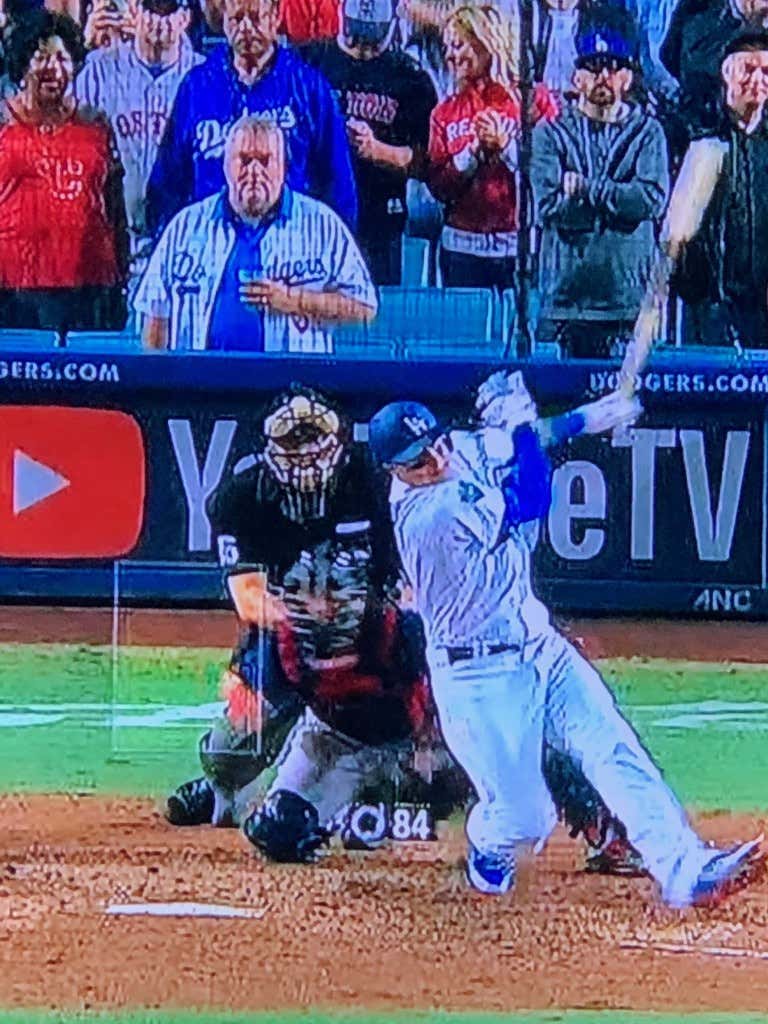