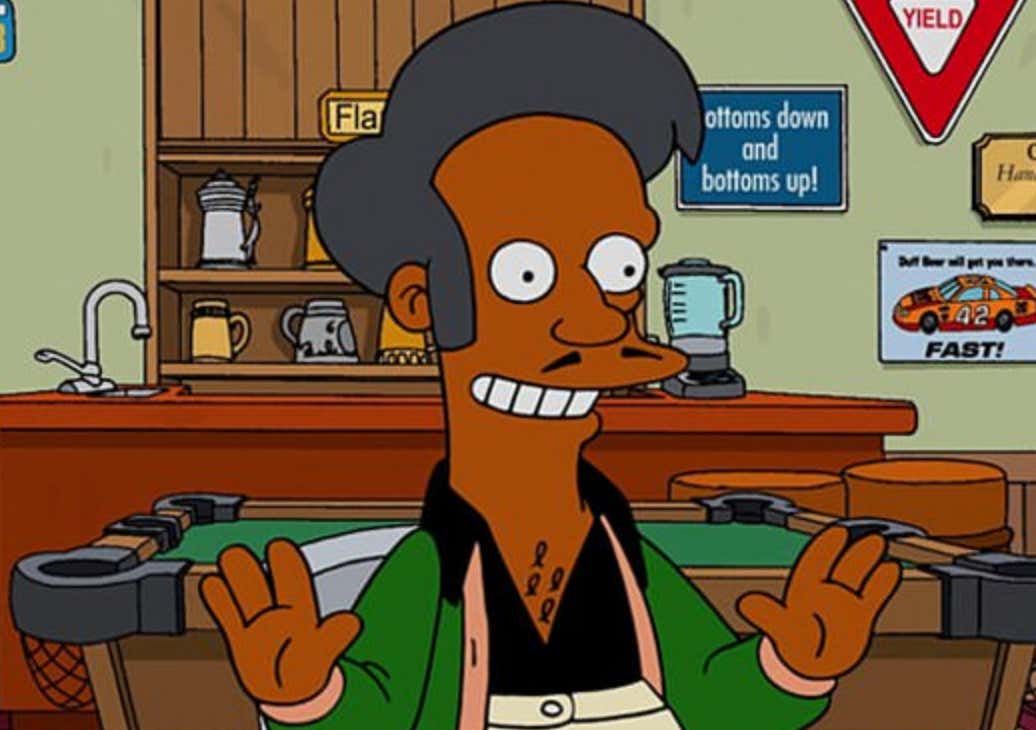 DM – The Simpsons is set to axe Kwik-E-Mart owner Apu after a backlash over the Indian character’s racial stereotyping. He’s one of the shows most well-known characters but a documentary last year entitled The Problem with Apu sparked a fierce debate over his inclusion. The film, made by comedian and film maker Hari Kondabolu, focused on how the Simpons might be stereotyping the South Asian community with the character. And now it has been reported that Apu Nahasapeemapetilon might be removed from the long-running animated series entirely. In an interview with IndieWire, producer Adi Shankar revealed that he’s verified from ‘multiple sources’ the removal of Apu from the show. He said: ‘They’re going to drop the Apu character altogether. ‘They aren’t going to make a big deal out of it, or anything like that, but they’ll drop him altogether just to avoid the controversy.’

Sure, maybe The Simpsons could’ve adapted the character or addressed the situation on the show, but it’s 2018. This has devolved into a very sensitive, tricky situation. It’s probably best just to cut things loose. And I get it. You can’t have a white guy voicing a perceived “Sterotypical” Indian in this day and age. You just, can’t. It doesn’t matter that Hank Azaria is the voice for about a billion and one characters on the show, you just can’t have it. Things are different now, just as they were different a generation ago and generations before that. My grandparents used to watch reruns of All In The Family and, even as a kid, I was pretty taken aback by Archie Bunkers’ “Colorful” remarks. That character is still considered an American icon on the silver screen but he would be considered a huge racist nowadays. In the ’70’s, I suppose it was all par for the course. In the ’90’s up until recently, it was accepted you could have an Indian character (who works at a convenience store and practices Hindu) who is voiced by a white dude. Hell, just YouTube Al Bundy fat shaming and you’ll open a window into a whole different world, and that wasn’t that long ago. Things were different up until recently. I mean, shit, John Wayne once played Genghis Kahn and almost got away with it, that is if the role didn’t possibly kill him – Seriously). But it is what it is, and Apu is a casualty of the time.

I just hope his many kids and the Kwik-E-Mart are taken well care of. RIP Apu.