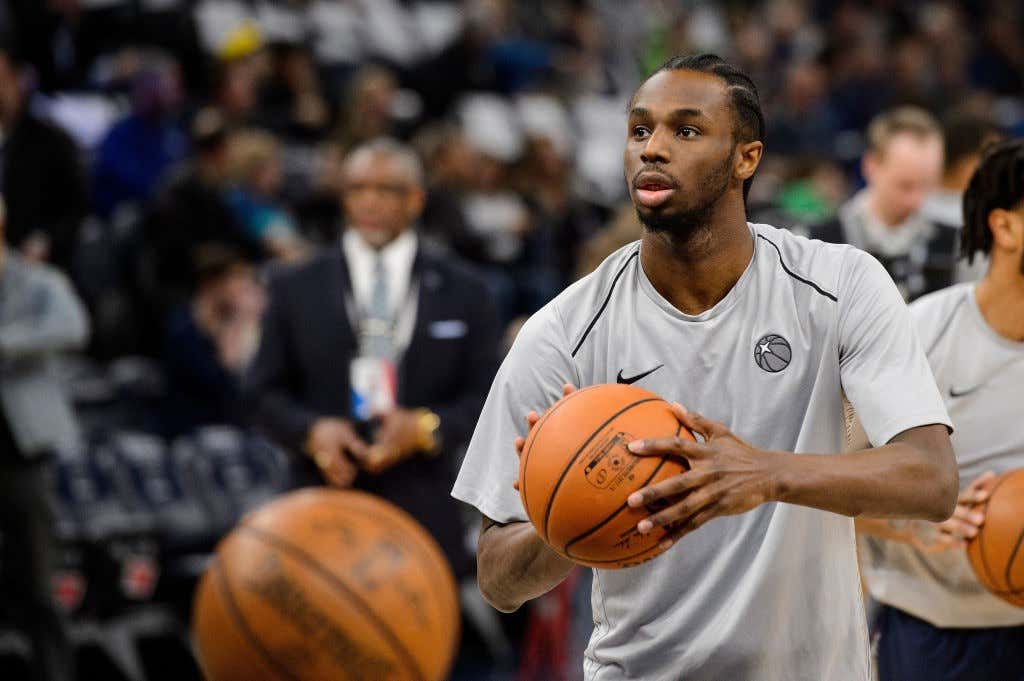 (Toronto Sun) – It has not been pleasant, the relationship between Andrew Wiggins, his family and Canada Basketball.

In fact, that may be something of an understatement, considering what’s gone on in the past between Canada’s most accomplished active basketball player and the governing body of the sport in this country.

Wiggins said yesterday he wants to play for Canada in the future. He said it with a straight face.

“I’m going to try and play, but we’ll see what happens,” said Wiggins, in Toronto with the Minnesota Timberwolves for a game against the Raptors at Scotiabank Arena that he sat out with an injury. He said he’s going to try. That’s what he says. Believe of that what you will.

When Canada Basketball first reached out to Wiggins to play national team ball years ago, the family reached back to it in return. It wasn’t a warm and fuzzy beginning.

The back-and-forth went something like this: If you want Andrew to play, it’s going to cost you money. And if you want Andrew, you’re going to want his brothers, too. This wasn’t your typical tryout invitation and recruiting session. This was part-negotiation, part-stick-up, or so the story goes.

And Canada Basketball did what it believed was necessary at the time. It apparently paid decent money for Wiggins to play for Team Canada. No one will tell you how much is pretty good money, but an organization without a lot of cash, had to come up with some.

Apparently, Canada Basketball came through with what it felt it had to pay. Wiggins showed up to play in the pre-Olympic qualifying tournament in Mexico a year before the Rio Olympics. Wiggins didn’t play particularly well at the tournament, didn’t fit in all that well, and wasn’t thrilled with life in Mexico. And when Canada played the final game of the tournament — with a win needed against Venezuela to advance — Wiggins was a non-factor.

This story has me conflicted. On one hand I respect Andrew Wiggins using his leverage with Team Canada to get paid and get his brother a roster spot. What’s the point of leverage if you never use it? But at the same time, he’s definitely kind of an asshole for making his national team pay for his services right? Like he’s not nearly good enough at basketball to have those kind of demands, and sadly Canada whose backs were against the wall had to caught up the dough. Now I’m no expert, but a quick Google session tells me that players don’t normally get paid for their involvement in their national team’s games. For example Team USA gets a per diem, and there is a cash payout if you win a Gold medal and things like that, but a lump of cash just to play? What a dickhead.

And I get it, NBA players assume some amount of risk when they sign on to play in the Olympics, as they don’t have any sort of insurance or anything like that if they get hurt. If the player is on a contract year or things of that nature, I could get them not wanting to participate since this isn’t exactly their main source of income. What I found funny here though was since this was before his massive extension, it was actually our first sign that maybe paying Wiggins a shit ton of money to play basketball might not be the best investment. That last sentence of the excerpt sums it up perfectly. Gave him all this money and in reality, he was a non factor. Doesn’t that sound familiar?

Again, I respect the snake it till you make it mentality. Far be it from me to hate on any player that secures the bag, but that doesn’t mean this still isn’t a terrible look. You can’t have all these demands and then lay an egg once the games start. Fortunately for Team Canada, they won’t really have to rely on Wiggins for too much longer. There is a new “Andrew Wiggins” on the horizon, only he looks like he may actually live up to the hype. Maybe you’ve heard of him, his name is RJ Barrett

Honestly, when you look at the eligible players for Team Canada, I say Wiggins isn’t worth the headache. There’s guys like Jamal Murray, Kelly Olynyk, Tristan Thompson, Shai Gilgeous-Alexander, Dillon Brooks, Trey Lyles, hell even Nik Stauskas. Pretty sure they would all love to play for their national team for free, and not be a huge dick about it.

So was I surprised that Andrew Wiggins apparently had his national team by the balls only to disappoint everyone involved? Not really, but I’m curious, if you’re a Canadian stoolie reading this, what are your thoughts on Wiggins? I feel like it’s one thing for MIN fans to hate him because he hasn’t really gotten any better since he got there, but what about people from his homeland? Remember he was supposed to be this savior, the next LeBron, all this shit, and frankly it’s been a complete disaster since he entered the league for any team he’s played on, whether NBA or in the Olympics