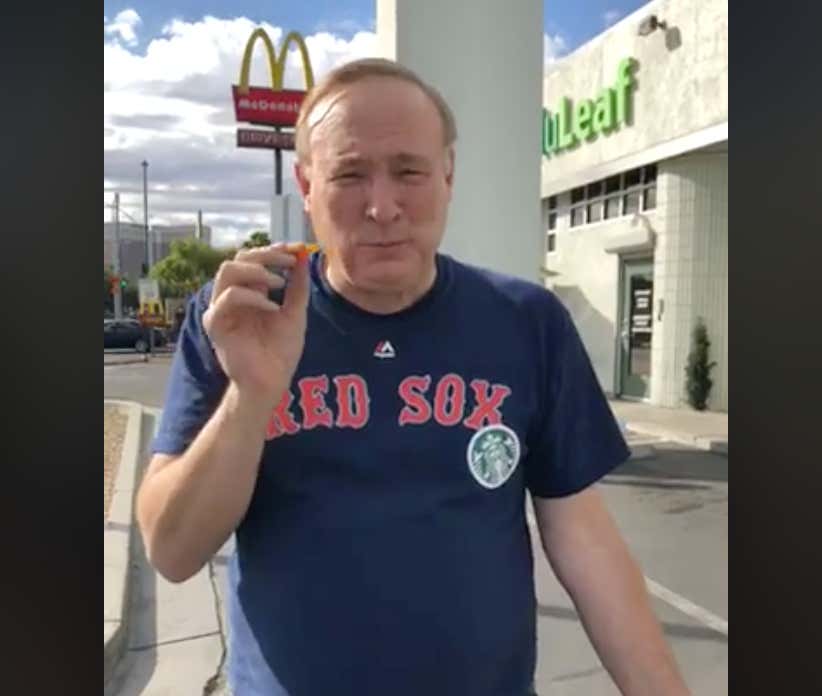 Source -  A Utah Democrat recorded himself gobbling a marijuana-laced gummy bear for the very first time ahead of a crucial vote there over the legalization medical marijuana.

State Sen. Jim Dabakis, a Democrat who represents District 2, traveled to Las Vegas over the weekend and visited a marijuana dispensary to pick up the candy.

“We’re looking at major changes in Utah laws. At least one legislator ought to see what this thing is all about,” he said. The pol, an admitted pot “virgin,” dropped $30 of his own cash on a bag of tangerine gummy bears from NuLeaf Marijuana Dispensary. Then, he posted live video of himself taking a taste on Facebook.

Jim, Jim, Jim. Smh. Who do you think you’re fooling, buddy? You’ve never “shot up” marijuana in your life? You just ripped through a bag of edibles with your teeth. 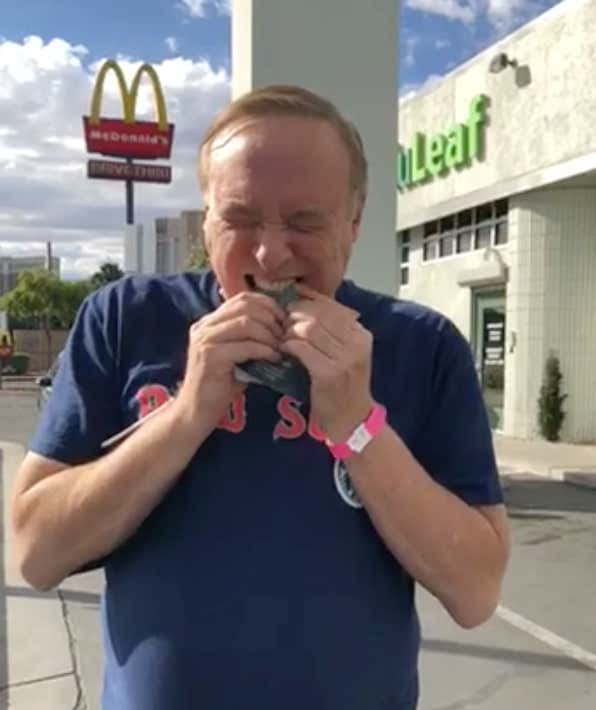 Not only have you shot it up, you’ve smoked it. You’ve knifed it, you’ve bonged it, you’ve toked it, you’ve ripped it. You’ve done it all. I, and the fine people of Utah, are not going to be fooled by that hack of an acting job you just displayed. Nice shirt though.

I maybe would’ve believed him if he didn’t try so hard but everything he said was exactly what you’d say if you wanted people to believe you’ve never smoked pot.

“As great sacrifice, without any taxpayers’ dollars, I decided to come to Las Vegas and see what the whole folderol was about.”

“It’s not easy to open. I don’t think we have to worry about kids getting into it.”

“I Have no idea what it’s going to look like!”

“I wouldn’t recommend it as a sheer candy…it’s a little bitter!”

Maybe he was just too high to realize how obvious he was being. Probably threw in some Clear Eyes and forgot he smoked in the first place. Happens all the time.

Whatever the case, if on the off chance Jim wasn’t a pot smoker before his trip to Vegas, he is now.

Two days later, he reported on his first high in another Facebook video. “I felt a little high, you know, a little bit OK, but it didn’t change my life,” Dabakis said. “It wasn’t like ahhh! So, everybody, mellow out. Recognize that this is nothing to be afraid of ‘cause the people that are terrified by it seem to be the people who have never tried it.”

Will the people in Utah listen to him and vote to legalize weed? Probably not, but at least he knows the truth. Now if we could only get him to start telling it, then we’d be onto something.