I wasn’t a huge baseball guy growing up. Probably because I sucked in Little League. I didn’t play a D1 College sport like Francis so when I say baseball was my 5th best sport you know I was pretty bad at it. I was just such a space case. I remember in one game after the pitcher attempted to pick me off at first, the first basemen pretended to throw the ball back to him, I fell for it, stepped off the base, and was immediately tagged out. It was humiliating. On the bright side, sucking at baseball is probably what motivated me to develop a sense of humor. Everyone knows that when your young, being bad at little league is pretty much social suicide. As a result, I had to either learn to make people laugh, or settle for only being friends with the kids that smelt bad and burnt ants with magnifying glasses for fun.

Last year, however, I finally realized how much fun baseball can actually be when I visited a virtual screen baseball club in Shanghai’s Korea town. In South Korea and Japan, screen baseball is apparently an extremely popular pastime but neither I, nor my friends, had ever seen it played back in the US.  I know there are probably a few places in the country where you can play but I think back in the states screen baseball is mainly just found in college and professional training facilities to help players practice. So what exactly is Screen baseball? It’s pretty much a batting cage but where the pitching machine would be, there is a giant screen that digitally recreates what you would see if you stepped up to the plate in a professional baseball stadium. 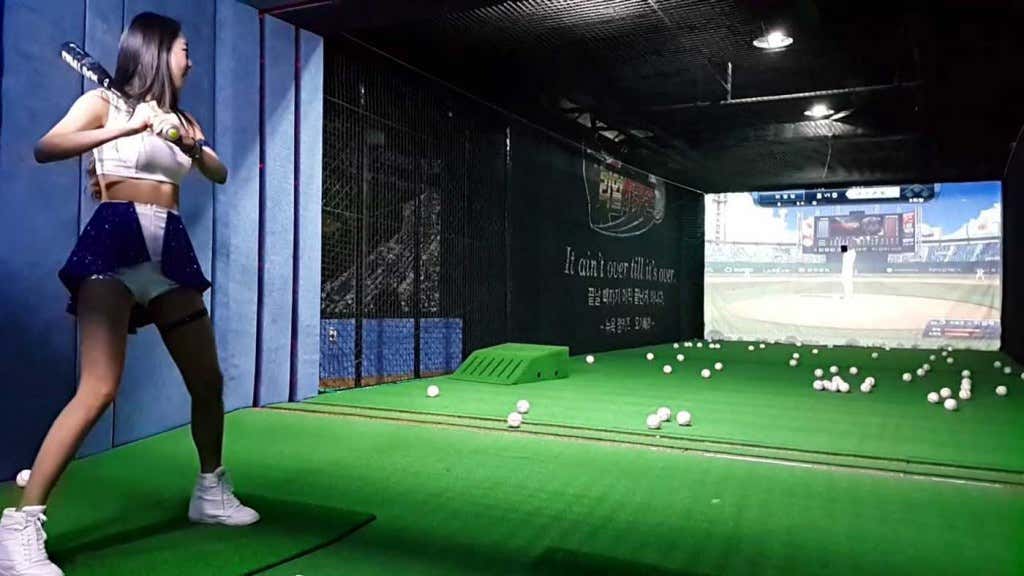 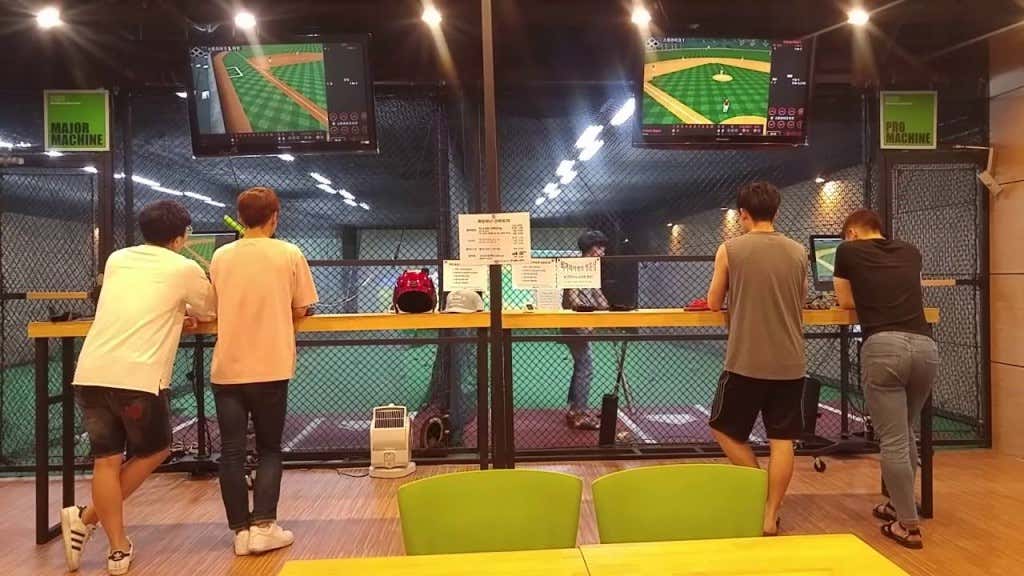 The virtual pitcher winds up to pitch and the moment the ball leaves his fingers an actual baseball comes shooting out of a hole in the middle of the screen. Both the bat you are using and the ball has sensors in it so depending on how you make contact, the players on the screen react as if you’ve just hit a foul ball, pop fly, single, double, triple, ground out, or home run. No, the graphics aren’t great, but the way the sensors predict the type of hit is very realistic. Below is a clip of my friend grounding into a double play. What an idiot!

If you go with three friends, you can each be your own team, play nine innings, and see who has the most runs by the end of it. Each player can also chose their own difficulty level so if you’re there with some weaker friends (read: girls #sexism) they can still have fun too. If you set the difficulty to hard you need to make damn near perfect contact for it to be a home run but if you set it to intermediate or easy the sensors are a bit more lenient. Another sweet thing about it was that the “clubhouse” at our facility sold beers, sochu, and fried chicken so when your friends are up at bat swinging for the fences, you can get sauced in the dugout. I was absolutely CRANKING Yabos but unfortunately my friends made me film their shitty at bats but didn’t bother to capture any of my dingers on tape.

A friend of a friend apparently works for a start-up in Austin that is trying to build a chain of these places all around the US so hopefully you guys will be able to give it a go sooner rather than later. However, by that point they’ll probably already have VR baseball where you just put on goggles and it actually feels like you’re in a real stadium and not staring at a screen with PS1-era graphics.