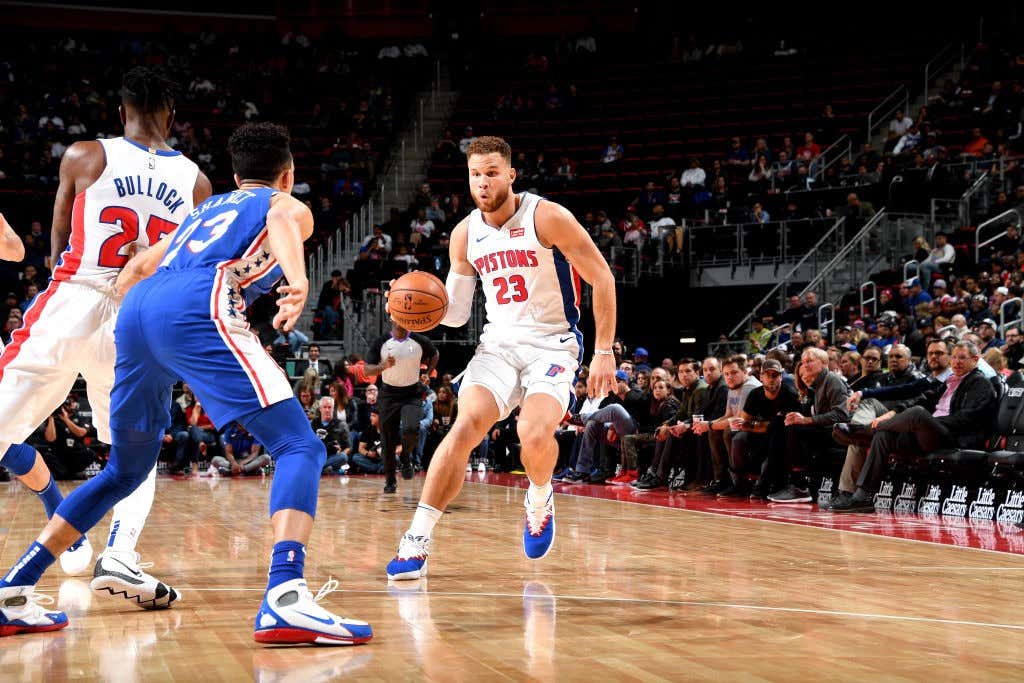 I know, I know, baseball is on and nobody gives a fuck about October NBA basketball but look when you have the first 50 burger of the NBA season, you have to blog it. That’s exactly what Blake Griffin gave us and the Pistons remain undefeated after the thrilling overtime win over PHI. Just your casual 50/14/6 for Blake on 20-35 shooting including 5-10 from deep. What a goddamn performance. Not to mention the biggest play of the game, when DET ran a beautiful ATO to seal it at the end of OT

Just brutal defense between both Amir Johnson and Embiid there. Then once he got to the rim, Robert Covington either needs to tackle him or let him score, instead he chose option C which was to foul AND give up the bucket. Not the greatest decision these eyes have ever seen. And honestly it was a fitting ending to a wild game that saw JJ Redick drop his nuts just a possession before

and it appeared he saved the day just like he did against the Magic last week. But in the end, nobody could stop Blake and the Sixers fall to 2-2.

We also got some classic trolling by Embiid to get Andre Drummond ejected, some will hate him for flopping like this, I say who cares. It’s just all part of the NBA now and who am I to judge Embiid for taking advantage of officials that are definitely on the watch for any fishy business after the fight in LA

Not bad excitement that probably myself and like 4 other people were watching at the same time as the World Series, but hey it’s 2018 would it kill you to multitask? Let’s just hope the Baby Kings make a run in the second half because I’m not ready for a good night of hoops to end.