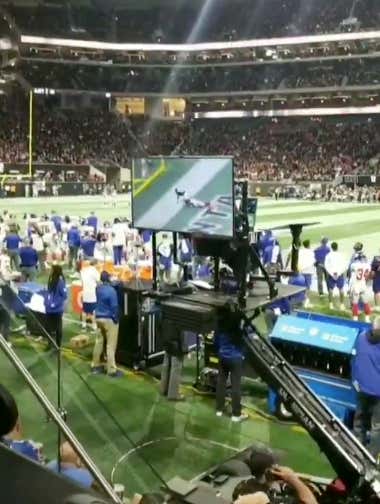 My favorite moment from last nights NFL game came off the gridiron:

I think I’ve watched it 25+ times and every time I hear “BOOOOGER!” I start to chuckle. An amazing video.

This isn’t the first time a fan has complained about Booger’s roller coaster ride:

The question is simple: how selfish is the four-letter sports network for blocking the view of fans every Monday night? Hard working Americans pay big time money for those tickets. They work long, hard hours for that money and it’s all ruined because some sports network wants a man named Booger to be 15-20 feet above the field during the game. Incredibly selfish. Another example of the east coast media elite only caring about themselves, not hard working Americans. Sad. It’s also pathetic that they put that TV on the back of the cart. “Sorry, we are blocking your view, here’s a TV so you don’t miss anything from the game.” If I wanted to watch the game on TV, I wouldn’t have paid $250 for tickets and $50= for parking.

I don’t want to blame Booger for this. The man is just doing his job. Plus, he’s giving us phenomenal content on a week to week basis up on that cart: 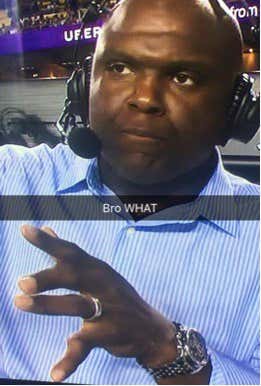