W with my man @thatlguy! #GrindOn

One of the most repeated – and repeated, and repeated – stats in all of pro sports is that Ben Roethlisberger is the winningest quarterback in Cleveland since the Browns came back into the league in 1999. And I’m not going to deny that’s a lot of fun, because it really is. In spite of the fact reanimating the corpse of the once-proud Browns went against the laws of Nature and unleashed supernatural forces beyond their reckoning, like building a house on a sacred Indian burial ground. But I don’t want to get into how awful the Cleveland franchise and their quarterbacking has been for 20 years because it might diminish Roethlisberger’s special achievement.

Instead I’ll just get right to my premise that no athlete in any sports has even dominated a single opponent the way Tom Brady has dominated the Buffalo Bills. Roethlisberger wins more in Cleveland than any of the Losers Row of objectively terrible quarterbacks the Factory of Sadness has produced? 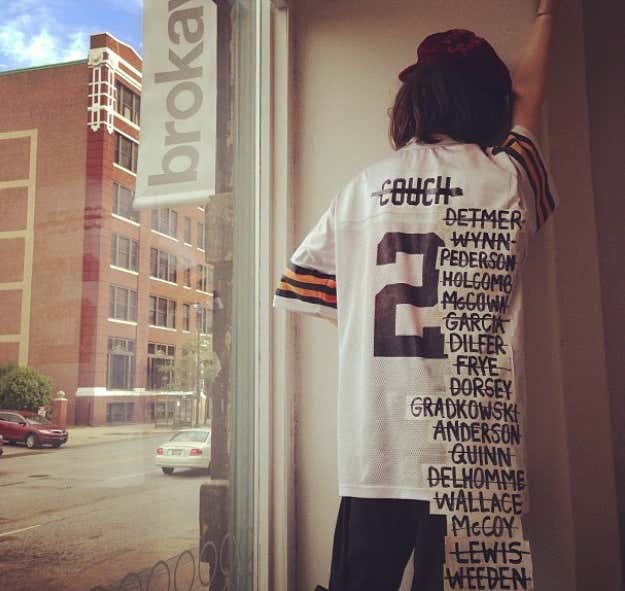 I see that stat and I raise you this. Assuming a Patriots win Monday night (Author’s note: I am), here will be the all time most wins by a quarterback in Buffalo since they came into the NFL in 1970:

Brady is third all-time in wins in the history of The Ralph (or whatever it’s called now) over the 49 years the Bills have been in the league. Behind one guy who played 17 years (12 of them for the Bills) and a first ballot Hall of Famer who went to four straight Super Bowls. Only Drew Bledsoe (currently tied with Brady with 14), Tyrod Taylor and Ryan Fitzpatrick (13 each) come close.

And yet the dominance goes deeper. It usually does. Since Brady came into the league, only one Bills QB has more touchdown passes in Buffalo than he does. And that would be Fitzpatrick, with 39 in 26 starts. Brady has 38 in 15 games.

For his career Brady is 28-3 over the Bills. And that includes a loss in the final game of the 2014 when the Pats were locked into homefield advantage and treated the game like the Dunder-Mifflin company picnic, where he attempted 16 passes before letting his second in command Jimmy Garoppolo take the comm. Roethlisberger is 22-2-1 (pause while I LOL at that tie) over Cleveland in his career. Impressive. But not in the same solar system. The numbers:

And that includes several years where the Bills had coaches with solid resumes as defensive coordinators like Gregg Williams and Rex Ryan. Now he’s facing a unit that might be 10-15th best in the league but just gave up four touchdowns to Andrew Luck. So I think it’s a safe bet Brady increases his Buffalo/Cleveland advantage over Roethlisberger and passes Fitzpatrick in TDs. And as long as he has the Bills to take advantage of twice a year, I wouldn’t rule out him playing long enough to pass Kelly and Ferguson in wins.

I’ll end with this a couple of blogs-within-a-blog, just to make my posts your one-stop shop for all mind-bending stats.

First, check out how the Patriots do when they lose the turnover battle, a condition that is fatal in all cases and yet they seem to have been vaccinated against it:

Now here are the Pats numbers playing on the road since 2016. With the emphasis on Point Differential, a very telling stat that works across all sports as a measure of performance:

Above .500 when they lose the turnover battle when the other 31 teams are .206. A Point Differential of +175 when the closest team has half that. Playing one of the worst teams in football in a place their quarterback owns the naming rights to.

No wonder Brady can’t wait to face the Bills Mafia. Patriots by a million.