20-year-old Kelvin Peña quickly turned his Twitter account to private Sunday, after people started re-posting screenshots of his old tweets from 2011 and 2012 … many of which were racist, sexist and anti-Semitic. It’s unclear what might’ve sparked the deep Twitter dive.

Nonetheless, what was revealed was quite disturbing. One such tweet said “Jay Z look like a monkey.” Another one said … “when I grow up I wanna be like Chris Brown. So if my girlfriend tried to look through my phone while driving I can choke and punch her :D”.

It’s maybe the #1, 2, and #3 things you learn about internet stardom – delete your tweets.  Just straight up erase your entire history and start a new one.  The second you see the views climbing and the buzz generating, just hop on the Twitter machine and smash that “deactivate account” button and start from scratch.  Even if you think you’ve never said anything controversial, better safe than sorry.

And if you know that a few years ago you were tweeting HEIL HITLER with homemade swastikas and white power and shit. 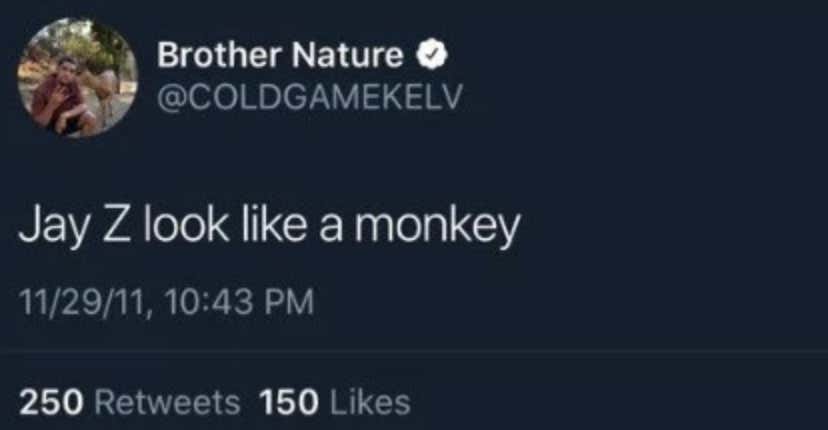 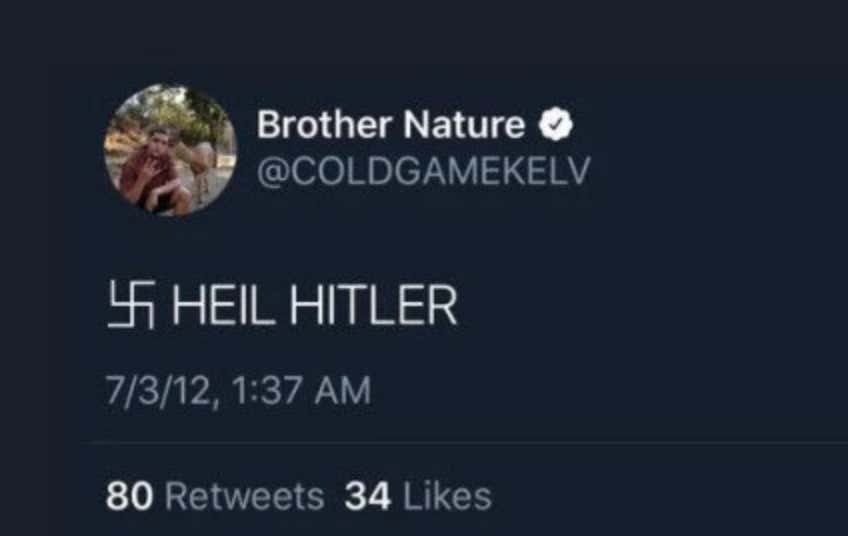 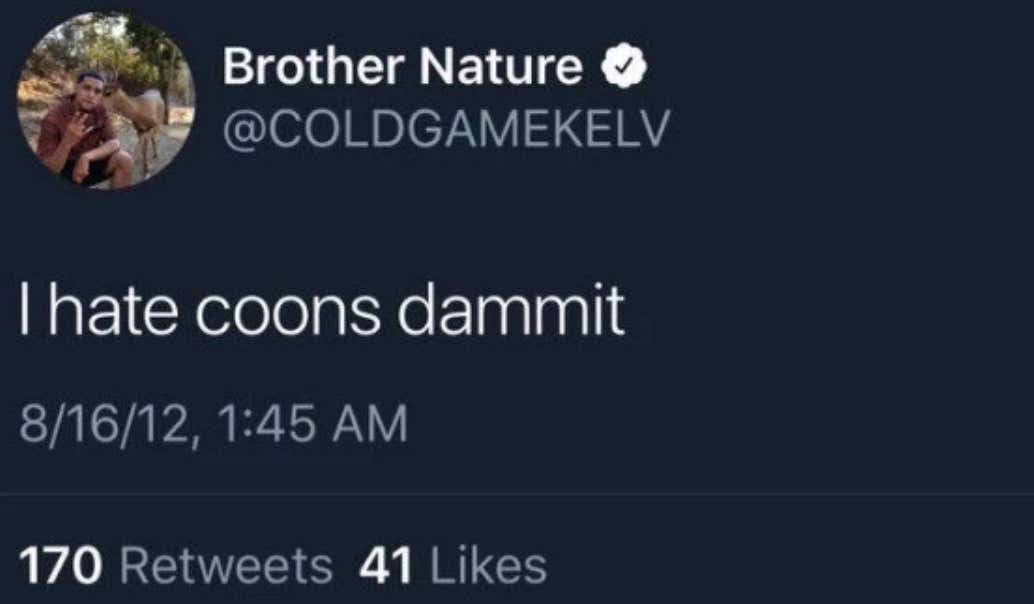 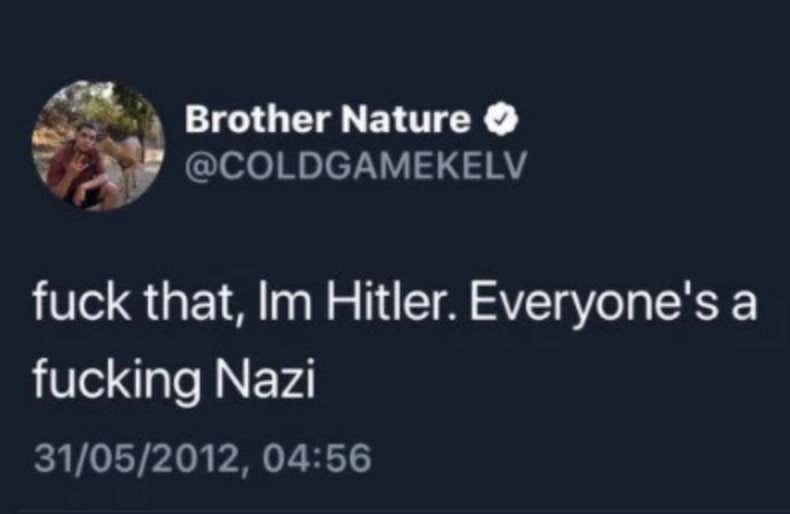 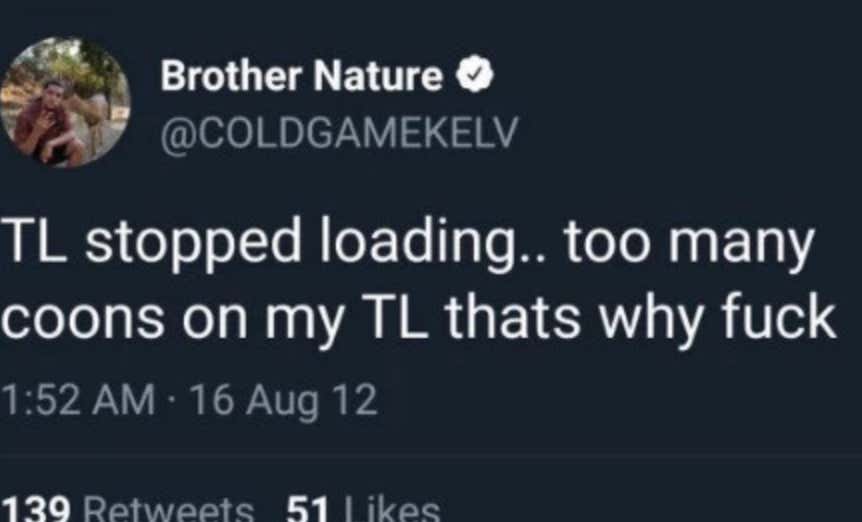 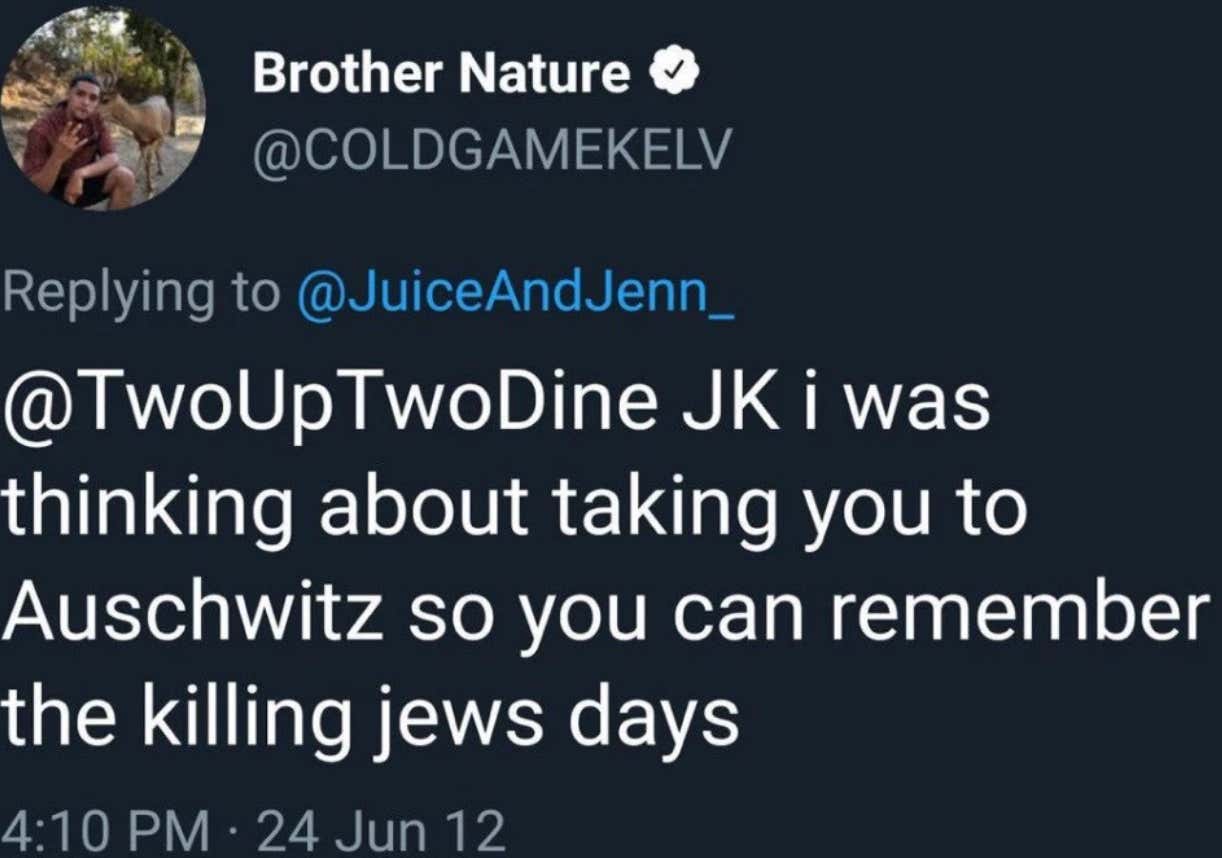 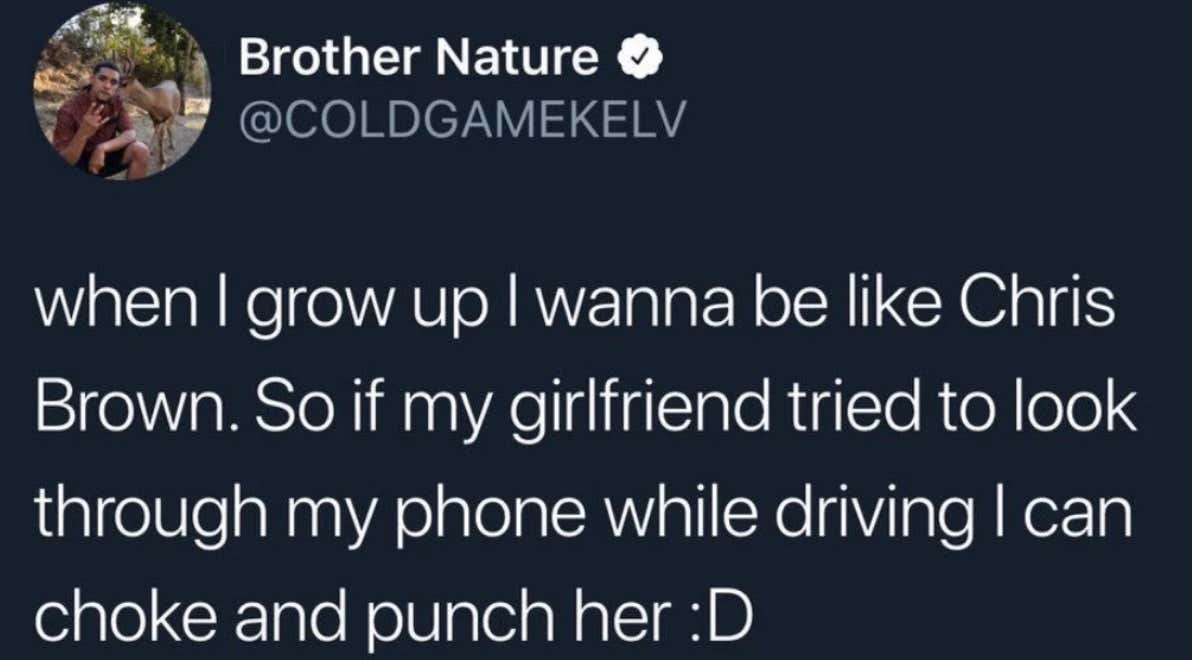 Ole’ Dr. Doolittle face ass may communicate with woodland creatures, if only he had communicated with himself and realized Hitler salutes and domestic abuse of your girlfriend are actually bad.

Brother Nature issued an apology, saying those tweets were the just the mistakes of a 12 year old boy and that he has evolved a lot since then.

And good news for Brother Nature – his fans on Twitter don’t really seem to care.  Like, at all.

The bad part about social media is that, while in the good old days you could say all your dumb misinformed 12 year old shit to your classmates around the cafeteria lunch table – now you broadcast it, in writing, to everyone on the planet logged into their account, and it lives there forever.  Tough break for any internet personality, but apparently for Brother Nature, not enough of a break to cost him any fans.