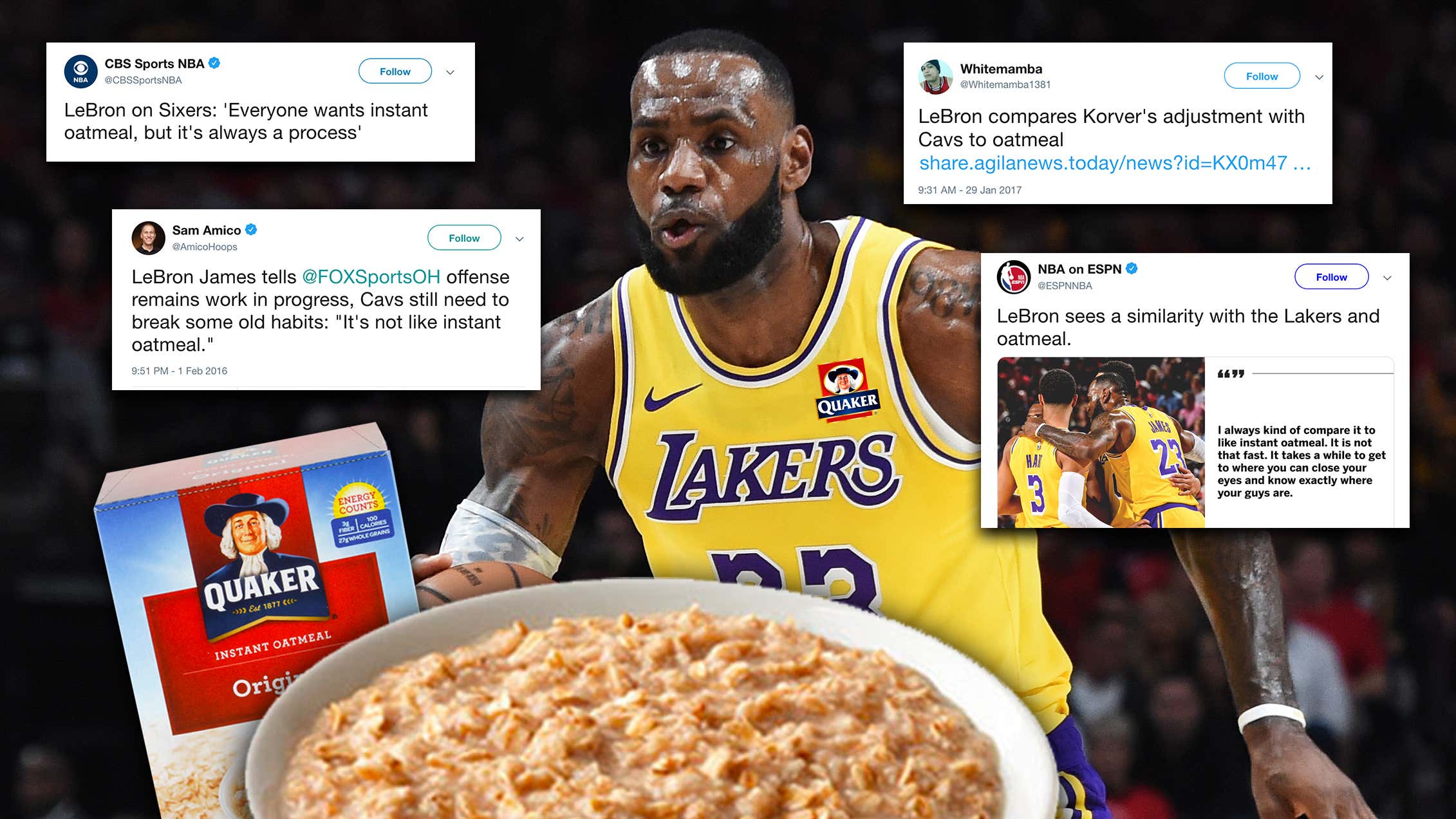 Is this a bit? Some sort of running gag? LeBron has compared a team’s chemistry to instant oatmeal every year dating back to 2015.

2015: This was the first instance LeBron showed his love for oatmeal-themed references. It’s not a bad point, either, especially with the Sixers, people truly want success immediately. Common sense tells you that it just doesn’t work like that in the NBA and that’s why Sam Hinkie said to “trust the process.” The oatmeal level for LeBron was dialed up to about a 5 out of 10 here.

2016: I am surprised LeBron didn’t make this reference about the Cavs when J.R. Smith, Iman Shumpert and Timofey Mozgov got traded to Cleveland. Apparently, this is only a once-a-year bit for LeBron. If I recall correctly, this quote is in reference to Kyrie Irving and Kevin Love returning from their 2015 Playoffs injuries.

Look at the grin on his face when he drops the oatmeal reference. Love it!

2017: While LeBron didn’t use the oatmeal reference for the 2015 or 2016 trade deadline, he snuck it in for the Kyle Korver trade. It never really seemed like Korver fit in perfectly with the Cavs. Against the lowly Eastern Conference, Korver lit it up and made some games absolute blowouts for the Cavs. But the oatmeal-Korver mixture never really seemed to work against the Warriors, even when cooked on the stove as LeBron wanted.

2018: The latest example of the LeBron-Oatmeal tandem came last night in the Lakers’ opener and his debut. They lost and had a ton of issues, which is to be expected of a team with a million new pieces. So far, LeBron’s oatmeal comment has come true for the Sixers, the Cavs won a title with his second reference and then they lost in the Finals after his third reference. His track record is pretty good when he blesses a team with his oatmeal-based knowledge. I’d go ahead and try and hammer the Lakers’ odds in the second half of the season. 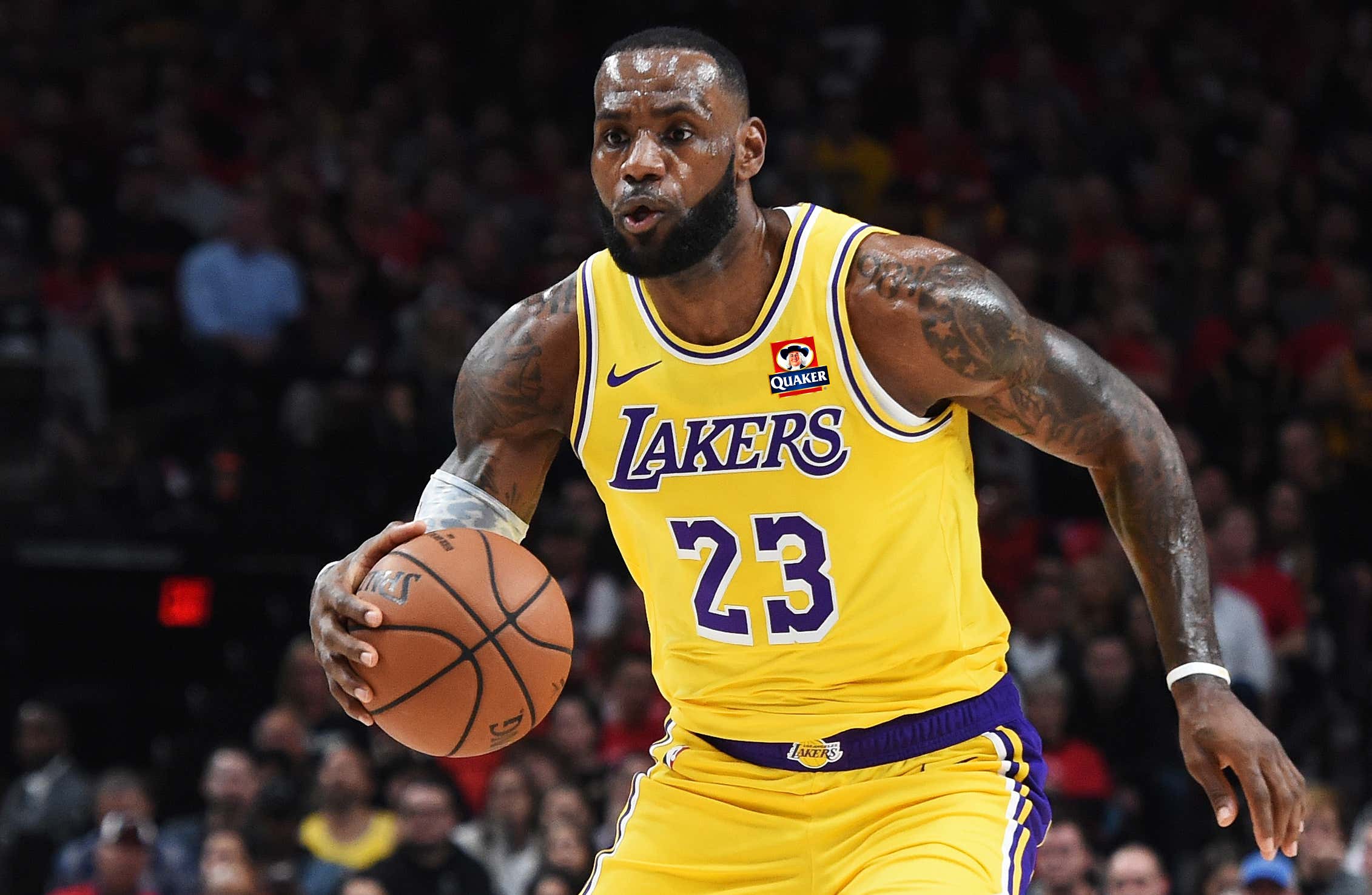 Someone needs to sign LeBron up with a big oatmeal endorsement deal.