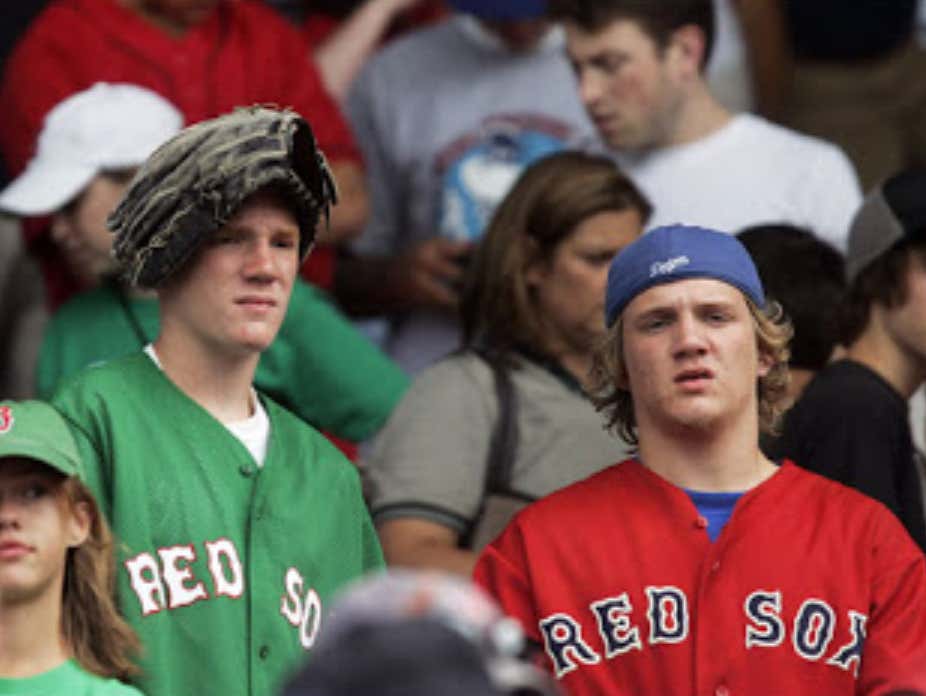 I am well aware that folks are going to think this is a troll blog or something of the like, but I couldn’t be more serious about this: if you run into a friend who’s a Boston sports fan today, give them a hug. We deserve it.

I’ve talked about this extensively with Kevin before and he always turns beet red and tells me to shut the fuck up, but I think it’s one of my soundest opinions ever. Being a Boston sports fan is hell. It’s exhausting and stressful and painful. Do you know the kind of toll a playoff run every single season takes on a person? Every three months we know we need to war up for offensively late nights 3-4 times a week, we need to prepare to have the stress of roughly 20 more games per year than every other fanbase and all of them are an 11 on the intensity level, and if the game goes poorly we torture ourselves with “the sky is falling” talk every conversation we have until the following game. Coffee, adderall, and whiskey are stocked as if the world is coming to an end because no human can be expected to withstand all of the pressures that come with this life on their own, so PEDs must be relied upon to get you through every night and day.

You want to know the worst part? We don’t always win the championship! Sometimes this is all for naught, a Sisyphean effort that sees the rock crush us right as we approach the mountain top then we must pick ourselves up and get ready to do it again with the very next team. Snip, snap, snip, snap, snip, snap! You have no idea the physical toll that repeated playoff runs for two decades have on a person!

Yes, winning championships and rubbing it in everyone’s face is amazing. I wouldn’t want anything else. But the road to greatness isn’t only difficult for players, it takes a lot out of fans too. I must admit that there are some days that I envy the sad fan, the fan who gets to watch great teams like the Astros and Red Sox play slobberknocker games without grinding their teeth down to the gums and giving themselves male pattern baldness while rocking on their couch and begging Kimbrel to please, please, please close the door. It’s a pleasant life. You don’t experience the highs but you’re not forced to endure the incredible dedication it takes to reach the top.

Again, hug your Boston fan friends today. They’re tired and stressed and need it. We’ll repay you by telling you how much your teams suck.

Update: The Patriots won the AFC Championship last night in a late, exhausting game. I was out of breath for the last hour and a half of the game then too jacked up to fall asleep before 3 AM. Had to be at work today, on MLK Day no less. I’m telling you, it’s really really hard to keep doing these playoff runs and championship games every season. I thought working at Barstool is what made me age 30 years in the last 10 and put on 40 pounds but maybe it’s being a Boston fan. No time to go to the gym, only eating delivery food and drinking alcohol during big games, it’s brutal. It takes a toll. Pray for us.