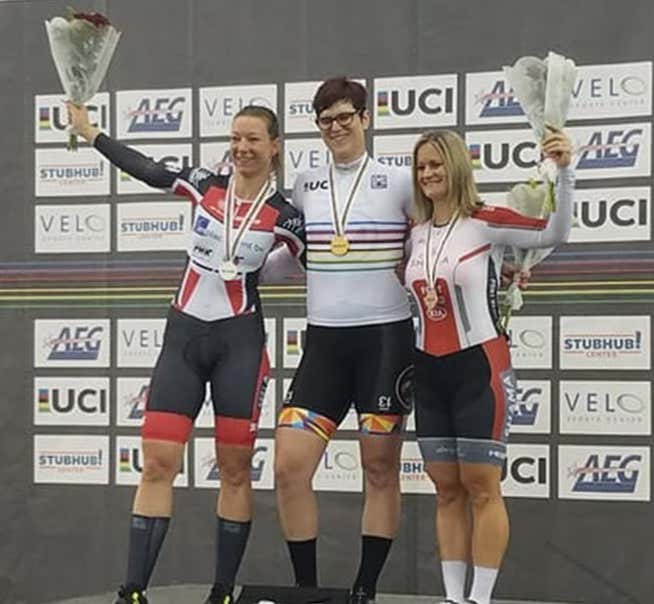 Rachel McKinnon, a Canadian philosophy professor at the College of Charleston in South Carolina, endured a torrent of online trolling after taking to social media to celebrate her world championship win in the women’s 35-44 age bracket sprint final at the Velo Sports Center in Los Angeles on Sunday.

An image of McKinnon standing tall above her competitors during the medal presentation ceremony has spread globally in the wake of her controversial victory — just as she predicted.

American Jennifer Wagner, who finished third, led the criticism against McKinnon’s participation in the championships.

Try not to get too caught up in the semantics of the title of this blog. She may not have come right out and said she didn’t deserve to lose, but that’s what she was alluding to. She was upset she lost to a trans woman, so instead of being a good sport and taking it on the chin, she bitched about how unfair it was on Twitter. The funny part? Even if the trans woman was disqualified, she wouldn’t have won because she placed THIRD. Meaning that best case scenario she’s coming in second place– aka “first loser.”

Naturally, her voicing any sort of displeasure in the outcome of the race acted as a dog whistle for all the Twitter crazies. Particularly this woman: Katie Hopkins. 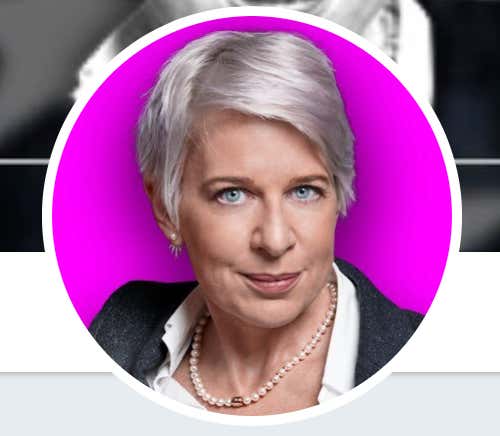 An English media personality with 872k Twitter followers whose biggest claim to fame is getting knocked off The Apprentice in 2007. She initially tweeted out this:

I’m not going to give her too much time because she’s not worth my breath, but I will say the best part of Katie Hopkins ran down her mother’s leg. She’s a shock columnist whose entire livelihood depends on her expressing false outrage usually at the expense of others.

The good news is that Rachel saw all this coming and has not only maintained a positive attitude throughout, but also stood up for herself in the process.

“An elated McKinnon claimed, to her knowledge, that she is the first openly transgender athlete to win a world championship in any sport, after nudging past Van Herrikhuyzen on the final straight in a time of 12.903 seconds.”

Hopkins also declared it was “febrile madness” for the UCI to sanction McKinnon’s participation.

McKinnon hit out at the criticism immediately following her victory both on social media and in interviews.

“I think there is absolutely no evidence that I have an unfair advantage,” McKinnon said. “People who oppose transgender inclusion in sport put us in the double bind. It’s the ‘damned if you do, damned if you don’t’ scenario.

“If I win, they attribute it to me being trans and having an unfair advantage. If I lose, the same people think I must not be good anyway. People will never attribute my winning to hard work, which is what I think I deserve.”

She said there is no research to suggest that testosterone and body development would in any way enhance the physical performance of transgender athletes.

Whether or not you agree with her stance, you have to respect her balls. Luckily, the vast majority is focusing on the positive side of this story.

So much so that Jennifer has issued an apology via Twitter.

Thanks, but no thanks, Jenny. Train harder next time and maybe you won’t end up in third place. And congratulations to Rachel on the win. Keep doing what you’re doing.