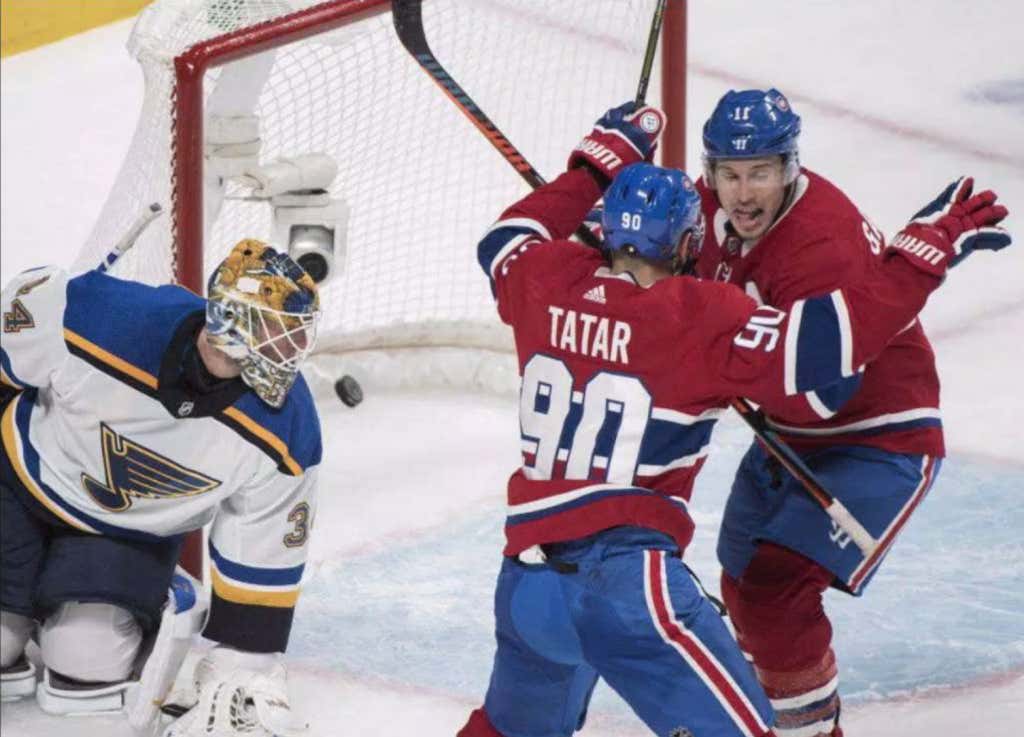 “Hi I’d like a Large Cheese, yes, delivery please. Uh to the Bell Centre, right in the slot would be perfect”. There have been a lot of questionable calls and plays in the sports world the past few weeks. Between controversial catches and managerial decisions in the MLB Playoffs and plenty of phantom Roughing The Passer calls to go around, there’s a two sides to almost every play these days. EVERY PLAY BUT THIS ONE! Having full possession of the puck with 15 seconds left in the 3rd period of a tie game seems like a pretty surefire way to gain at least 1 point on the road. And then this happens…

My level-headed friend Riggs told me he would have thought about executing someone if that even happened in a men’s league game and he’s right. Guys battle their asses off for 59 minutes and come away with nothing. Its brutal.

No shit Colton Parayko knows he messed up. He knows more than anybody on the entire planet and has probably thought about it 1,000 times since the other night. I don’t see a lot of point in just piling on someone in such an obvious spot, so I guess the good news is its early in the season and the fire is firmly under his ass now. I would not want to be tasked with blocking a Colton Parayko clapper in the next 7 days because you know its coming with some HEAT on it.

Now for another bright spot…

When the season started, I wanted to have an open mind on Jake Allen. It was a fresh slate and with a ton of the Blues fanbase against his play, I wanted to see if he was just a scapegoat for overall frustration or the real root of the problem. The numbers above further prove that he just might not be it Chief.

I’m far from a goaltending guru, but some of these are just tough. Starting off the game with this effort 30 seconds in breaks a team’s back.

As it normally goes when there are early season struggles, Mike Yeo’s job is already in question by the fans and media alike, and there is no way the Blues lose another game or two without the panic level going even higher. You don’t have such a positive offseason and come out flat without people being upset, especially when they are arguably the biggest underperformers so far.

When you look at the standings posted above, you can clearly see two things: 1) It is so early and the Blues are a game or two out of being in a “playoff spot”. 2) They are also in dead last in the Western Conference and have put themselves in a position where they have to dig out from a hole. Its better to get it out of the way now than wait until November when it starts to become real.

The upcoming schedule does not do them any favors: 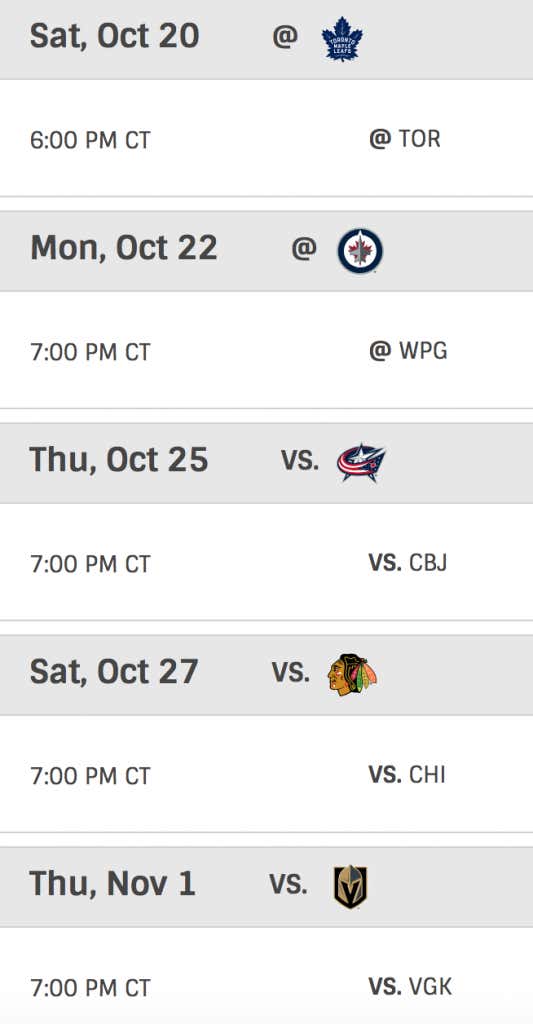 When you are staring at last place in the Conference, 5 straight games against playoff teams from last year (and the Blackhawks who have beat them twice) is not the best way to solve your woes.

I don’t want to get all doom and gloom though. For Christ’s sake it’s October 19. The Blues have had zero breaks or bounces and sit 3 points out of a playoff spot. It seems bad but the first 6 games of the season are the farthest thing possible from being a definitive answer on what kind of season the Blues will have. Half of the roster is new or young, and when you’re not getting knockout goaltending, that’s a recipe for a SLOW start. They will figure it out and there are too many talented players on this team to end up as a bottom feeder.

P.S. This blog was supposed to be posted yesterday but there was a problem with embedded videos in the backend. I’m aware that the game was obviously not last night.