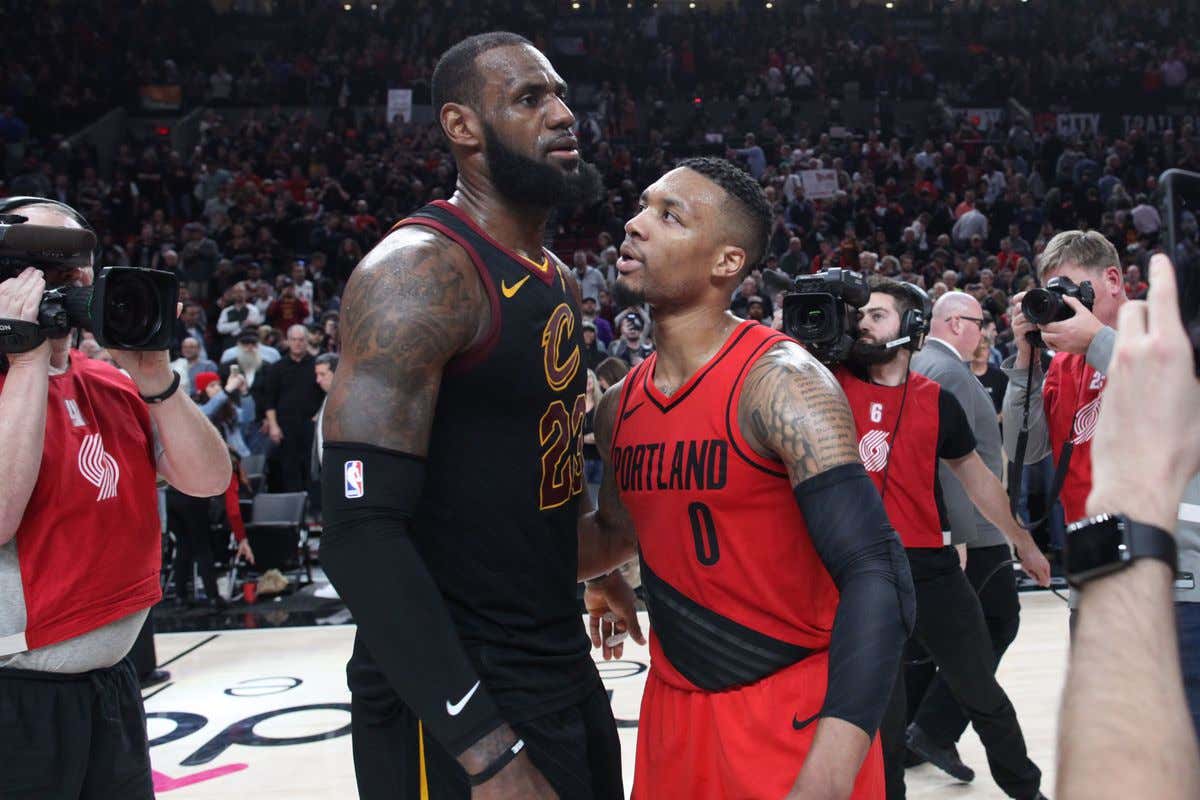 [Kevin O’Connor] – LeBron wants to play with Damian Lillard. He’s one of the guys he’d like to play with and that’s chatter around the league. It has been since before LeBron signed with the Lakers, it was one of the many indicators that he was heading there.

So Kevin O’Conner was on the Ringer’s NBA show and dropped this nugget … again. This isn’t the first time we’ve heard of Damian Lillard going to Los Angeles or the fact that LeBron wants to play with Lillard – or even a Blazer. Remember last year there was the debate if the Cavs would trade the Nets pick to Portland for McCollum.

Here’s the thing though. The Lakers would need to trade for Lillard, which wouldn’t really even be able to happen until December. Lillard is locked up on a 5-year deal, with 3 years left. He doesn’t become an unrestricted free agent until 2021 when he turns 31.

Portland has Toronto-type feel to it. What I mean by that is they have two guys that can absolutely play together, enjoy playing together and can have success. But, they aren’t title contenders, despite being the No. 3 seed last year in the West. We saw Toronto move on from DeMar DeRozan after another playoff flameout. Would the Blazers move on from one of the guards if there’s a loss in the first round again?

Lillard would be a unique fit next to LeBron. I’ve talked about it before, but the best guards to play with LeBron are the 3-and-D type point guards. Typically when you heard 3-and-D you think of wings. But with LeBron it’s the best at the point guard spot. He has that with Lonzo, assuming there’s an uptick in shooting. Also Josh Hart who is a secondary ball handler. Lillard is more of your lead guard. He’s a different type of player, who would mimic more Kyrie than Lonzo.

Either way, we’re going to hear these rumors all year, especially if one of the teams is struggling. This is just the first one of the season though. I’ll set the over/under at 9.5 players linked to being traded to the Lakers.