The world’s most accurate depiction of a Tyrannosaurus Rex ever made has been created, according to researchers. Artists and paleontologists joined forces to build a painstaking computer-generated image of the prehistoric beast, from skeleton to skin. The results are considerably different to all previous renderings, some of which show the king of the dinosaurs with feathers.

Experts now say the fearsome T Rex was actually smooth-skinned. It comes after a 2017 paper in journal Biology Letters suggested the animal’s skin was comprised of a network of small scales, rather than plumage. They also believe the predator walked with its stomach very low to the ground, with small arms, due to its low centre of gravity.

Scientists have previously argued that the terrifying theropod would have featured feathers on its body, but this has now been disputed – and represented visually.

Concept artist RJ Palmer, who’s based in San Francisco and oversaw the project,  spent 320 hours creating the finished image. It forms part of the palaeoart exhibit at Mexico Museum of Natural History and Science.

Today is a great day and don’t let anyone tell you otherwise. The T-Rex, the most fierce predator to ever walk the Earth, has been cleared of having feathers. The day those scientific studies were released, life as I knew it wasn’t the same. I grew up first wanting to be a paleontologist just like Dr. Grant in Jurassic Park. I don’t read books, but I read books about dinosaurs. The original Jurassic Park is in my top 5 of favorites movies of all time. I may have seen it like 400 times by now and it never gets old. Eventually I realized Jurassic Park wasn’t actually real and there’s not a lot of money in finding and studying dinosaur bones (you also spend too much time in Wyoming or New Mexico). Still, I am a dinosaur guy at heart and the thought of the T-Rex having feathers like my African Grey parrot Harvey is not one I will stand for #NotMyT-Rex. 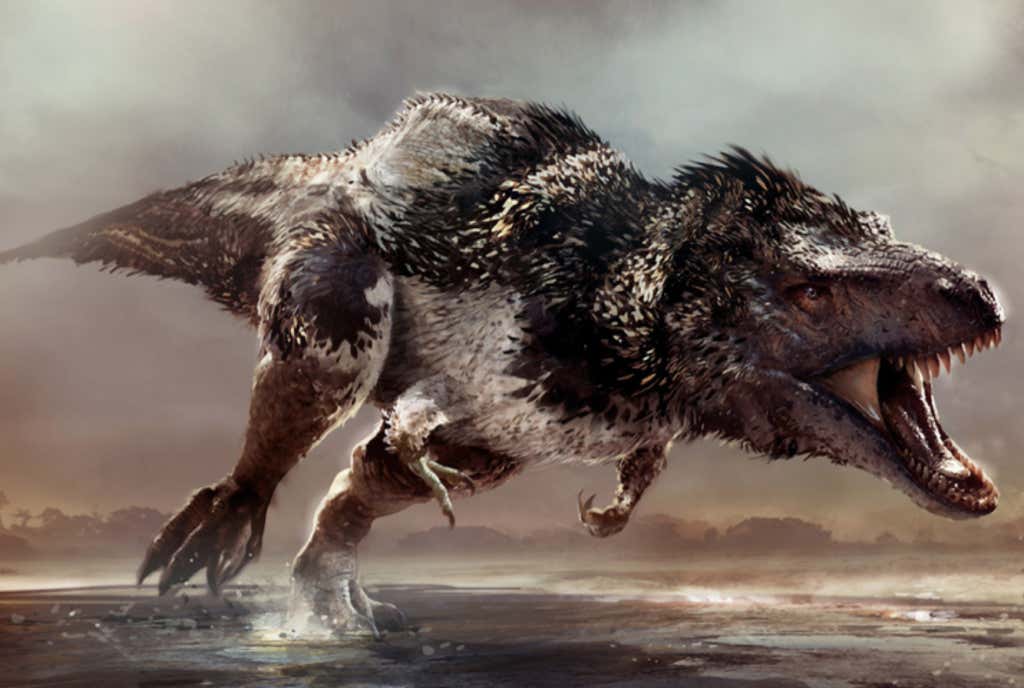 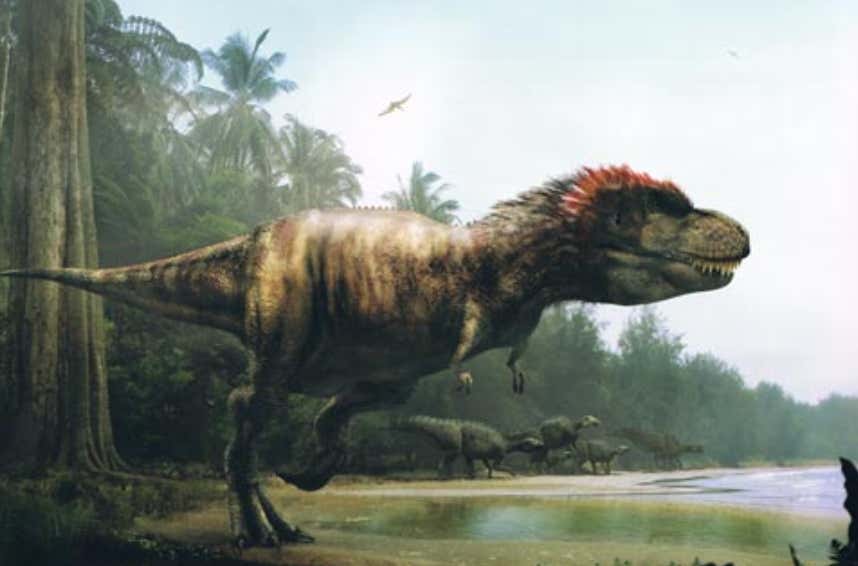 Nope, not on my Earth. This is my T-Rex and he’s fucking awesome.

Big win today folks. Haven’t had a lot of them lately with the Yankees’ troubles, but we got one today.