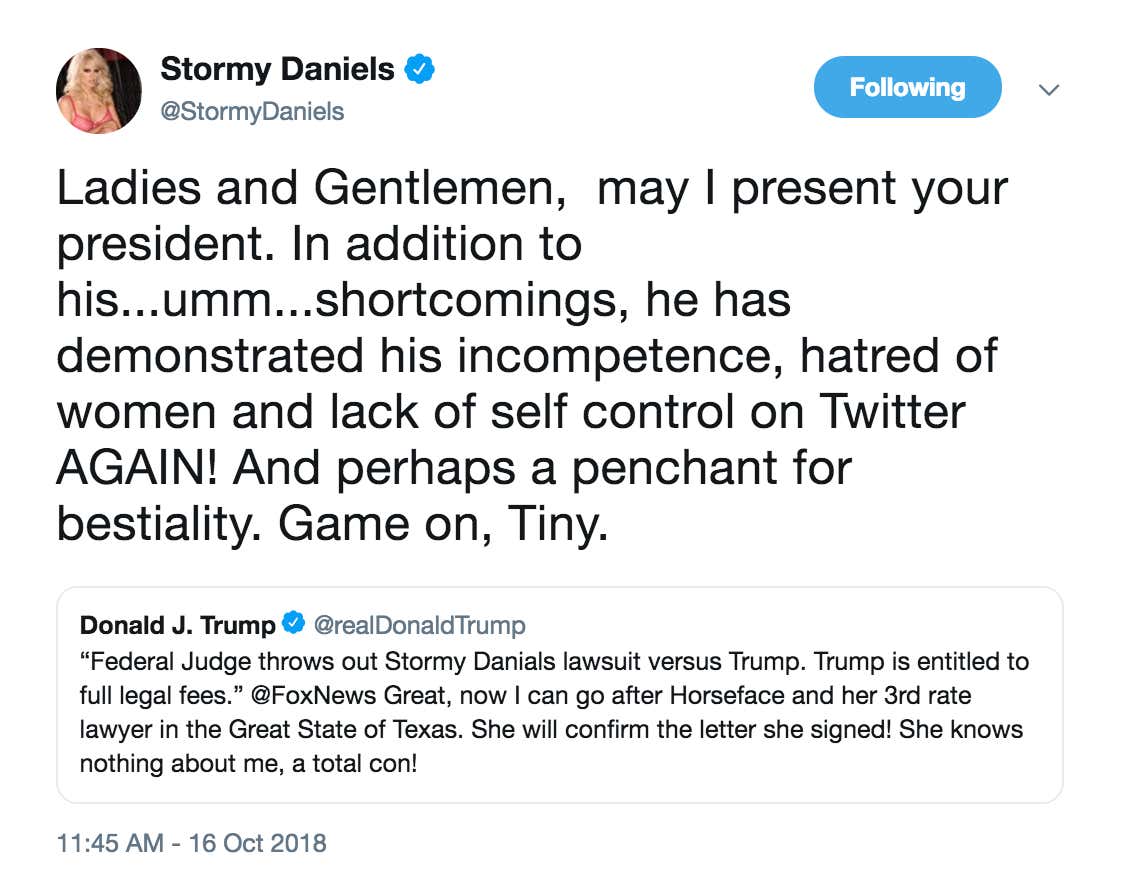 PS — Laughed out loud when he followed up the Stormy stuff with this RT. What a juxtaposition.