Oh, Canada. Our home and native land. People will tell you that the Canadian flag looks like it features a marijuana leaf: 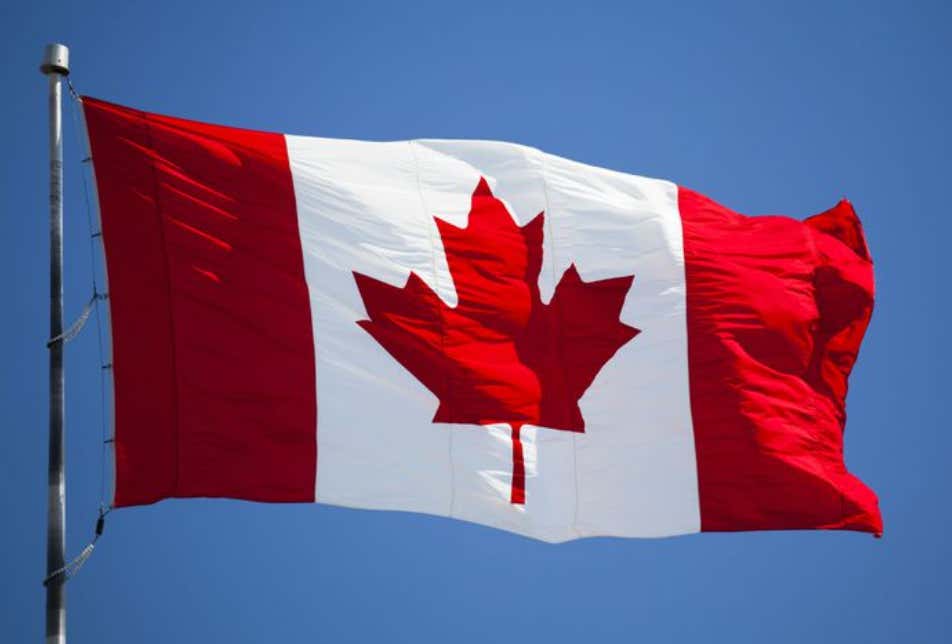 Don’t be fooled. That’s a maple leaf. You’ll find them on maple trees, from which Canadians make maple syrup. Which you can put on pancakes. When you’re high on all the glorious BUD you brought home from your last trip to Toronto!

Looking to get stoned, stoners? Well, you’ll have to hold that breath a little longer! Sadly, Canada won’t be opening up too many dispensaries until they figure out how to regulate and sell it in stores. But for now, you can order it online and have it delivered to your home, teepee, igloo, etc. Don’t have a physical address? You’ll get Nunavut!

Surely, it won’t take long until you can buy it in stores just like you can in Colorado, Washington, California, Oregon, Nevada, and Alaska. For those of you living on the east coast of our glorious country, that’s big news. All those goddamn states are so far away. Meanwhile, Ottawa, Montreal, and Toronto are just a stoner’s throw across the border. Goodie!!

BUT everyone knows it’s a cinch to get IN to Canada. Hell, you can cross the river in a canoe. It’s not wide, nor are the rapids particularly devilish. Is there a river that runs along the entire US-Canada border? Nope. Just sometimes. When there isn’t a river, walk across.

No, the trickiest part of the Canada weed run is the return trip. Let’s presume that you’re flying, for the sake of this blog. Here are a few tips on how to fly home with weed.

1. Get a fake passport

These are difficult to find, and they can be expensive. But it’s worth it. If you get caught smuggling drugs into the country, you can be placed on a no-fly list or sent to Guantanamo Bay in Cuba, along with the other terrorists. There, you’ll be waterboarded until you name all your closest friends with whom you smoke weed. Your friends will hat you for snitching, and you’ll be stuck rotting in a cell in Cuba until the UN intercedes. Best to avoid that–get yourself a fake passport.

2. Warm up with a butt plug

The only way to bring back drugs from Canada is in your rectal cavity. Marijuana is terribly pungent. The only place on the human body with a stronger odor than marijuana is the rectum. Feces, as we all know, has a strong smell that will mask the scent of even the stickiest of the icky. If you’re going all the way to Canada to get your weed, you’re probably buying in bulk. The sphincter simply will not take kindly to you stuffing an entire pound of pot in there. It will moan and groan and cause blinding pain. Take it slow; warm it up to the idea that it will soon be welcoming a large, green guest. For this, you’ll need a butt plug. Order an assortment of sizes. Start small and work your way up like a set of Russian dolls. If you time it right, you’ll be sliding that bag of buds through a wide-open door.

3. Use at least three sandwich bags to wrap your product

4. Stay away from police dogs

You’re not supposed to pat them. They’re technically police officers. They may look adorable, but these dogs have been specifically trained to sniff out indicas and sativas and hybrids oh my. One second you’re stooping down to pet the wet nose of a beautiful, athletic, toned German Shepherd. Next thing you know, that “good boy” has gone around the back of you to alert his handler that you’re packing. Resist the urge. There are plenty of other fish (dogs) in the sea (pet store).

Ok, that about sums it up. Happy trails out there, stoners! Enjoy thy high. And let the package come out on its own time. If you push too hard because you’re super excited to light one up, you may hurt yourself.