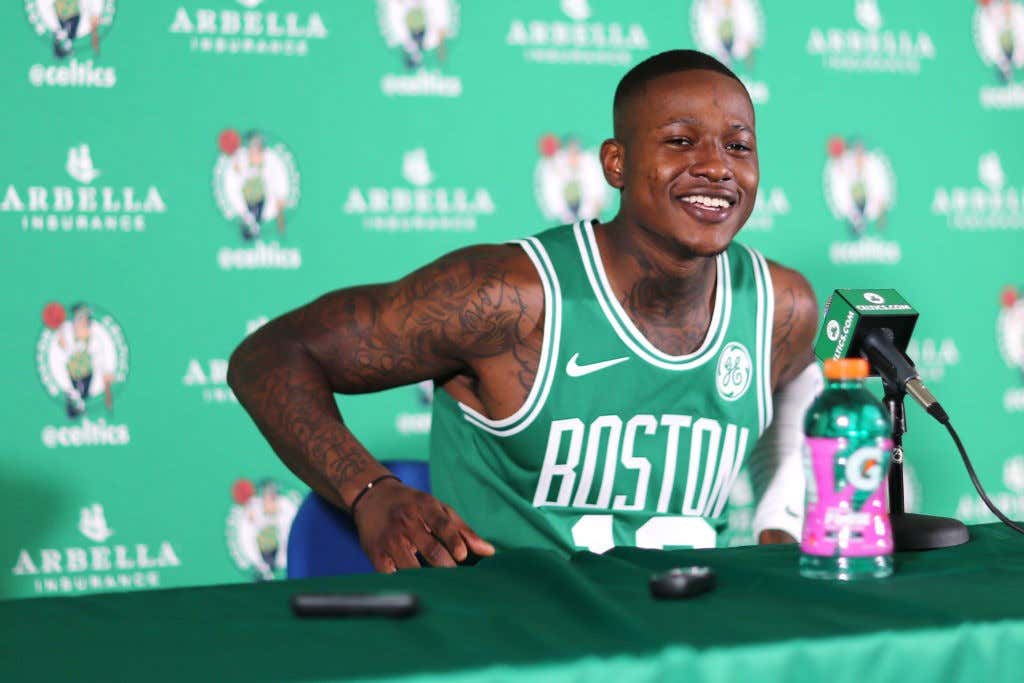 (NBC Sports) – Terry Rozier will become the latest player drafted by the Boston Celtics to not get a contract extension agreed upon prior to the start of his fourth NBA season.

The decision by Rozier to not accept the offer worth about $12 million annually was strictly business, with no hard feelings or bitterness on Rozier’s part towards Boston or vice versa.

With restricted free agency on the horizon, Rozier’s focus now is all about basketball.

“I’m in a great situation,” Rozier, smiling, told NBC Sports Boston. “My team felt it wasn’t good for me to sign an extension right now. It opens my options a little bit, but I’m focused on what’s happening right now.”

If you seriously thought Terry Rozier would come to an extension agreement, you haven’t been paying attention. Now that we know the offer was $12M, it’s a no brainer that Rozier turns that down. If you’re the Celts, you obviously try and find a team friendly number and shoot your shot. No harm in trying you know? Maybe use that feature in 2K18 where you can brainwash a player into signing a ridiculously low offer. I mean that’s how I got Gary Harris to accept 2/18M in my MyGM mode. Surprised my best friend Danny didn’t utilize it, unless he’s saving it for Anthony Davis. Always one step ahead.

Anyway, if you remember, this time last season Marcus Smart also turned down his early extension offer, with his being around $14M. These guys want to bet on themselves and believe the market will bring in a higher price. With Rozier, that’s much more believable considering who he is as a player and the amount of teams that are going to have money to burn and need a point guard. There were reports he’s looking for $20M a year, so on what planet would he take this $12M offer when he doesn’t have to? Now, will he face a hard reality and not get that big offer and have to settle for something in the 15-17M range? Maybe. I think how he plays this season will be a big part of what his market will look like.

This good news here is that there wasn’t any hard feelings. You didn’t get that same sense with Smart last year when his agent went all scorched earth on Ainge and Wyc. That didn’t really work out but is another issue all together. For Rozier, he could have been mad about this offer, decided fuck it, and when it comes to next summer he accepts his qualifying offer so that when it comes to Summer 2020 the Celtics would not be able to match any potential offer he may get. Fortunately, we aren’t there and can now shift our worries to whether or not Danny trades him at the deadline (unlikely in my opinion), or just how high Wyc is willing to pay to match an offer.

But please, don’t hold it against Terry that he didn’t accept something so much lower than what he is set to get on the open market. You wouldn’t do it in your life with your salary so why should he. This is why it is now on us, the fans. You go to the Garden this season you buy tons of hot dogs and beer. Bite the bullet and buy a $95 sweatshirt. Hell, if someone wants to start a GoFundMe to help resign Terry I’ll RT it. We all have to do our part if we want our future to include Prime Terry Rozier.