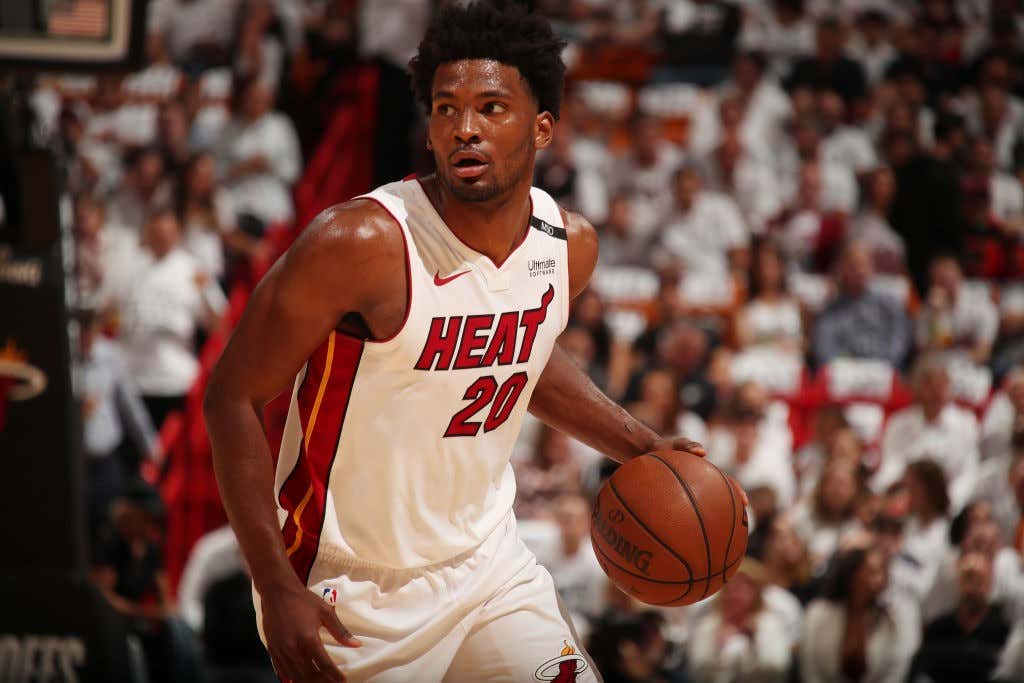 I blogged a few days ago when reports came out that the two sides were close to a deal ahead of the October 15th deadline, and now that we see the final numbers, I feel like this is a win for both sides. Winslow becomes the third member of his draft class to receive an early extension, and at $13M a year I’d say that’s about right. If you’re a Heat fan, you like this because it keeps your lottery pick in MIA for a price you can live with, and if you’re Winslow and you realize that maybe you’ve underachieved so far in your young career, you don’t hate the raise and ability to re-enter free unrestricted free agency when you are 25 years old.

Now remember, just because he signed this extension does not mean he CAN’T be part of a Jimmy Butler package, but I would figure it’s unlikely because if he gets moved next season, given his “poison pill” contract status he carries a cap hit of over $10M. When you look at his career numbers so far, obviously they are a little underwhelming. He was basically 8/5 with 42/38% splits, but really isn’t a legit threat from deep. His role is that versatile wing who can play 2-4 in today’s NBA, and with a career Drtg of 105 he isn’t exactly a liability on that end. I would imagine the Heat are projecting him to get better, but also didn’t want to go crazy with a 5 year extension or anything like that might lock them down for more than they want. That’s why I like this deal. I’m sure there are some that will say they overpaid, but take a look around the league. For a 22 year old wing who still has room to improve, this is what the market says you’re worth. A very similar deal to Marcus Smart if you’d like a comparison, who got 4/52M. I don’t know if the Heat thought maybe he would get a bigger offer in RFA, but Pat Riley tends to know what he’s doing.

We now know guys like Terry Rozier will not be signing their early extensions, and others like Myles Turner and Bobby Portis are still out there with reports of things in the works in preparation for Monday. Now if they could just pull off a trade for Butler, I’d say this has been a pretty good offseason for MIA so far.