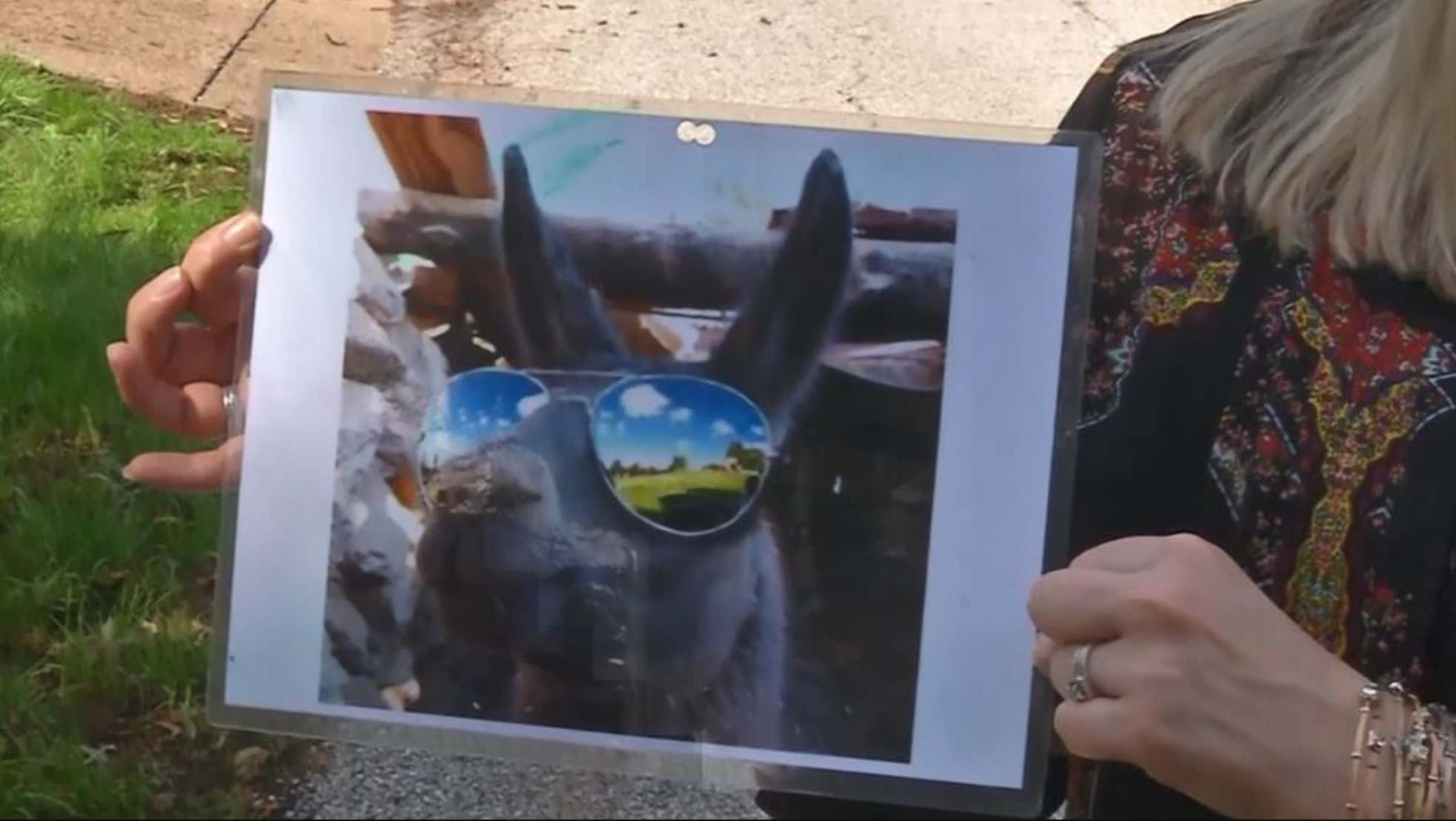 CHARLESTON, WV (WCHS/CNN) – Residents in one West Virginia neighborhood are upset that someone has been stealing their mail and packages. Perhaps equally galling: They’re leaving behind a picture of a llama with sunglasses as a calling card. Stacey Tinney, one resident in the Charleston neighborhood, was expecting a bank statement earlier this week, among other pieces of mail. Instead, she got one of the llamas. “What was disturbing is we were home at the time,” she said. Tinney reviewed security cameras she has on her property and noticed a black pick-up truck in the surveillance footage. “A woman was hanging out of the passenger’s side, and she had opened my mailbox, was removing things from my mailbox, and looked like she was putting something in my mailbox,” she said. She also learned that the laminated llama was not an isolated incident.

A couple things. One, what a rascal. Total rascal by whoever is doing that. Love it. Second, who still uses physical mail? What is this, the stone age? Do these people also use lanterns to light their homes? Don’t get me wrong, I still get physical mail. I just don’t check the physical mail I get. I get it from my mailbox, take it up to my apartment and instantly toss it in the trash without opening it or even thinking about what it could be. I get mail to throw it away. The main reason is because anything that gets sent to me in the mail is usually bad news and by usually I mean always. Nobody is informing you of good news via snail mail. It’s always gonna be a bill or a student loan payment that’s due or a bill or student loan payment that’s past due. So what do I do? I put it in the garbage. Outta sight, outta mind, and very much at the expense of my credit report.

So with all that said, I would LOVE to get my mail replaced with a picture of a llama in glasses. That sounds awesome. That would be the first piece of mail I’ve kept in years. I’d put that bitch on the fridge immediately. You’re telling me that instead of getting little envelopes full of anxiety I can receive a hilarious picture of a llama in sunglasses? Sign me up. This man or woman is doing a community service.