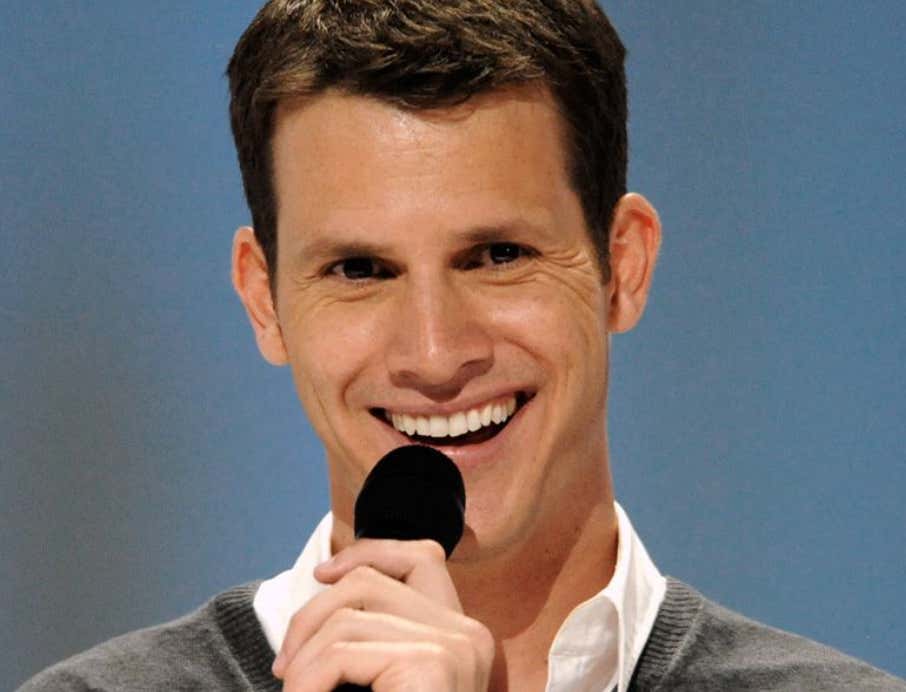 During the show, Lena played “Plead the Fifth,” where celebs are asked three juicy questions and can choose to not answer one. However, Lena ended up answering all three questions and not abstaining from any!

First, Lena was asked who she thinks is the biggest misogynist in Hollywood, to which she responded “Daniel Tosh.”

So this is the biggest celebrity news today. Lena Dunham is calling Daniel Tosh the biggest misogynist in Hollywood. I found it interesting because Tosh is one of those comedians who does not hold back on stage, but is known for being very quiet in real life. His stage persona and his real life persona are said to be polar opposites. I’ve never met Daniel Tosh, but I could see that being accurate. But what interested me more was why Lena singled out Daniel Tosh. Because I found it weird that out of everyone, she chose him. No offense to Daniel Tosh, I love his comedy and think he’s very funny, but he’s being doing Tosh.O for what seems like 20 years now. Never moved on to anything else. Isn’t a megastar by any means. He’s a very successful comedian and Tosh.O was hot in the streets for a couple of seasons, but I don’t think he moves the needle very much at all anymore. So why did she choose him?

NYDN - “This isn’t a person who has like a ton of power, but the small amount he has, I feel he has used for ill and that’s Daniel Tosh,” Dunham concluded. “He said a really unkind thing about my breasts but he said it in a context in which I felt like he was shutting down a lot of women for having bodies he didn’t consider to be normative.”

Back in July of 2012, she tweeted: “Don’t know what Daniel Tosh did but I hear he once said a rude thing about my t— so I’M AGAINST HIM.”

Because in 2012 he said she has weird tits. She called him the biggest misogynist in all of Hollywood, we’re talking the same Hollywood where Harvey Weinstein exists, because of a personal grudge from 6 years ago. I almost respect her pettiness here. She hasn’t forgotten the time he made a quick about her bags of sand, and now she puts him up there with Cosby and Spacey.

Is Tosh a big time misogynist? Hell if I know. Maybe he is, maybe he isn’t. But I bet he is PISSSSSSEDDDDD Lena Dunham just called him out like that. Especially cause her tits are super weird. She knows that more than anyone.