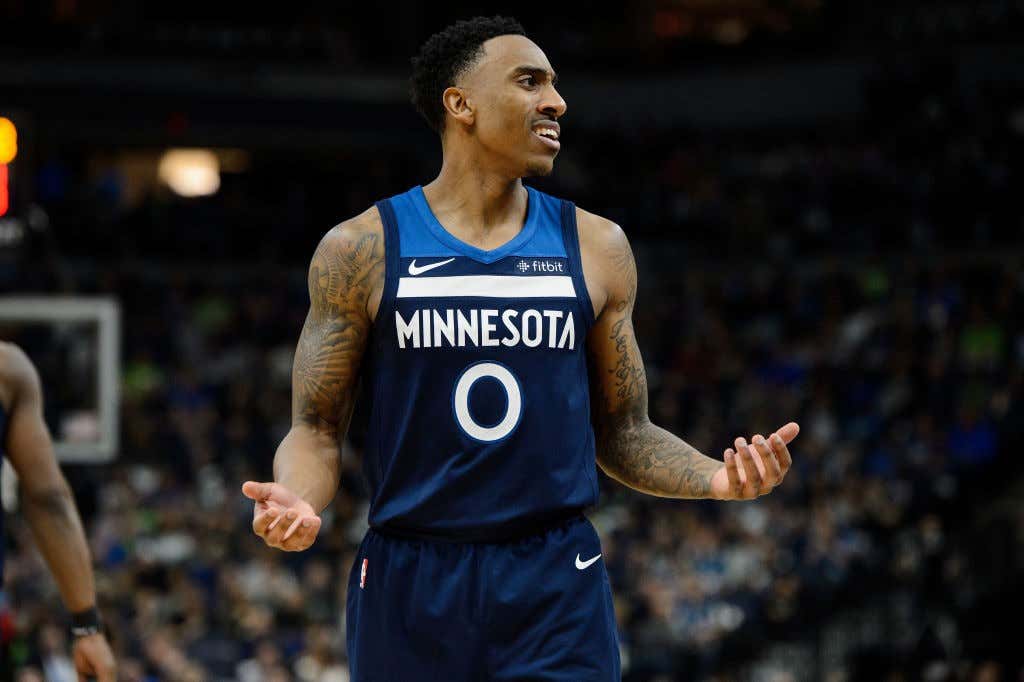 Listen, it’s a rule that a day cannot go by without us talking about Minnesota. Not just because there seems to be news every day, but because they continue to do nothing but provide entertainment for the rest of us on the internet. We all agree the Jimmy Butler drama is a disaster, but what I find fun is that it’s starting to effect everyone else on the roster. It all started with the tweet we all saw from Shams

Nothing all that surprising right? Teams with drama have players only meetings all the time. And yet, are we sure it even happened? According to Jeff Teague, Shams lied

How dare someone accuse Shams of lying. Do you think Shams needs to make up stories? I don’t think so. A clear case of Teague just trying to do damage control and keep things in house. A smart strategy, only……

Now wait a minute. Someone is lying here, whether it’s Shams, Teague, or Butler. There’s also the possibility that Butler held this players only meeting yet didn’t invite his starting point guard, which would make this even more hilarious. Maybe there were some coaches there too and that’s why Teague said that? We’ll never know, but with all the contradicting reports coming out it just goes to show you what a shit show things are right now.

Our other example of guys getting a little antsy comes from Gorgui Dieng. Depending on what you believe, one of the biggest reasons Butler has not been moved is no GM wants to take on Dieng’s outrageous contract. That sparked this little interaction 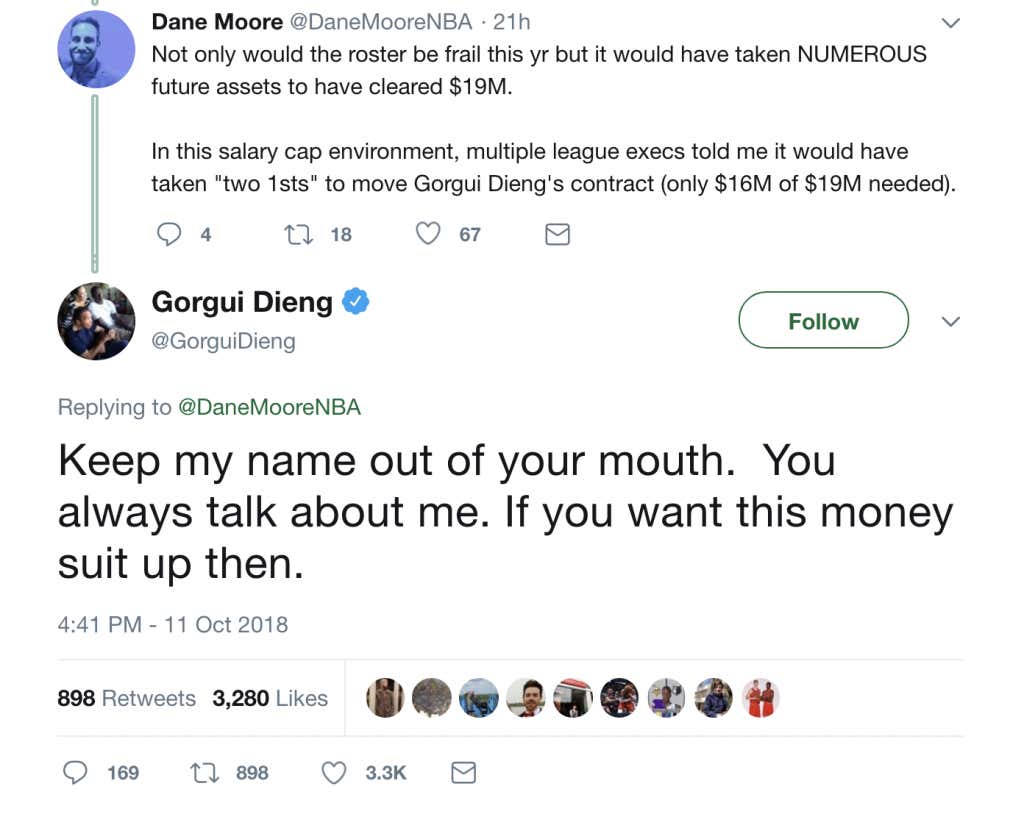 Is Dieng out here searching his own name on Twitter to clap back at people? Is that what’s going on here? I just ran through his followers and he doesn’t follow this Dane Moore who writes about the Timberwolves. Love when an NBA player tells a regular ass dude to suit up and come get it on the court. Um Gorgui, you are a gigantic NBA player, of course you would murder that guy. I will say in doing extensive research for this blog I did notice a couple interesting recent follows from Dieng

So just to recap, we have the Jimmy Butler practice drama, then we have their own players not even sure if they even met about it, to current Wolves clapping at random people on Twitter. All with the season 4 days away. You can’t get this type of silly drama anywhere, which is why the NBA continues to be the best league out there. Where else can you get this many grown ass men acting like children? I can’t get enough.