::Full disclosure – that is actually not me in the thumbnail pic and, yes, I do that solely so you click and, yes, I hate myself for it a little bit.::

Anyways! Oktoberfest came about in the early 1800s when King Ludwig I threw a shindig ‘for the people’ in honor of his wedding. This set in motion an annual string of parties celebrating Bavarian culture that grew into the debauched spectacle we know it as today.

It’s celebrated throughout the Fall & the original spot in Germany goes through about 6 million liters of beer. That’s almost six Olympic-sized swimming pools filled to the brim that I would love to go doggie-paddlin’ around in.

Here in the states bars are draped in strings of blue & white checkered pennants & they host German themed nights, especially around college campuses. Things get wild as you can see simply by leafing through campus police reports on Sunday mornings. One of my favorite examples was the dead squirrel who lived on as a makeshift football at the University of Wisconsin La-Crosse Oktoberfest many moons ago. Besides that there were flipped cars & riot-like conditions later in the night.

But there’s one school who goes udderly above & beyond the others when it comes to this yearly party tradition. Yes, you guessed it. Brigham Young University. BYU Football is 3-3 and still heating up for a strong season & their mascot Cosmo’s been stealing people’s wives.

Off the field there’s no doubt things were getting even crazier when they showed up at BYU’s Bavarian blowout. 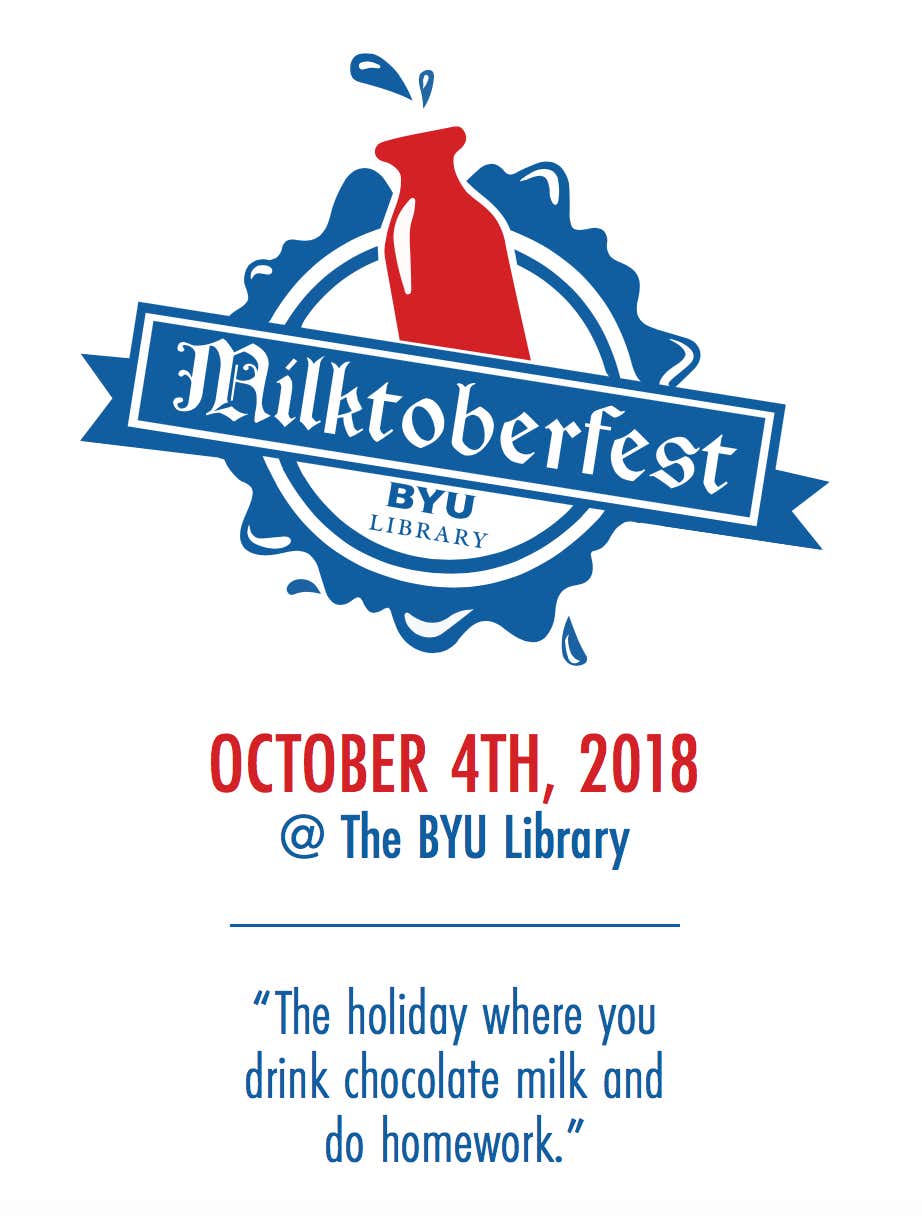 “The holiday where you drink chocolate milk and do homework,” has been a fixture since 1997. The school had a #milktoberfest hashtag contest on Twitter & if you’re looking for the most wholesome memes on the web that’s the place to be. In the pictures below you see people sitting on the floor waiting behind lines of ropes for the event to begin. Part of me wants to poke fun…