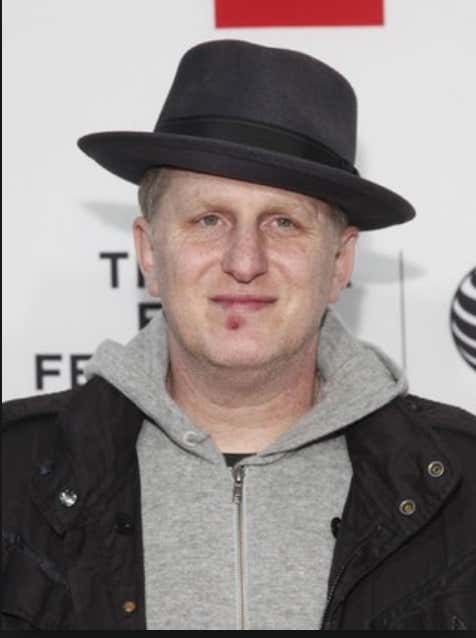 Fact #1: Did You Know Michael Rapaport Was Sentenced In A Court Of Law For Harassing A Woman?

Fact #2: Did You Know A 47-Year-Old Michael Rapaport Once Publicly (And Falsely) Alluded To Having Sex With His 19-Year-Old Co-Worker?

Fact #3: Did You Know That Michael Rapaport Insinuated Engaging In A Sexual Assault On Twitter?

Did You Know That Michael Rapaport Is…HOLY HELL THE HYPOCRISY IN THIS ONE IS INCREDIBLE!!!

Or here’s Rapaport’s VOTE OR STFU rant on WSHH for the 100% of you that the “King Of Trash Talk” blocked from his Twitter account:

Bravo, Micheal Rapaport. Bravo. Good on this living corpse for promoting the right, nay, the duty to exercise your Democratic action to vote in this great nation of ours. Michael Rapaport has not shied away from his political views on his multiple platforms. If you’ve ever heard/seen the actor babble, you’re aware of his disdain for the current administration: 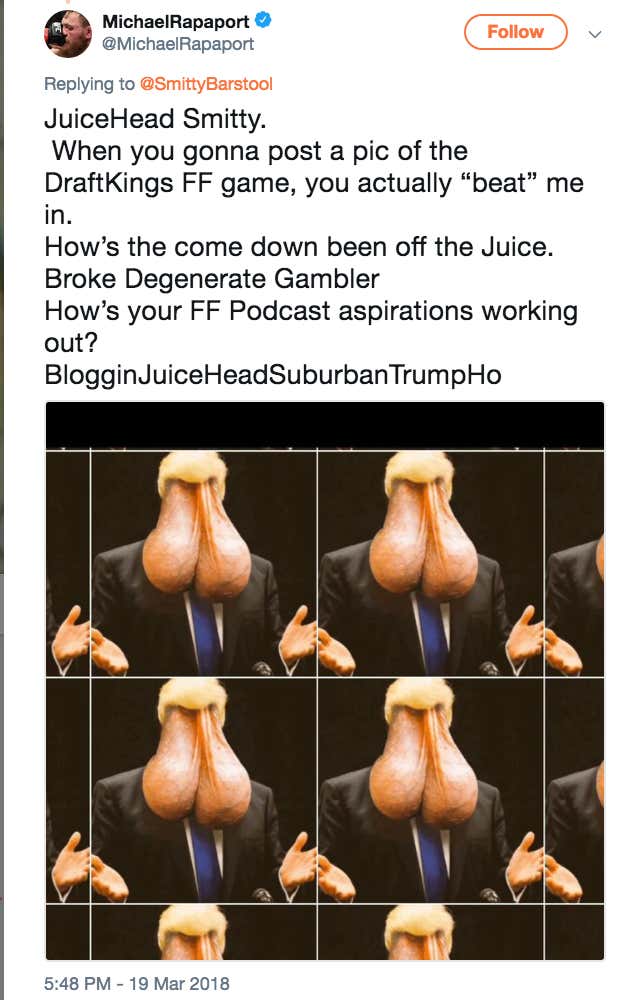 Calling the President Of The United States a “Dickstain”, alluding to the Commander-In-Chief as being a dictator, posting a picture of Donald Trump with a pair of testicles replacing his face while adding the lovely phrase “BlogginJuiceHeadSuburbanTrumpHo” – OVER FANTASY FOOTBALL. That’s some pretty harsh stuff. Michael Rapaport has even gone to the lengths of “accusing” others of voting for Trump (whether they did so or not) in attempt to disparage them publicly, my boy Smitty included: 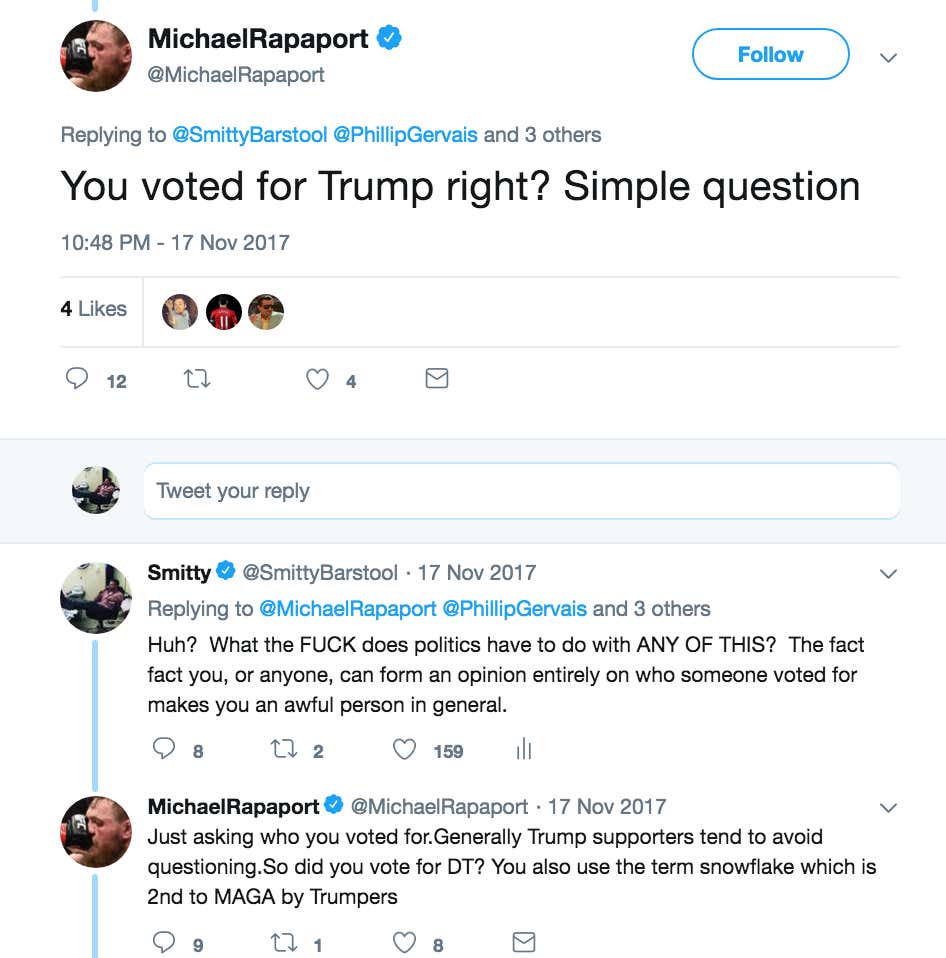 Michael Rapaport has the right to voice his opinion. Why? Because this is America.

However, one would have to assume that since Michael Rapaport talks the talk NON-STOP about politics, he does indeed walk the walk to the voting booth. Otherwise, what’s the point?  Sources tell Clickbait Smits that Smitty himself forgot to mail his absentee ballot back to PA in time for the ’16 Presidential election, and he is indeed ashamed of that fact. However, because of his lack of participation in that Democratic process, sources also tell Clickbait Smits that Smitty has willingly abstained from political conversation solely because he forfeited right to vote. How can you have an opinion about who is in office if you had a chance to voice it and did not do so? That’s blatant hypocrisy. Michael Rapaport would never stoop that low in life, right?

Well, my fellow citizens, thanks to public records in this great country of ours, you’re able to look up, for free, to see if someone has voted in an election. You can’t see who anyone vote for, but you are definitely able to see if they indeed did vote. You can do so for anybody registered in the state of New York: HERE. Here’s an example of a random person who voted in The Empire State, as available on said public records: 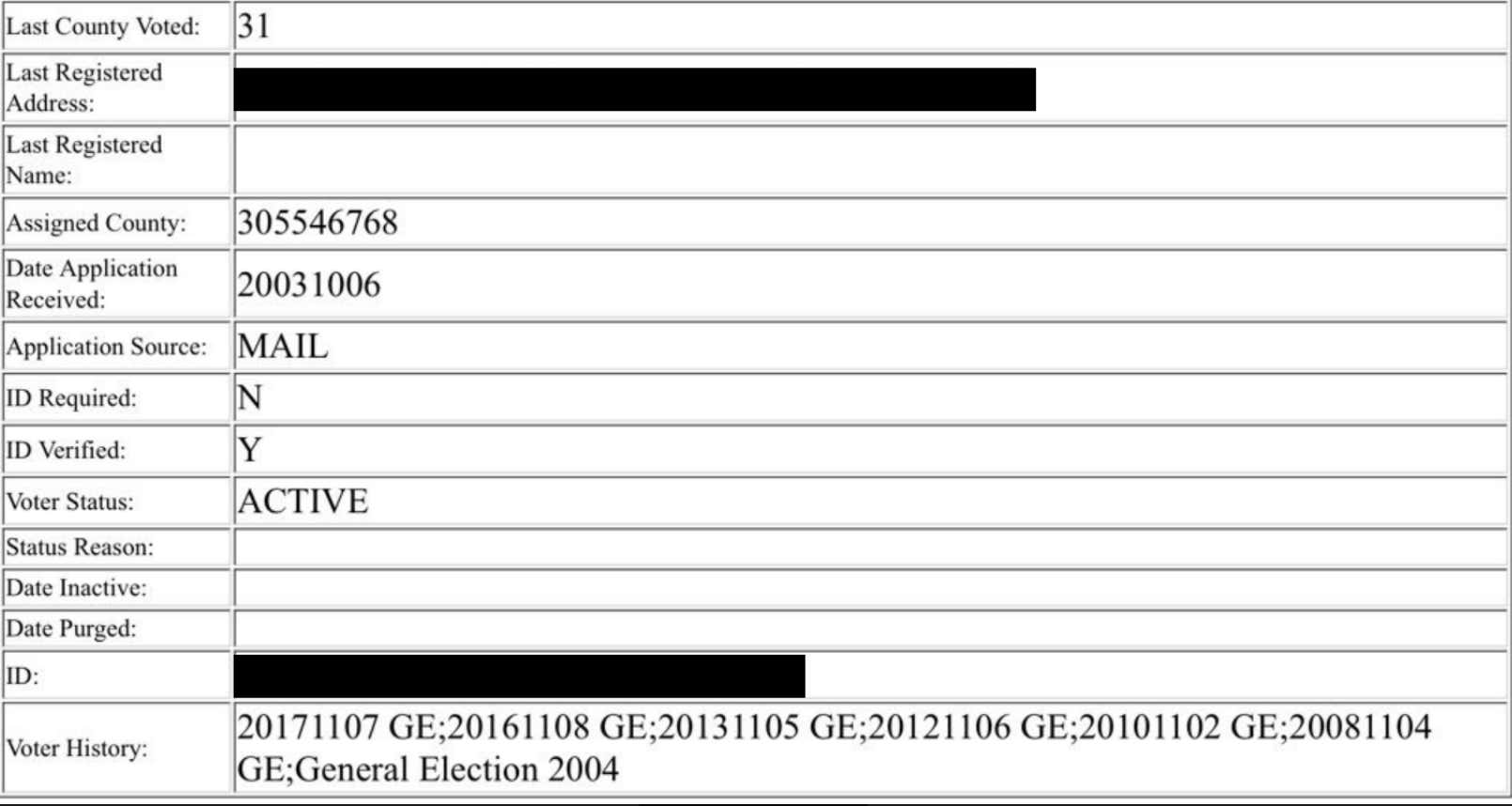 Notice the “Voter History” column at the bottom. The public record notes this specific individual has voted a number of times from 2002-2017. A good, or at the very least, active citizen of the Democratic process in this country.

So how does one Michael Rapaport’s voting history in the state of New York look? Let’s find out:

The Rapaport in question can be found HERE at #195: 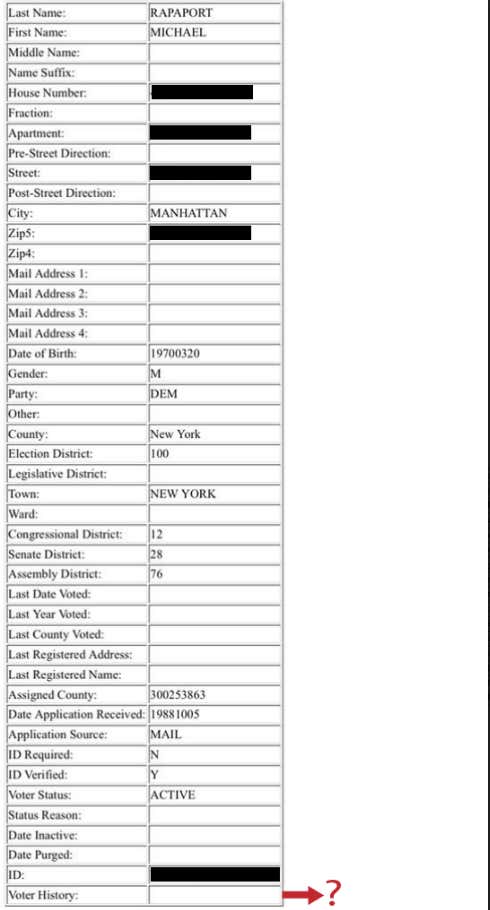 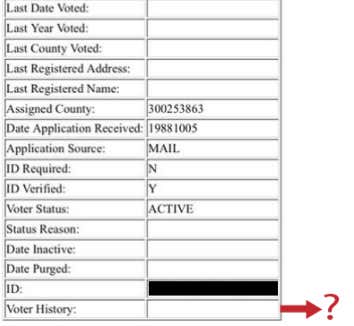 Wow. Just…wow. According to these PUBLIC RECORDS, Michael Rapaport HAS NOT VOTED IN THE STATE OF NY SINCE AT LEAST 2002!!!!! Holy. Hypocrite.

#VoteOrSTFU, Rap. Your words, not mine, or anyone else’s. Guess Rapaport needs to SHUT THE FUCK UP about politics or else he’ll be known as a hypocrite forever, but history already says Rap doesn’t have a problem with that. It’s amazing this fraudulent hack of a hypocritical human is allowed to have a platform.

For shame, Michael Rapaport. For shame.

UPDATE PS – It’s come to our attention that it’s possible Michael Rapaport could be registered to vote in other states than his home state, New York. If all of the public findings here are true, Michael Rapaport, according to Public Records, has not voted in the state of New York since at least 2002. Be that as it may, Michael Rapaport is Mr. NYC, right? There’s no way he’d excursus his citizen given USA right to be represented anywhere else.