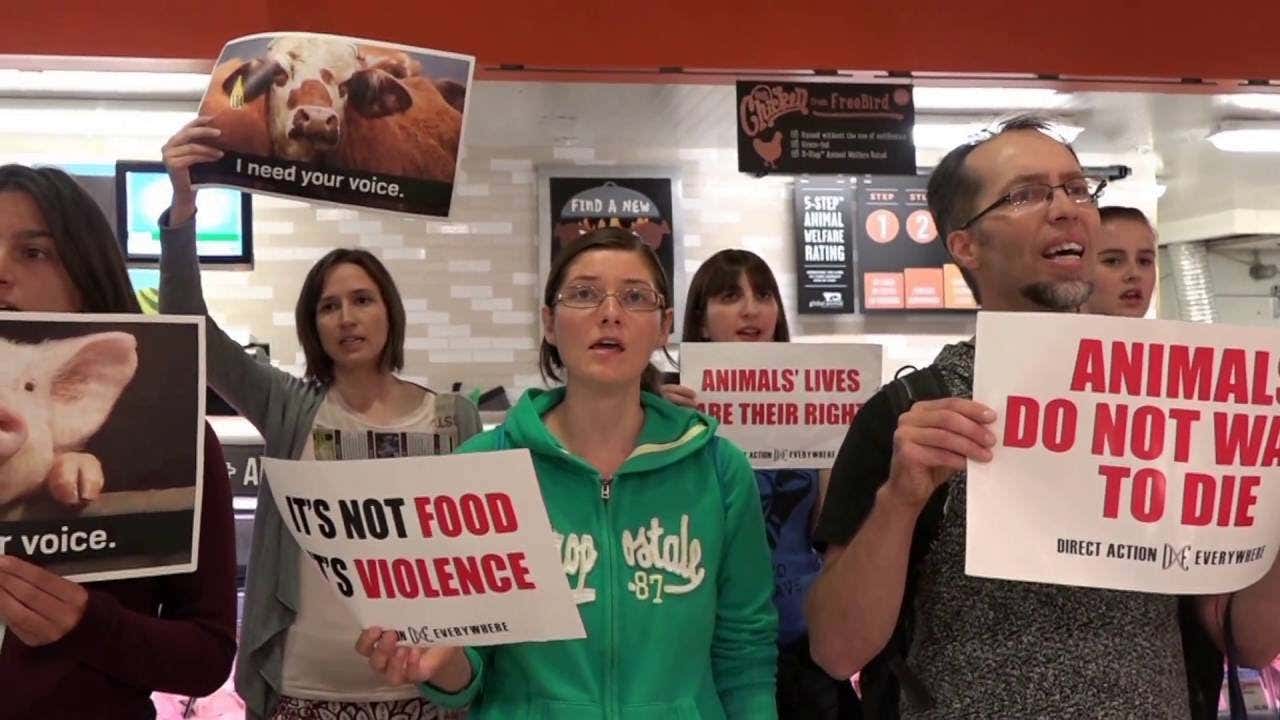 For a full week, a big black banner was posted from a sidewalk in Berkeley, California. “OCCUPY WHOLE FOODS”, it declared in large, white block letters.

We all know how those Occupy protests go. Always a success!

But the protesters who created it, a group from the animal rights activist organization Direct Action Everywhere (DxE), were not actually able to do much occupying. Just days before a weeklong protest scheduled for late September, in which the activists had planned to call attention to alleged animal welfare violations by suppliers to Whole Foods’ parent company, Amazon, the Berkeley store filed a restraining order.

“We are not allowed to even step foot in the parking lot right now,” said Cassie King, a DxE organizer. “We can’t go inside the store and ask our questions.”

Early that week, the group sang, chanted and beat drums to attract customer attention from sidewalk. But on this quiet Friday afternoon, with the weeklong demonstration nearly over, a few members sat behind tables, megaphones facing down, waiting for interested passersby to approach them. 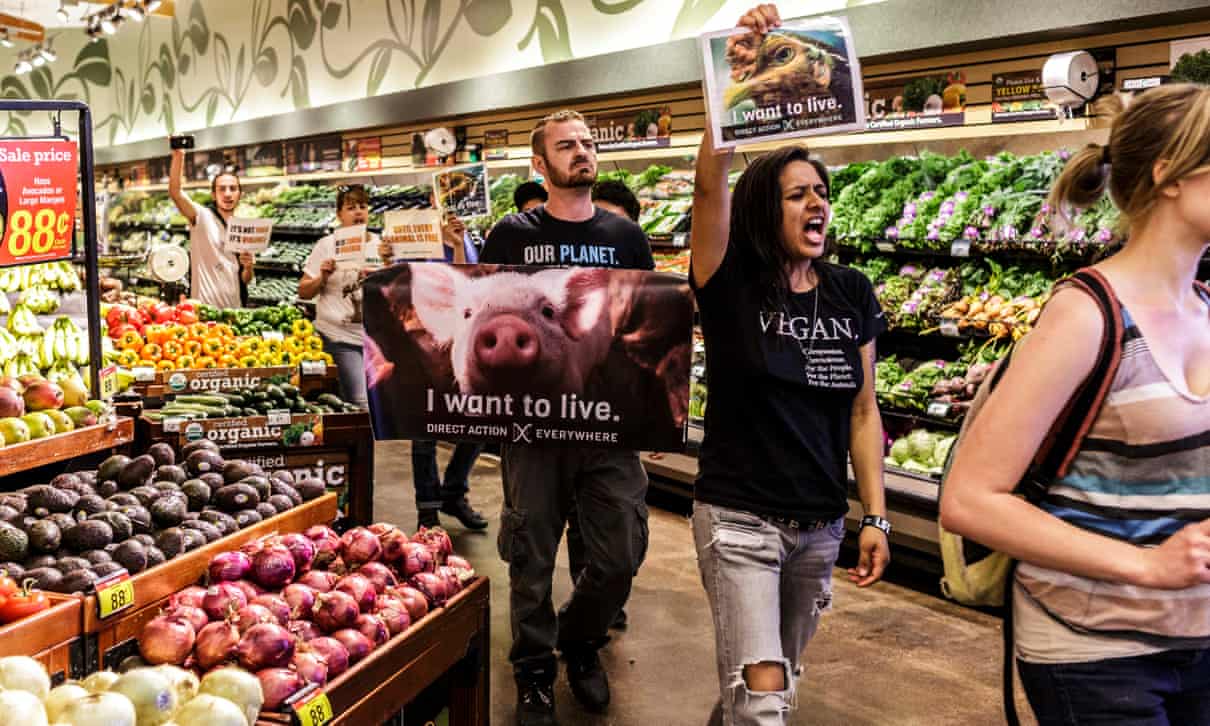 DxE’s in-store tactics range from chanting and singing about animal rights to more extreme tactics: splattering eggs with fake blood, acting out scenes of animal slaughter (with members representing the animals) and displaying graphic photos and videos in meat and dairy aisles.

Fake blood. I feel like I’ve heard about this tactic before.

Whole Foods should’ve taken a few of their butchers and had them cut the meat in front of the protestors like Michael Hunter did in his Antler Resturant in Canada: