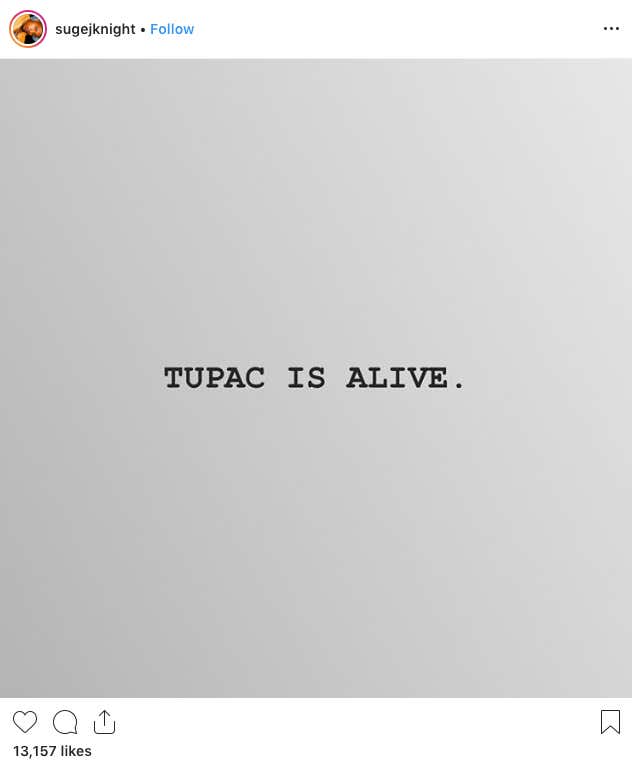 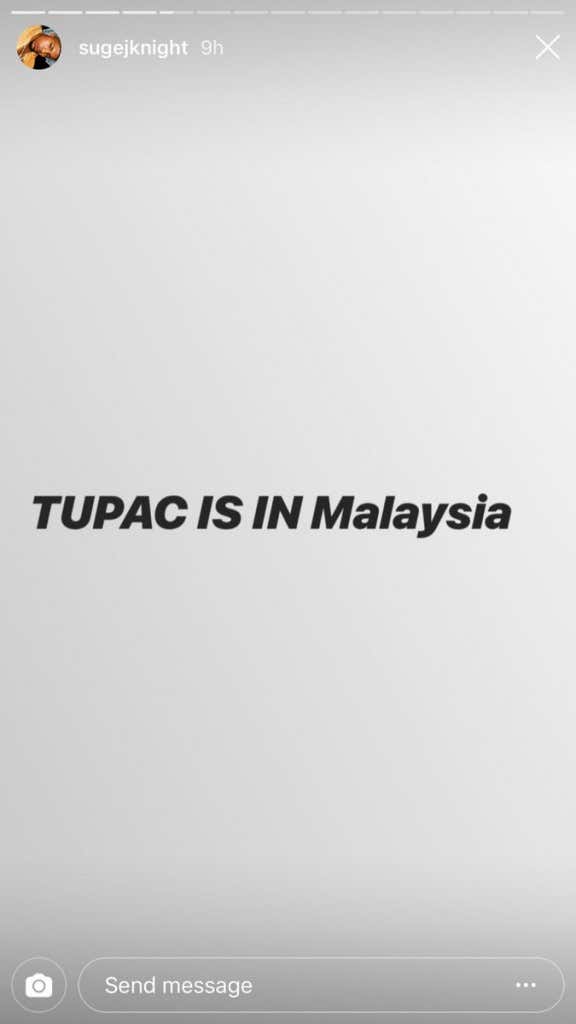 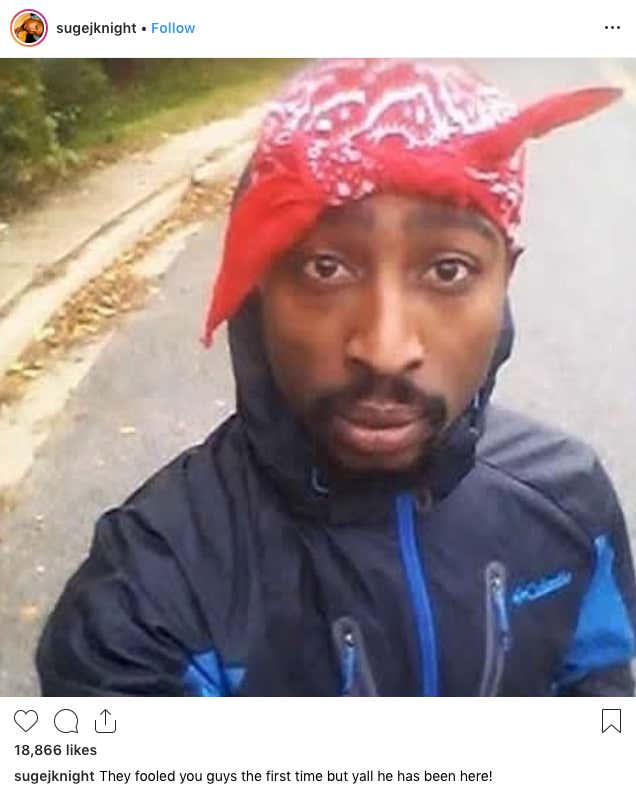 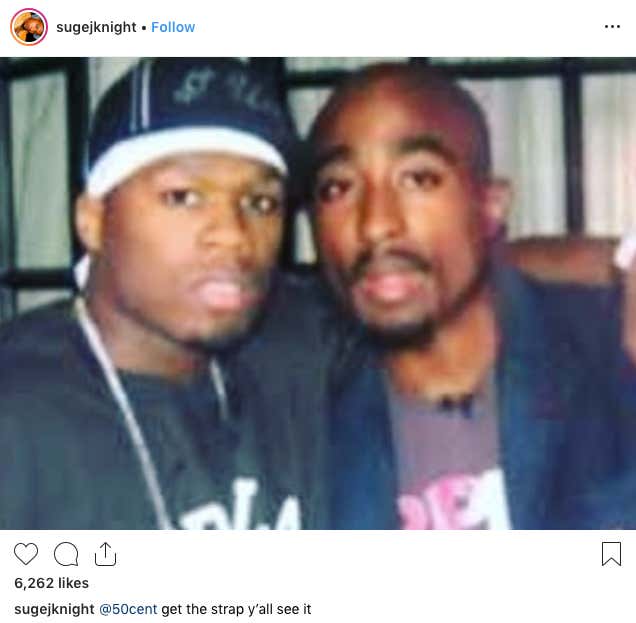 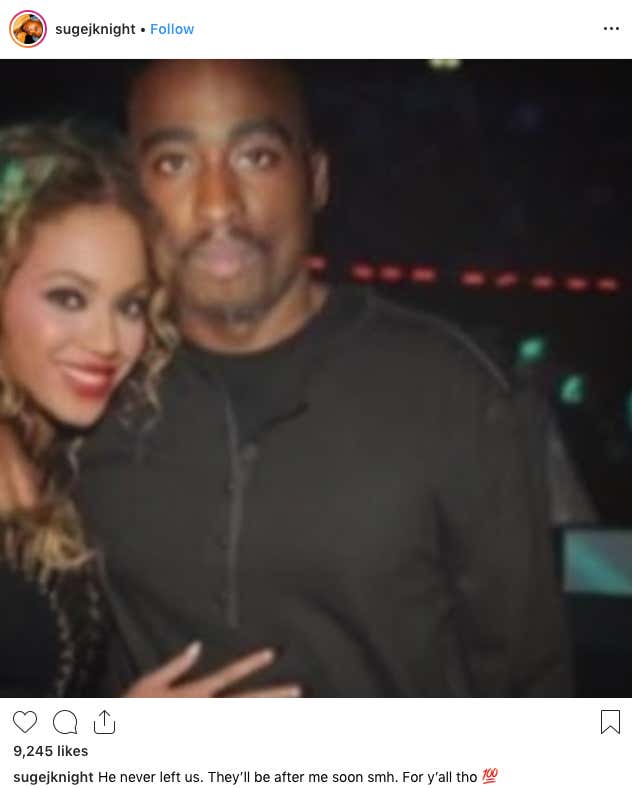 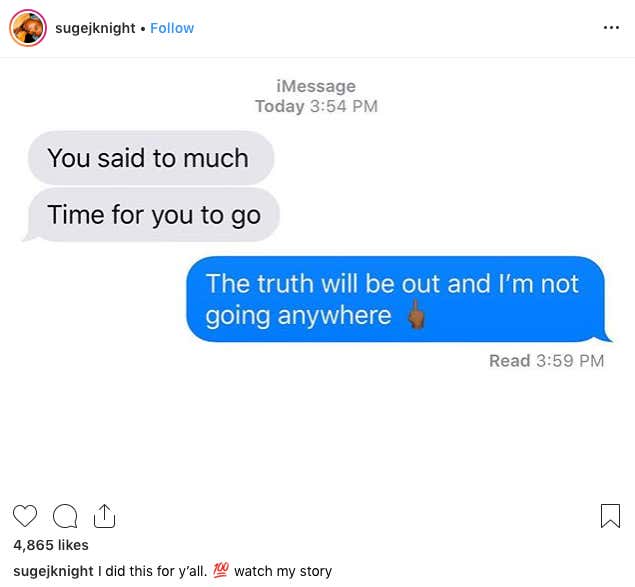 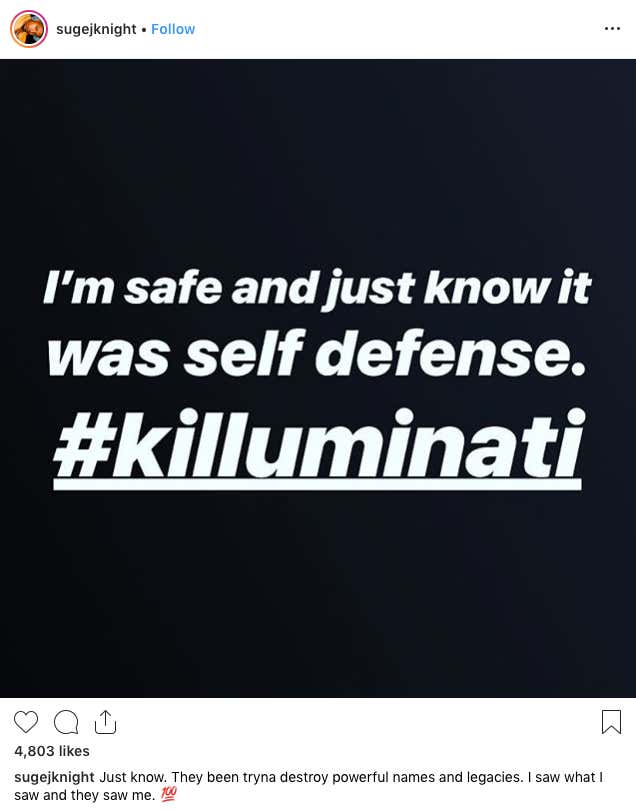 Well I don’t know about you guys, but I am completely convinced. All of those definitely not Photoshopped, definitely not old, recycled pictures of people that aren’t look-alikes and a conveniently blurry silent video are all I needed to see in order to declare Tupac alive. Granted I have lived by two mottos for the last 25 years of my life:

1. Never talk shit about someone named Suge Knight
2. Believe that Tupac is alive no matter what unless you see his dead body laying directly in front of you

I know the haters and the losers, of which there are many, will say this is some sort of publicity stunt for little Suge now that he has to fend for himself since his dad is in jail for likely the rest of his life. But I like to think that Suge’s scary dad being behind bars is all little Suge needed to unleash the truth on the world that only the closest circle of the person that was in the car with Pac knew. And if you say the Illuminati is behind something, I will believe it 100 times out of 100 just because I don’t quite know what the Illuminati is but I do know I am terrified of them because they are apparently super powerful.

I have also read wayyyyyyy too many conspiracy theories about Tupac’s fake death back in the day to take some coroner’s word that Pac actually passed. From Tupac’s being cremated despite it being against his religion (I admittedly don’t know if this is true but it sounded like it was back in the day), to him releasing more music after death than pretty much any musician has ever released, to the 7 day theory that is still in the most 90s website format possible as I read it as a teenager with a wide open mind. Actually go read the 7 day theory and try to convince yourself that Tupac IS dead. We’ll wait.

That shit is CRAZY, right? I can see one or two coincidences. But that is a full book worth of coincidences on a site that must have taken years to write during the dial up era of the internet.

Now I know what you’re thinking. Maybe little Suge is on drugs. Nope! You want more proof? Here you go: 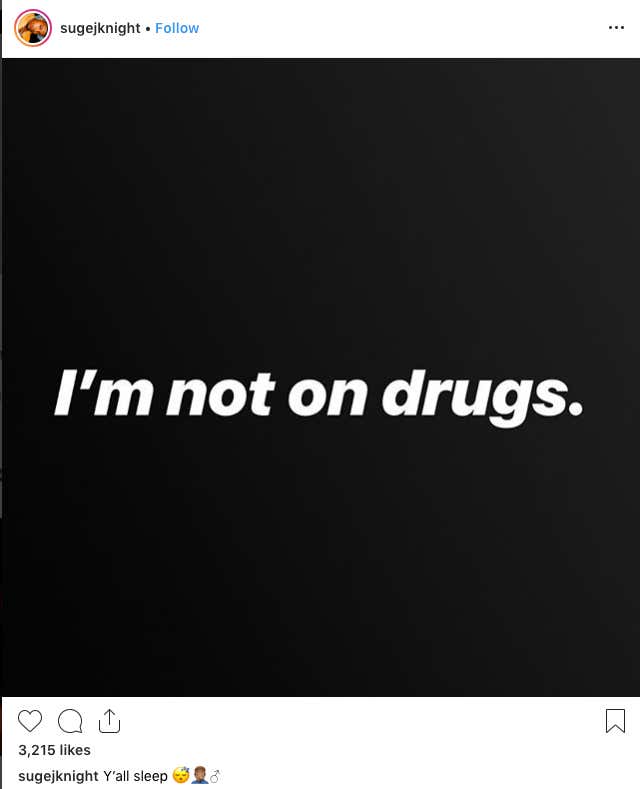 Boom, case closed on that one. Have any more brain busters?

Yes I realize that Tupac has been “dead” for more than 20 years and it’s almost impossible to believe that he could still be hiding in Malaysia. But how many of you people saying that could even point out Malaysia on a map? THere’s a reason the Prime Minister of Malaysia was used in Zoolander. It’s pretty much as random of a place as you can find. Have you ever seen any of Donnie’s videos from random Asian countries? It’s not like there are cameras every two feet like there are in civilized countries. In fact I’m pretty sure Donnie is the only person in those types of countries that even has a video camera. And lets not forget that they couldn’t even find a fucking PLANE that crashed from Malaysia using all of today’s modern technology as well as Big Cat plane hunting his dick off. How are they going to find someone that doesn’t want to be found in Malaysia?

Oh and look what just happened to hit the internet this week.