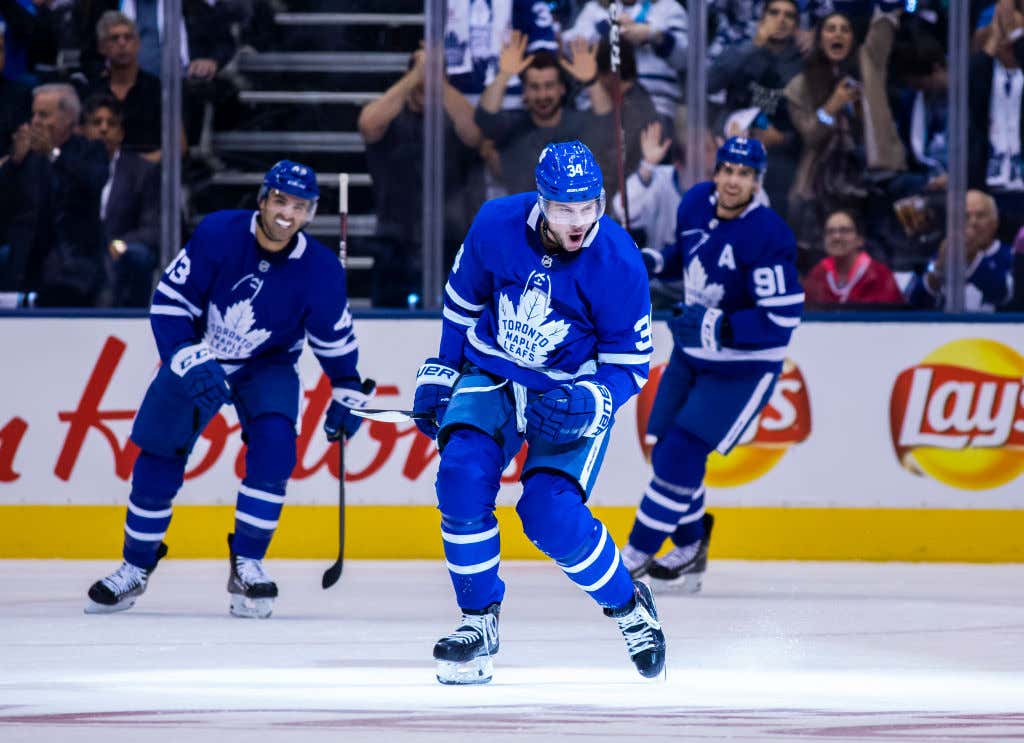 Last night was like Christmas morning but only if the snow on the ground on Christmas was copious amounts of cocaine. Meaningful NHL games being back in our lives has the hockey world all sorts of jazzed up and right off the bat we had 4 beauties on the slate. It was goals galore with 3 out of the 4 games going over on the total and the only game the over didn’t hit still went to overtime so no real complaints there. So anyway, this could potentially be something that I do to start off every morning if people like the idea. Or if you think it’s pointless because you’ve already seen the goals before, maybe I’ll only do it when I feel like it. I don’t know. It’s really up to you guys. But since 26 goals were scored in only 4 games last night, I figured I’d highlight my personal top 5 of the night. Not a bad way to kill some time if you’re stuck on a train or in traffic on your morning commute, or taking that first shit break of the day at work.

To be fair, the Sharks were on the penalty kill here. But still. So much was made out of San Jose’s defense before the season started after acquiring Erik Karlsson. But the Ducks threw 5 in the back of the net last night and this goal from Rik Rak after a nasty, nasty feed from Jake Silfverberg was a nice little summary for the entire game.

Nice little move from old man Getzlaf to get the party started. And then Silfverberg with the touch off the skate, spin around no look dish right through the legs of Brent Burns and on the tape Rickard Rakell. Not trying to take anything away from that goal but I’m pretty sure I could have managed to put that one away. Just a nice little tap in. Apple here was clearly the main course.

4. Welcome To The Show, Elias Pettersson

First career goal for Elias Pettersson and this thing went backbar and out so quick that Mike Smith had no idea what the shit just happened. Watch the goal again and just focus on Smith’s reaction. Buddy still tries to go post-to-post even after the goal horn goes off. That’s how lost he was on that shot. We’ve been talking up Pettersson for a couple of weeks now so it shouldn’t be too much of a surprise to see him already out here assassinating tendies. Kid was the Swedish League MVP last season as a rookie and should probably enlist in the Swedish army with that rocket launcher he’s working with for a shot. And my favorite thing about this goal here is the confidence. A lot of young players in this situation are nervous about making a mistake so they end up trying to make the “safe” play by going one more with the pass on a 2v1. 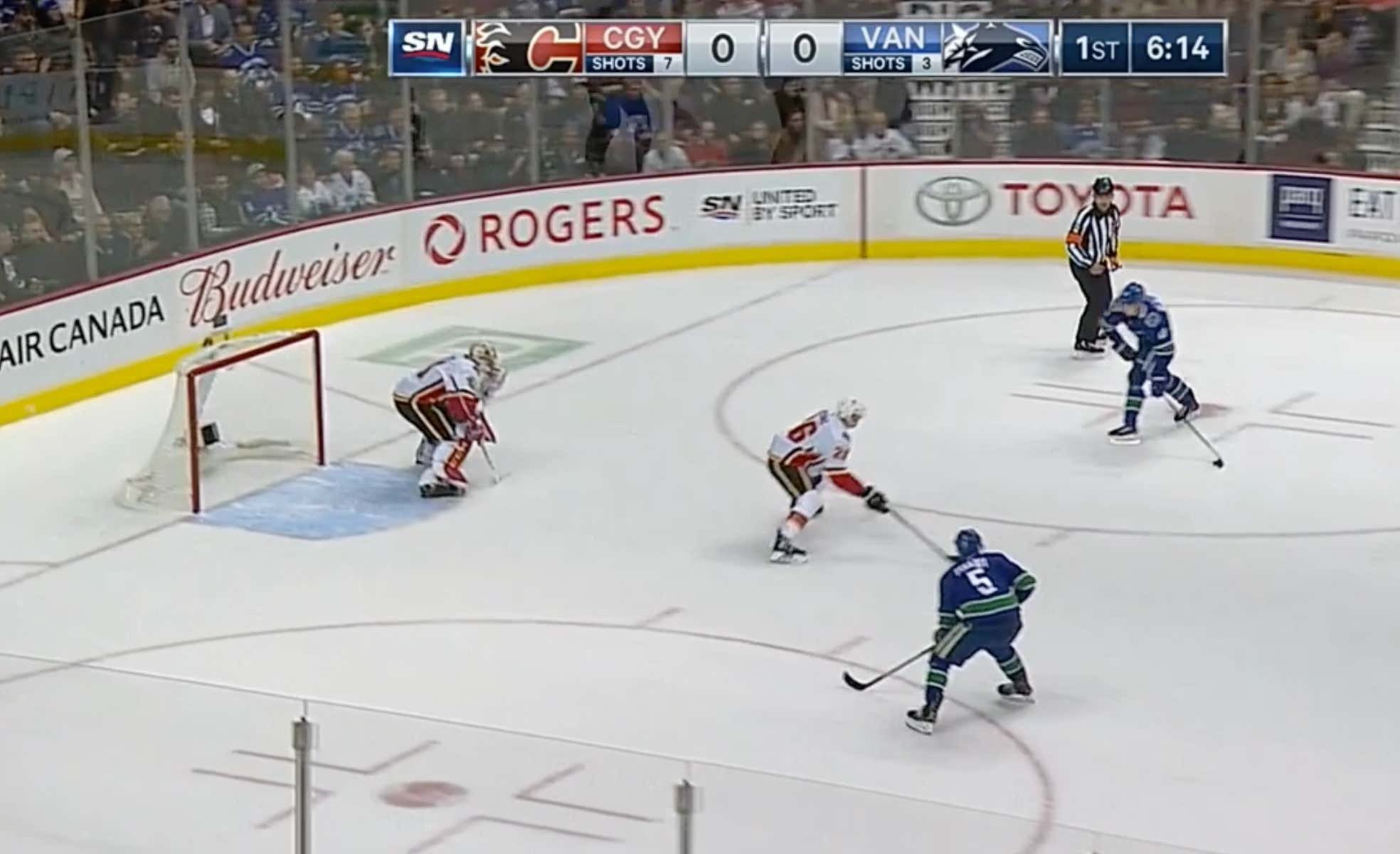 More often than not, the D-man hits the deck and the pass is broken up. But Pettersson just says, “nah fam, I got this shit” and rifles one to the back bar like a stud. Little bit of a different game than Laine but same shot confidence in Pettersson. Get used to seeing 30-40 from him.

3. Nic Dowd Heard It Was A Point Night Last Night Against Boston

If it weren’t for the fact that the Bruins let up 7 goals last night and that anybody could have scored on Tuukka, this goal probably would have been a little higher on the list. But 3 is enough for now. Nic Dowd isn’t necessarily what we in the biz would refer to as a goal scorer. He’s played in 132 career NHL games and that was the 10th goal of his career. Usually for a guy like Dowd, if you get gifted an atrocious turnover right in the slot like he did there from Grzelcyk, you try to get a quick shot on net and pray for a rebound. Nobody is expecting you to show up on SC Top Ten the next morning. But like I said, somebody told Nic Dowd that it was a point night so he decided to get a little fancy with it because why the heck not. Spin-o-rama, backhand, in the back of the net. A thing of beauty right there.

2. Tomas Hertl Hey How Ya Doin’

There’s not a single thing about this goal that doesn’t register a full 100 on beauty status. Part 1) breaking up the point-to-point pass on the penalty kill. Tomas Hertl is just out there at the moment to not get scored on so right away he’s doing his job. Part 2) bullying Brandon Montour on the foot race to the loose puck. Obviously Hertl had a little bit of a jump on Montour since he was already moving up ice, but he still just brushes him off like he’s playing against a peewee or something. Part 3) The drag. The drag. The drag.

Dear god. That was pure, unadulterated filth right there. Along the wall. Between the legs. Silk silk silk. And then obviously Part 4) going up north over the shoulder of John Gibson. Thing of beauty.

1. There Is No Stopping Auston Matthews, You Just Have To Pray He Takes As Few Shots As Possible

Now I know a lot of people are going to think I’m just trying to suck Auston’s dick by putting this as my #1 goal of the night. But c’mon. This was just silly. How does anybody look at that goal and with a straight face say there is any way that anybody in the world can stop Auston Matthews from filling the back of the net? I mean what could anybody have done in this situation where the end result wouldn’t be a goal? 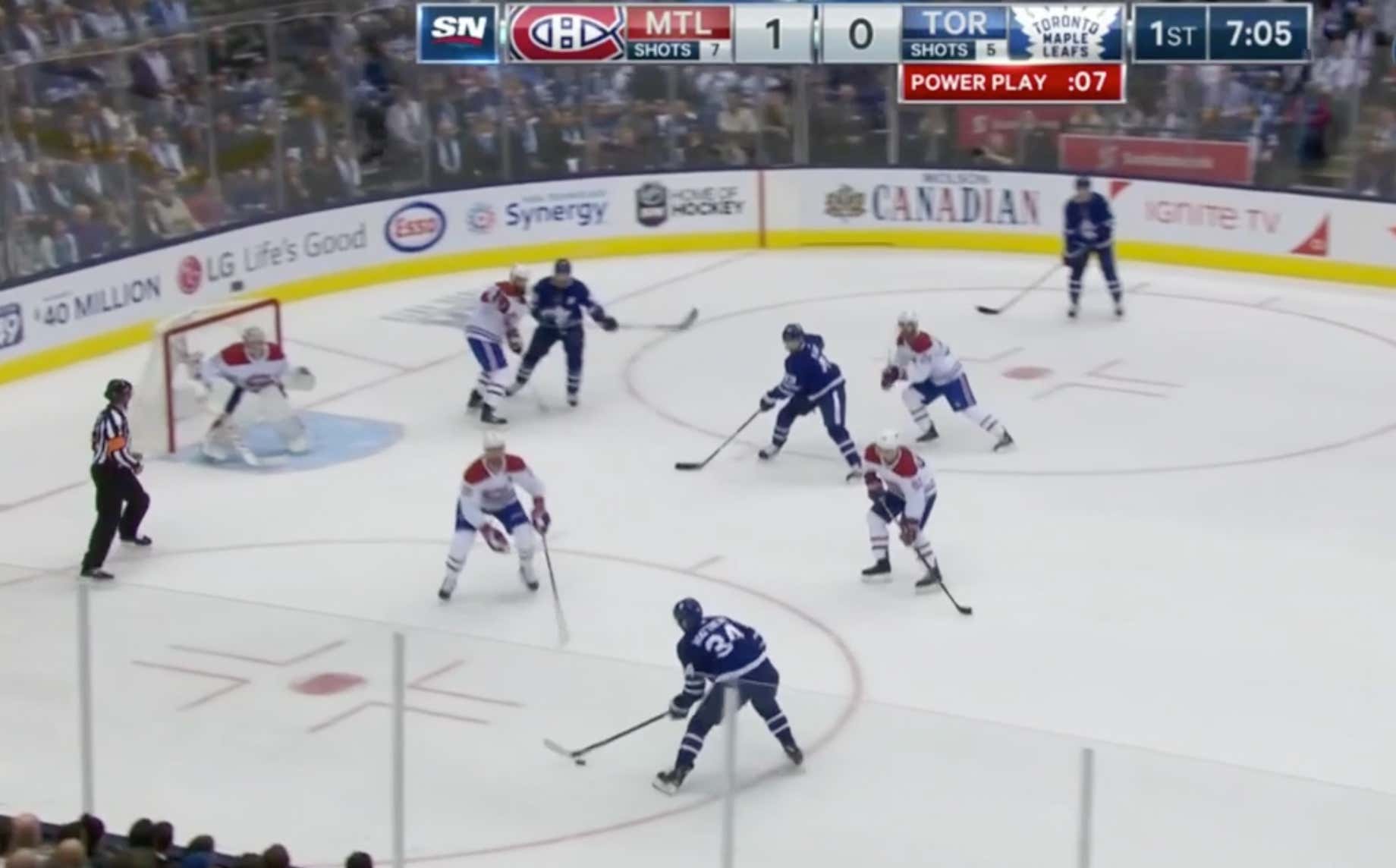 Jeff Petry steps up into the shooting lane and he thinks he’s done his job. His goal right there is to just make sure that Matthews doesn’t let a laser go. He knows he has some help on the back side so if Matthews tries to force this one into the slot, somebody else can get a stick on it. But little does Petry know that AM34 is already 10 steps ahead. Jeff Petry isn’t there to stop Auston Matthews from shooting. He is there to serve as a screen for Matthews to shoot around. So he curls around Petry, hides the release point and then it’s fucking STAPLED to that top right corner.

That, my friends, is what elite looks like. The GIF doesn’t even do it justice because you can’t hear that sweet, sweet ping of the pipe. And then Matthews goes on to score the overtime game winner as well. The Toronto Maple Leafs won a 1-goal game where all of their goals were scored by either Auston Matthews or John Tavares. I feel like we’re going to be seeing that story a lot this season.