Daily Mail- A man has faked his own death in a motorcycle accident shortly before ‘coming back to life’ to ask his distraught girlfriend to marry him in a bizarre proposal. Footage taken on September 30 shows Jeffrey Delrio lying on the road in South Cotabato in the Philippines while a traffic officer – who was part of the elaborate proposal – tells his girlfriend Shiela Parayanon to prepare for the worst. As he lies ‘lifeless’ on the ground next to his motorcycle, his devastated girlfriend rushes to his side and breaks down in tears.

But shortly after playing dead, the man suddenly gets on his bended knee and pulls a red box containing an engagement ring from his pocket. He then asks his distressed girlfriend to marry him – and she says ‘yes’.

Whoa. Whoa that’s weird. Really fucking weird. Holy fucking shiiiiiiit. Don’t get me wrong though, I don’t knock this guy’s hustle one bit. Anybody that has ever gotten down on one knee and put themselves out there knows just just how terrifying it is that your significant other may say “No”. I was living with my now wife for a few years and had to hear all the “When are we getting married?” questions from her and everybody in her family and I was still terrified of what her answer was going to be as I waited what felt like forever on bended knee.

Which is why the best way to lock up a Yes is by having them think you are dead as fuck. All the good memories you had together are rushing through her head as she wishes she could speak to you just one more time before seeing your brains splattered on the road of the motorcycle she begged you to sell. Instead this guy pulled the ultimate Rope A Dope and figuratively gave his girl his still beating heart as well as a diamond ring by showing that true love isn’t dead and neither is he. Try to say No to someone’s wedding proposal after you go from mentally planning a funeral to mentally planning a wedding in a literal heartbeat. And as Chazz from Wedding Crashers taught us, tears are the true lubrication for the soul.

Since this all happened so quickly, his bride to be didn’t even know there were cameras rolling, which I think is always nice for such a big moment in two people’s lives. We got a great view of his “Gotcha bitch!” face during the proposal. 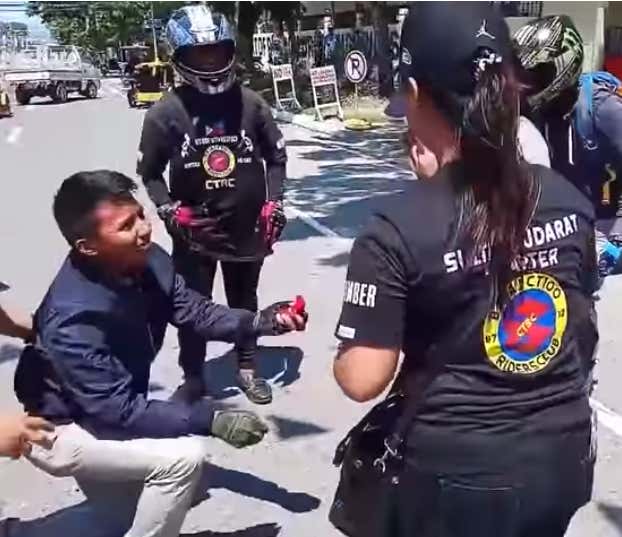 And the cameraman captured her happiness absolutely perfectly! 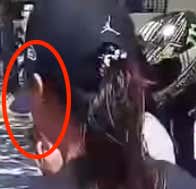 Simply beautiful. It never gets old hearing the screams of pure agony turn into screams of pure joy (with a decent amount of agony still present because I don’t think your body can physically pull a 180 that quickly).

Also, I don’t know if it’s a coincidence or what, but we seem to have wedding engagements raising the stakes at a dizzying pace from the Disney double proposal

To that crazy bird at the Emmys popping the question

To a Jeopardy proposal on the stage that Trebek built

I honestly don’t know what can top faking your own death, but I can’t wait to find out.