God, I love that man.

“Last time Texas was ranked in this game was 2012 and it was a beat down” was beyond disrespectful. Just a subtle jab to the Longhorn folks that Oklahoma has been on a completely different level for the 5 or so years. Yeah, sure, Texas won in 2013 and 2015, but what did they do those seasons? Not much. Baker Mayfield isn’t at McGregor trash talking levels, but he’s close. When asked who is going to win on Saturday it isn’t simply just “Oklahoma,” but an insult on multiple levels. LOVE IT.

The only qualm I have is the horns down he gave. Why was it sideways? I’m not doubting Baker here, but more doubting myself. Is it more of a shot at Texas to do a sideways horn?! 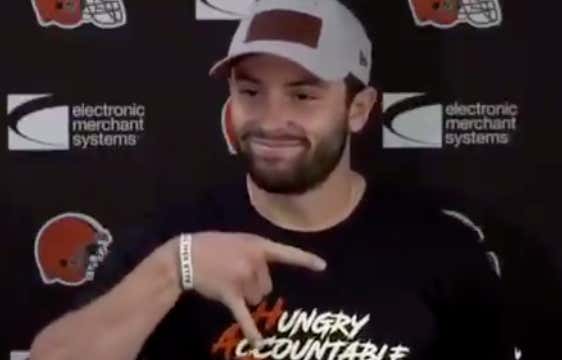 How did Baker fare against Texas in his time at Oklahoma?