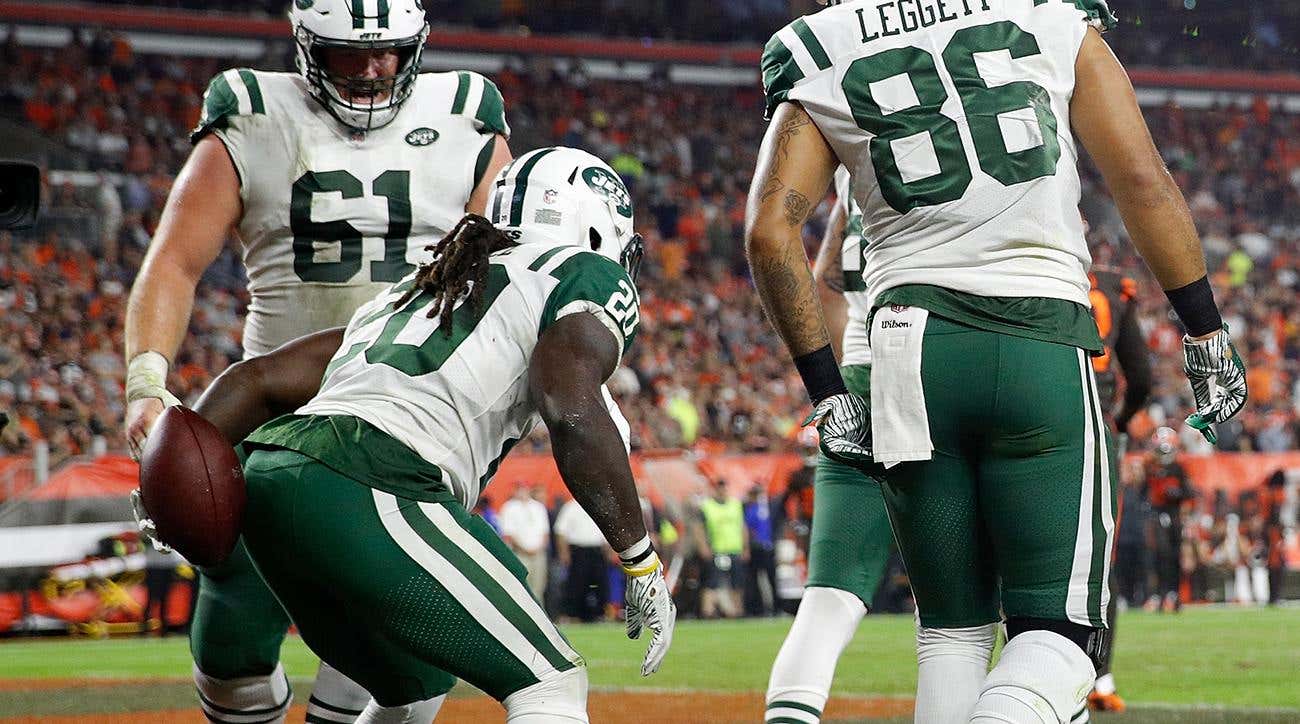 What a wild time to be alive. Just 2 weeks ago, New York Jets running back Isaiah Crowell was fined $13,000 for celebrating a touchdown right in front of his former team’s fans by bending over, taking the ball, wiping his ass with it, and throwing it into the crowd. It was hilarious – but some people also deemed it inappropriate, I guess. The NFL wasn’t happy, head coach Todd Bowles wasn’t happy, and Crowell’s mom certainly wasn’t happy.

With the whole world in an uproar, 2018 handled this situation the only way it knows how – Dude Wipes, which markets itself as a toilet paper substitute, signed Crowell to an endorsement deal. Isaiah Crowell, fined and penalized for pretending to wipe his ass with a football, will now be the spokesperson for a disposable ass wiping product.

I personally love the move by both parties. Crowell needs to get his money, and he has also turned a negative, to some people, into a hilarious positive. And on the other side of the deal, who is a more notable ass wiper than Isaiah Crowell right now?

The touchdown celebration turned endorsement deal got me to thinking, why did it take so long for sponsors to cash in? Or more importantly, why has it taken so long for players to figure out ways to get their fines paid for? Chad Ochocinco was forking over his own hard earned cash for his celebrations. Crowell gets to wipe his ass and let his sponsor pick up the tab. Here’s some endorsement deals that should have happened immediately:

Can’t wait to see what comes next.