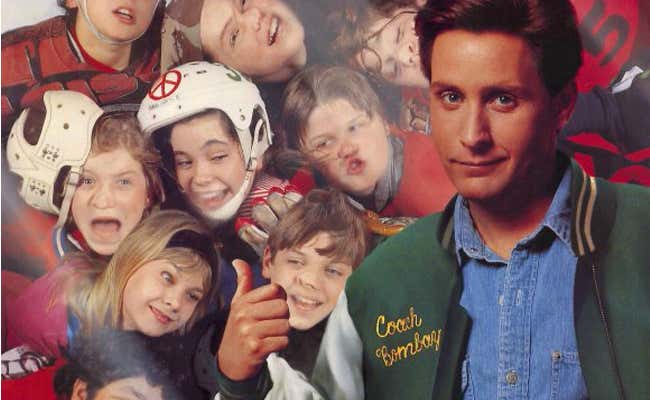 There have plenty of moments that have had significant impacts on world history. The signing of the Declaration of Independence. The day Gandhi was born. The day we shot Osama Bin Laden. But very few of those historic moments have come even close to as groundbreaking and revolutionizing as October 2, 1992–the day that The Mighty Ducks was originally released worldwide.

From that moment forward, the world was never the same. We had entered the dawn of a new day. It was as if everything and anything that had ever happened previously no longer mattered. The only thing that mattered now was Gordon Bombay, Charlie Conway, Adam Banks, Guy Germaine, Fulton Reed, Goldberg, Averman, Jesse Hall, Terry Hall, Connie, Tammy, Tommy, Karp, Peter and the rest of the District 5 Ducks. This wasn’t just a movie about a youth hockey team. This was a movie about America. It was about everything this country stands for. It was about being the underdog, overcoming adversity, working your ass off to achieve a higher goal, and letting your children be attended to by an alcoholic on the court’s order. It was about hockey moms sleeping with the coach to make sure her son gets plenty of ice time and eventually the captaincy. It was about finding every loop hole possible to make your situation better like when Bombay broke out the big guns to rip Adam Banks away from the Hawks. Again, it is the story of America dressed up like a hockey movie for children.

The fact that today isn’t a national holiday will always rub me the wrong way. I mean practically the entire world has off from work every year on December 25th just because a fictional character in the Bible was supposedly born that day. I don’t see why we can’t all have off on the day The Mighty Ducks was released but that’s neither here nor there I suppose. It’s a holiday in my eyes and that’s really all that matters. So go out there and have yourselves a day, you cake eaters. Take the fall. Act hurt. Get indignant.

P.S. – Really hope Goldberg is getting the help he needs. Don’t you go dying on me, ya greasy bastard.

P.P.S. – In honor of it being the anniversary of the original release, here is my screenplay for D4: The Mighty Ducks. Part I here, Part II here, and Part III here.