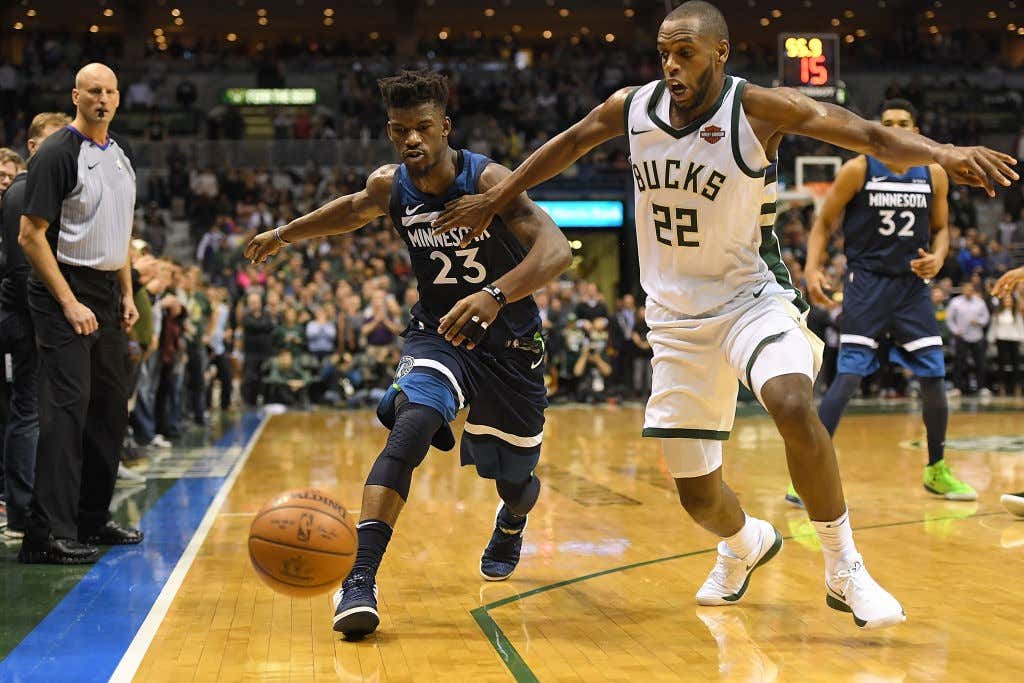 More days are going by and Jimmy Butler still finds himself in Minnesota. We hear rumors about potential deals all the time, but I don’t think we’ve spent any time talking about something that floated around this weekend from Chris Sheridan

Now as always, consider the source. Sheridan is famous for throwing shit out there and seeing if it sticks (remember when the Suns were going to trade for two top 4 picks this summer so they could end up with Doncic AND Ayton?) but look, he’s way more connected than I am so who am I to judge. The idea of a Middleton/Butler swap is intriguing, but is it even possible?

The bad news is the money doesn’t quite add up. Middleton makes just $13M compared to Butler’s $19M so there would have to be more to the deal for this to work. You’d think MIN would also be interested in guard help so they can get out of Teague’s deal, potentially shipping him to PHX, so chances are they also ask for someone like Brogdon who only makes like $1.5M among other pieces which is probably why this deal has stalled. If you’re MIL, I can see why you would turn this down, as Middleton is two years younger and a sneaky underrated wing in the East. He had a great playoffs and is one of those guys that can put up All Star production without ever being an actual All Star. He seems to understand his role within MIL’s offense as the second banana to Giannis, and I’m not sure it’s worth blowing things up just for one season of Jimmy Butler. They also feel that even though Middleton is also a UFA this summer just like Butler, that he’d be more willing to stay given he’s been there since the 2013-14 season.

But, you have to at least consider the Giannis/Butler pairing for the short term. If MIL’s front office is convinced they’ll never get over the hump as constructed, you have to entertain the thought. In my opinion it would be silly to do this trade now until you get an idea just how good the other teams in the East are, but MIL is such a small market I feel like they wouldn’t want to risk making a trade like that and then Butler leaving for nothing. We saw what happened to the small market team in MIN that literally just did that. MIL wasn’t on Butler’s list of preferred destination, and Middleton is good enough where I’m not sure it would be worth it for them.

So sadly, I don’t see MIL being the team that finally frees Jimmy Butler from Minnesota. Too many things just don’t make sense even if it might look nice on paper. I’m still of the belief he finds his way to Miami, and that Pat Riley is just waiting Thibs out. With the regular season starting in two weeks I’m a little surprised we haven’t seen a deal already but Thibs is sticking to his guns that he is not going to make a deal just to make one. Unfortunately I think he’s learning that he may have to end up taking like 65 cents on the dollar in order to get this whole thing over with.