I saw Free Solo again this weekend. It was the first time I had ever seen a movie twice in the theater, ever. And it was just as good the second time. If you are unaware, Free Solo is a documentary about Alex Honnold who climbed El Cap without ropes. You can read more about it here. I’m absolutely fascinated by Alex Honnold. His brain is on another universe than the rest of us. Like, I thought I had a fucked up brain, his straight up doesn’t register fear. Which is why he’s able to do climbs without ropes that some very established climbers struggle to do with ropes.

One thing I think people don’t realize is just how freaking big El Cap is. What he did was basically climb straight up a granite wall, 3,000 feet. For comparison: 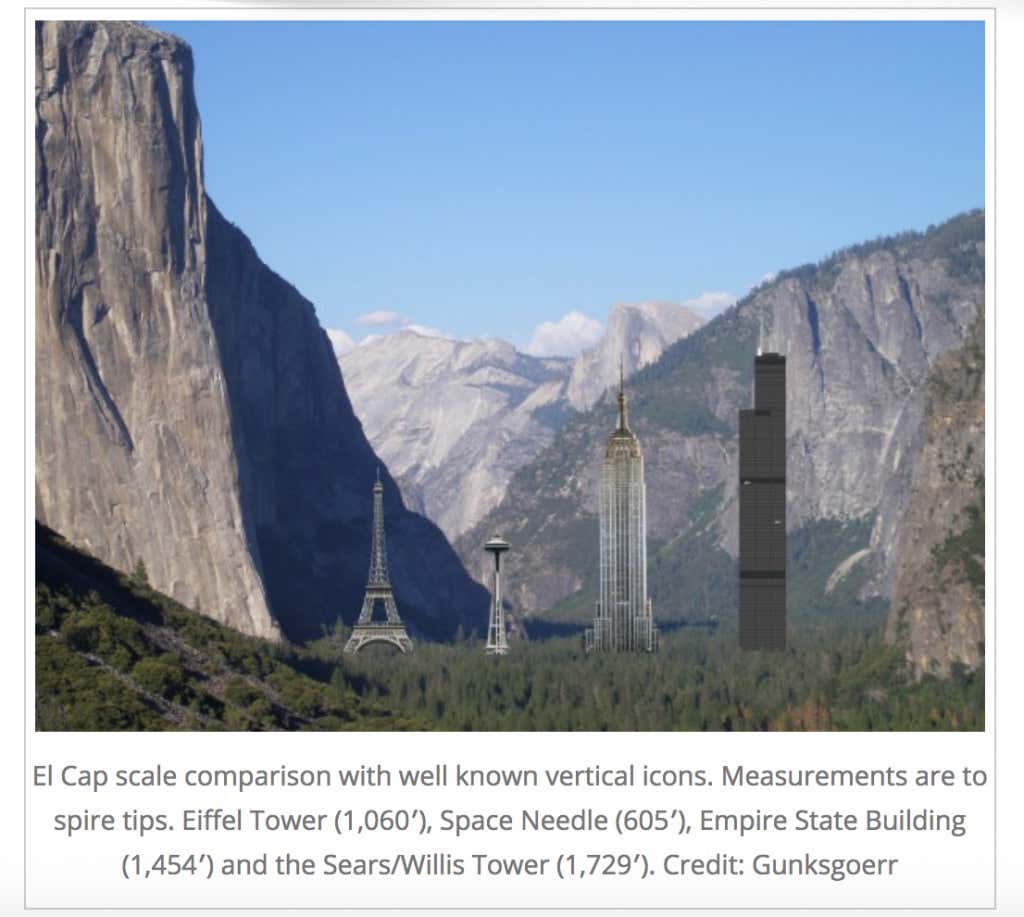 It’s just so massive, it hardly makes a lick of sense. When I’m at a baseball game and someone in the upper deck leans over the railing to try to catch a foul I get nervous. When I’m on a balcony overlooking the skyline of New York City, taking it all in, wondering what life is really all about, I get queasy thinking about leaning over it. I know it’s improbable, but I’m worried a gust of win will wash me overboard. But Honnold can just put on his climbing shoes and climb double the Empire State Building with nothing to stop him from falling. And it’s not like there are set foot holes or anything like that, often time his life balances on his big toe leaning on a quarter inch of rock. It’s insane.

I highly recommend you go see the doc, but if you can’t make it out, watch the 360 degree video below. Mind blowing shit. I’m still kinda amazed by the 360 degree filming technology, but that’s because my brain doesn’t get technology in general. I haven’t backed up my phone in 97 weeks. Too complicated. But anyway, this video is ridiculous: 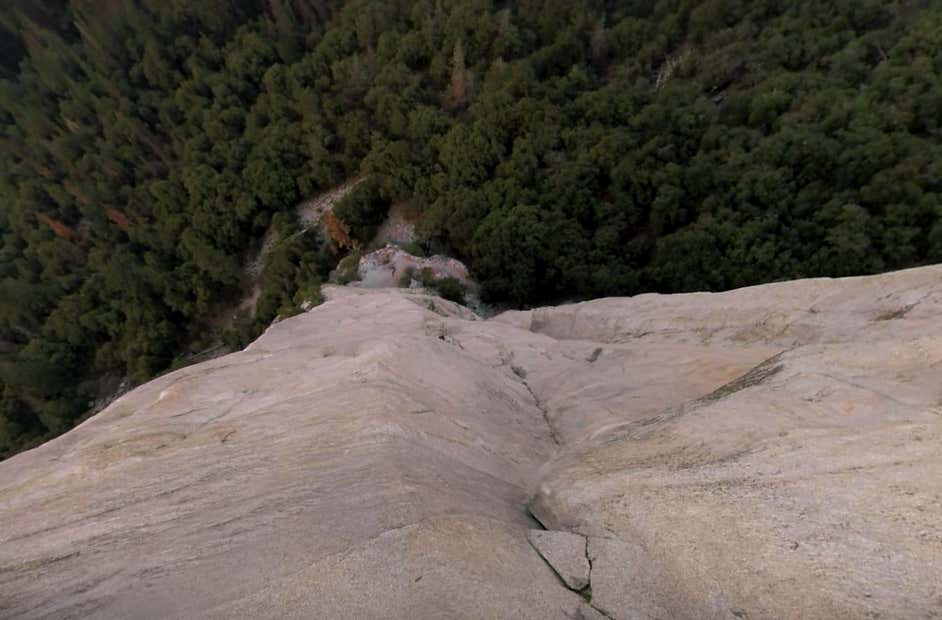 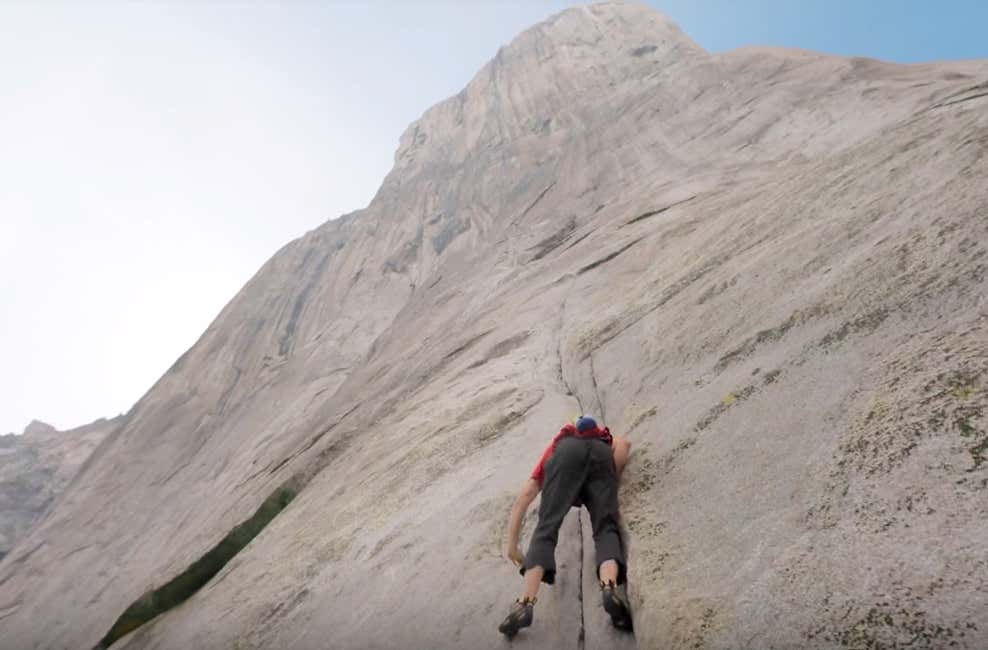 A swift breeze, man. A rogue bird. A sneeze. 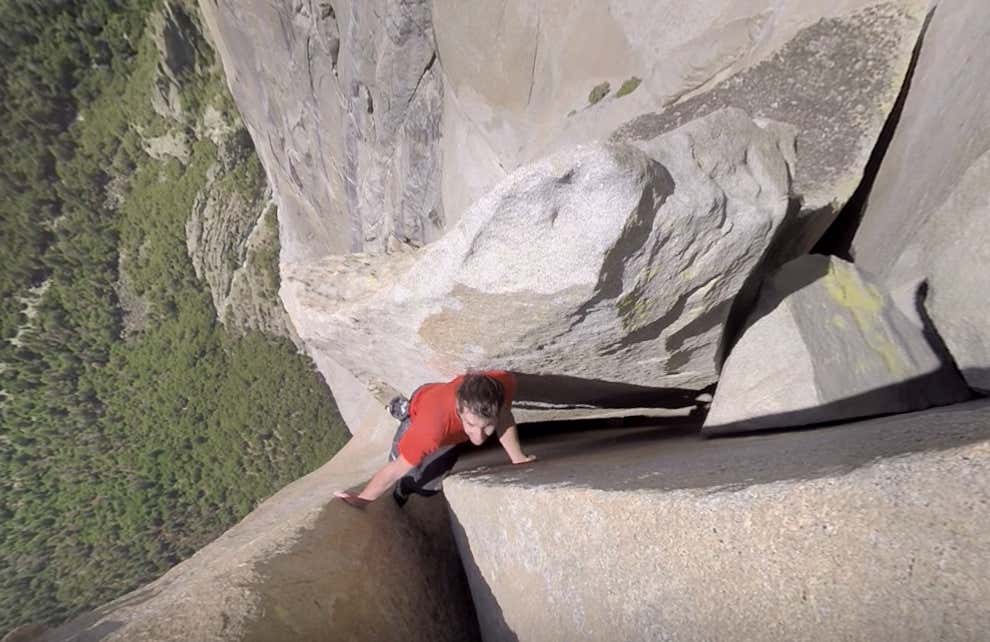 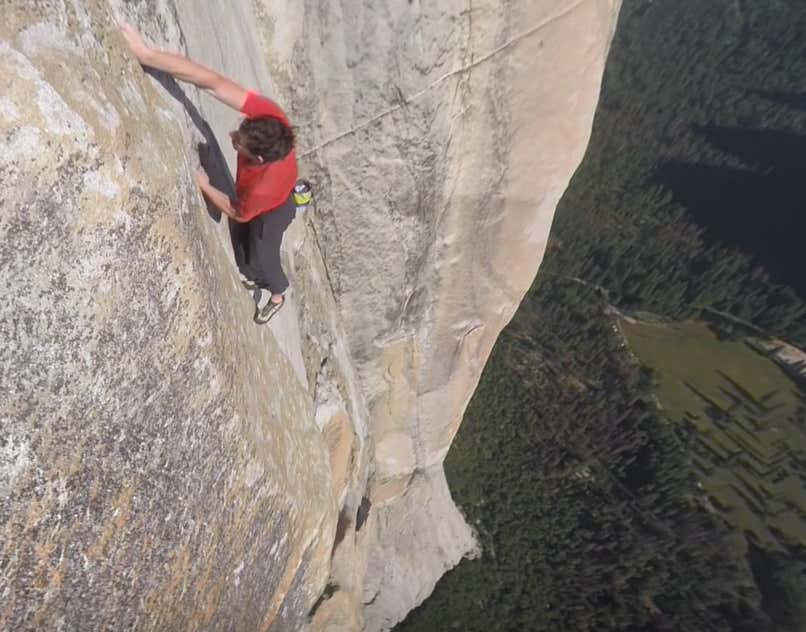