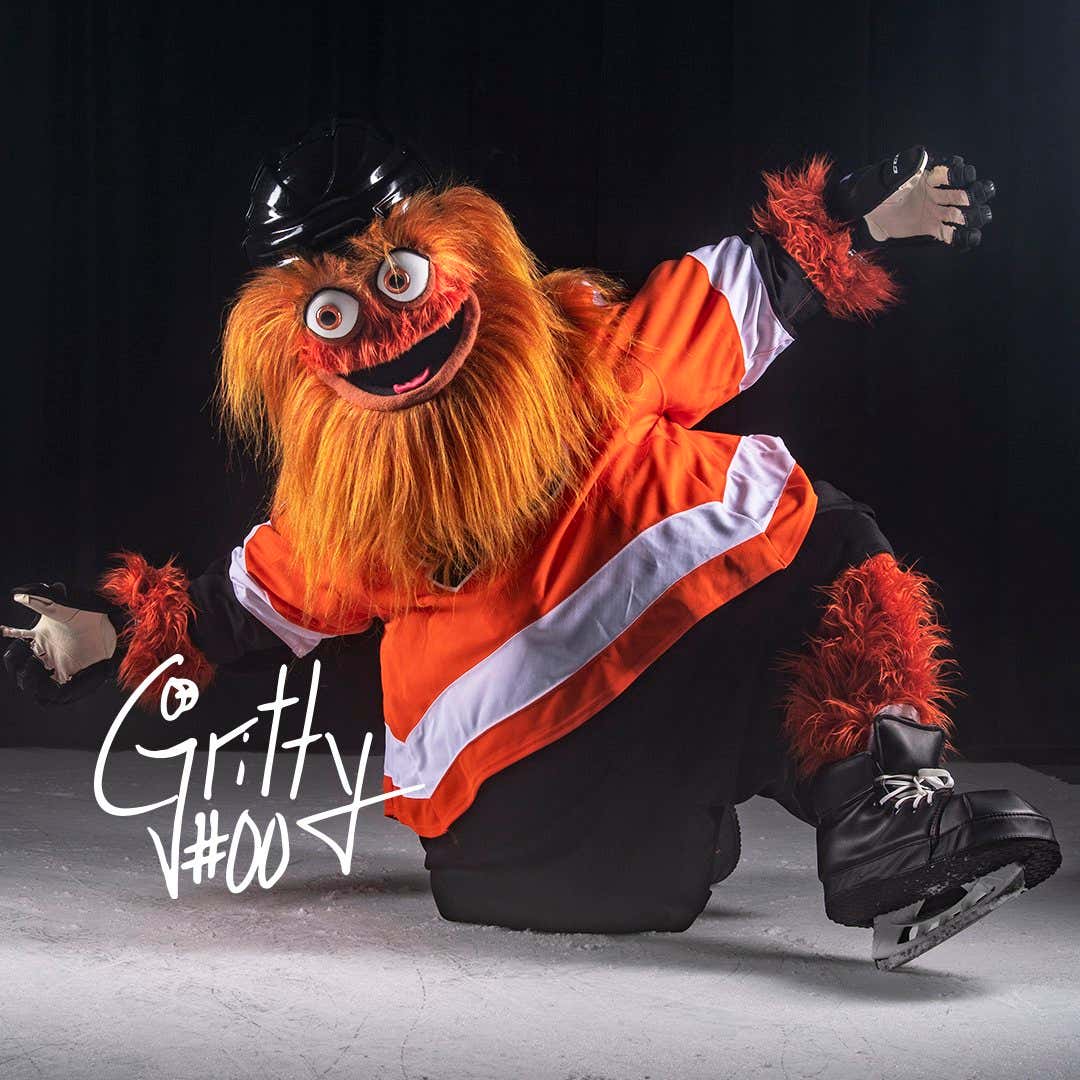 The Pittsburgh Penguins, their fans, and almost everybody associated with that organization are my mortal enemy. Everybody knows that. But every once in a while, the Yinzer population can contribute something actually good to the world. Like that doctor in Pittsburgh who surgically repaired Carson Wentz’s ACL. Or making Phil Kessel a Stanley Cup Champion. And now there is @Benstonium, a Pittsburgh Twitter account who decided to take a bunch of stock photos and jazz them up a bit by photoshopping Gritty in there.

So since it’s almost the end of the work day and you don’t want to do any actual work before you punch out the clock, here’s a great way to kill a few minutes and get you to the end of your day.

To me, this looks like Gritty is just a great father who is keeping a close eye on his son to make sure he doesn’t go run off and get lost.

That road seems extremely dangerous. Visibility is very little to none. Gritty is just there to warn on-coming traffic that there is another person up ahead and to tell them to slow down so they don’t accidentally hit them. What a guy.

Nobody likes to see anybody else visibly upset and/or crying. Gritty is torn though because as much as he wants to go over there and comfort this sad woman, he also respects her privacy and doesn’t want to impose himself. But just know that his intentions are pure here.

This is a woman who just murdered her husband in order to be free for her lesbian lover. They are clearly shaken up about the entire ordeal but just know that Gritty is not being a creeping pervert here. He is cracking the murder case.

Some older kids just offered this young child a cigarette and then mocked him relentlessly when he said no. Luckily Gritty was there to save the day to scare off the older kids and save this small boy from further bullying. Peer Pressure? Not on Gritty’s watch.