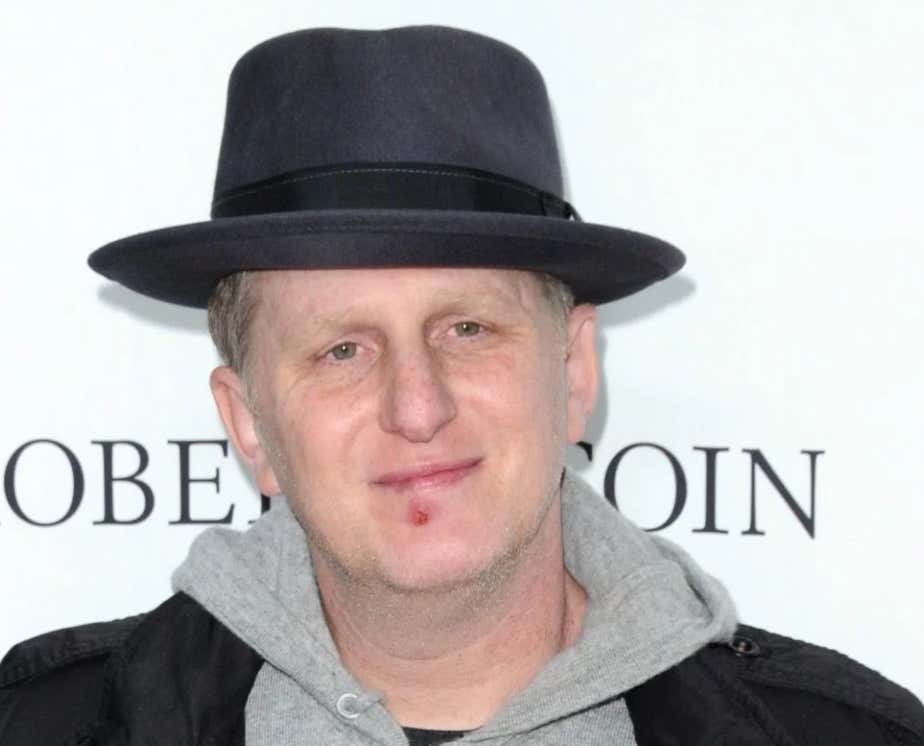 [Editor’s Note: This is solely a Clickbate Smits REBLOG in the defense of my main main, Smitty. That scumbag fraud of a cowardly hack Michael Rapaport cited this post from February 14, 2018 (Valentine’s Day, bummer) as evidence of defamation.

I just thought I’d make it easy for the courts and share it again. No digging around for evidence, no smokescreens. All facts. At noon of each day I will be releasing said facts for the courts. Michael Rapaport, like Dan Marino, should die of gonnorhea and rot in hell.]

MUST READ: Michael Rapaport Is A Fradulant Sack Of Shit – Part 1

Death, taxes, and Michael Rapaport being a fraudulent sack of shit. There is PLENTY I had to say that I’m not allowed to go into in print (so naturally it’s all on @BarstoolSports Snapchat).

- Snapchat not there anymore, obviously –

Basically, Rapaport has announced his backing for $20 Chef. Good for them. I really couldn’t care less. But when Rap continues to fire dirty shots in my direction, we have yet another front to defend. He’s a bully. There’s no way around it. And, like the office bully Nate, he flexes with Twitter dick and thinks he’s the cock of the walk. This time, it revolved around betting $2K on Shaun to win Rough N’ Rowdy.

I accepted, and he went out of the way to state his share of the money would be at Barstool HQ today. A very important caveat to this exchange, as Rapaport ALREADY OWES ME $2K from Fantasy Football (check out the Must Read Part I for that entire futile ordeal). If he were a man of his word and not a deadbeat, he’d deliver $4K total to cover everything. As of this blog, no money has been delivered.

Rap naturally made every excuse in the book and continued to run around in circles in his alternate reality. Then, even more naturally, he decided to throw out a new bet for the entire purse on fight night: 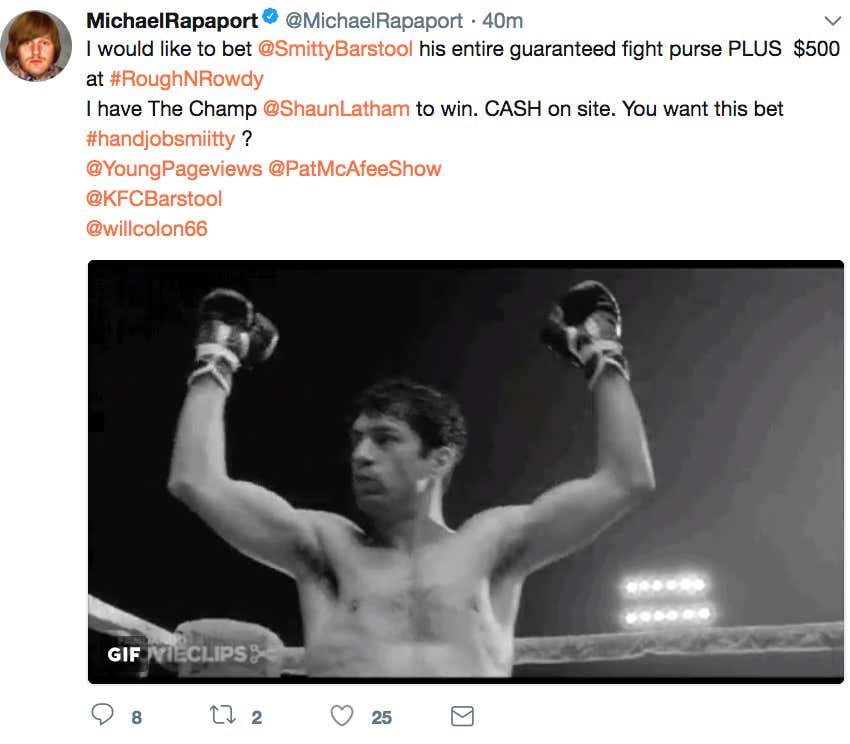 That’s not how it works. That’s not how any of this works. You can’t bet $2K, say you’ll have the cash today at Barstool HQ, puss out, then say you’ll bet more and “Have the money on fight night”. All while he still hasn’t paid me $2K from Fantasy Football. He’s a lying, deadbeat, hack, fraud. He’s legitimately embarrassing this great company while as he refuses to mention he works for us outside of these walls.

This is all on top of yesterday’s exchange I covered in minimum wage Shaun looking cute in his little prison outfit:

All we gotta do is keep on fighting the good fight, and we’ll end up on top. Underdogs are hungry dogs, and hungry dogs run faster. Fight harder. Why? Because they’ve got nothing to lose. See everyone Friday. $10 Cook – OUT.