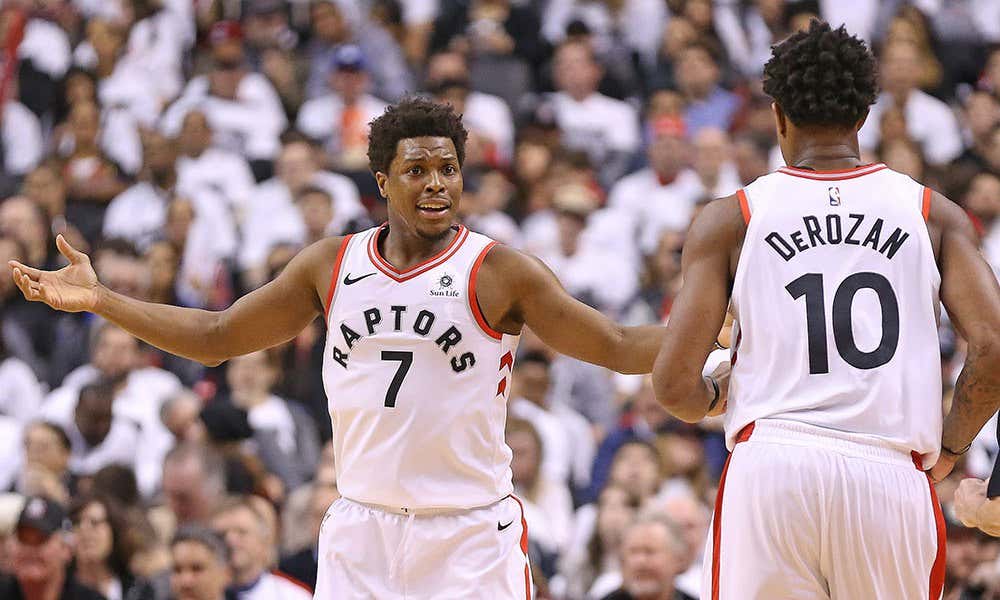 [TSN] - Of greater concern, per league sources, Lowry had also been dodging calls and texts from team officials, including president Masai Ujiri and new head coach Nick Nurse, who Lowry said he only spoke with briefly right after Nurse was promoted in June.

Listen, we all know that Lowry and DeRozan were best friends. But, Lowry took this a bit too hard. It was no secret that the Raptors were looking to make a move this summer. They hit their peak, which was getting the No. 1 seed and losing to LeBron. It’s fine, it happens. But, that’s where they were. Something had to change.

First, it was the firing of Dwane Casey, which I didn’t necessarily love. But, why make the decision to move on from both? That’s where it was a bit baffling, simple because teams tend to just move on from either a player or a coach. Regardless, you knew something was coming.

On top of that the Raptors got better for this year. That’s just a fact. If Kawhi Leonard is playing, he’s better than DeMar DeRozan. In a wide open East, that could be good enough to get to the NBA Finals. They are one of the two favorites along with the Celtics to get out of the East.

Now, are we going to rule out the Raptors possibly trading Lowry? I wouldn’t. We’ve seen them be willing to move pieces and figure out their future. There have been rumors of that, but not talking to people during the offseason isn’t necessarily a good start. We’ll see what happens once the season gets going and what sort of season they are having.