I’ve seen this clip a million times and I will still never understand how any lefty got a hit off of Randy Johnson. This was back in 1993 at the All Star Game in Baltimore, and I’m sure for a split second, John Kruk thought he would become just another murder victim in Baltimore.

That first pitch from Johnson came sailing right over Kruk’s head. You saw his reaction, his life flashed before his eyes. And you can’t blame him. For my money, The Big Unit was the most intimidating pitcher ever, I bet Kruk would say that too. But we all know Randy knew what he was doing. He sailed the first one on purpose, and then he knew it wouldnt take more than 3 pitches to sit down Kruk. After that first pitch, you saw Kruk mimic his heart beating, I couldn’t imagine what thoughts were going through his mind, idk if there is any amount of money you could pay me to step foot back in that box.

The rest of the at-bat was a walk in the park for Randy, he threw 3 filthy pitches and Kruk spun around on each one, idk how he held onto that bat and didn’t let it fly into the Baltimore night, but credit to him for that. Right after the second pitch thrown by Johnson, Kruk just looks into the AL dugout and shakes his head, guy wanted no part of that at-bat. 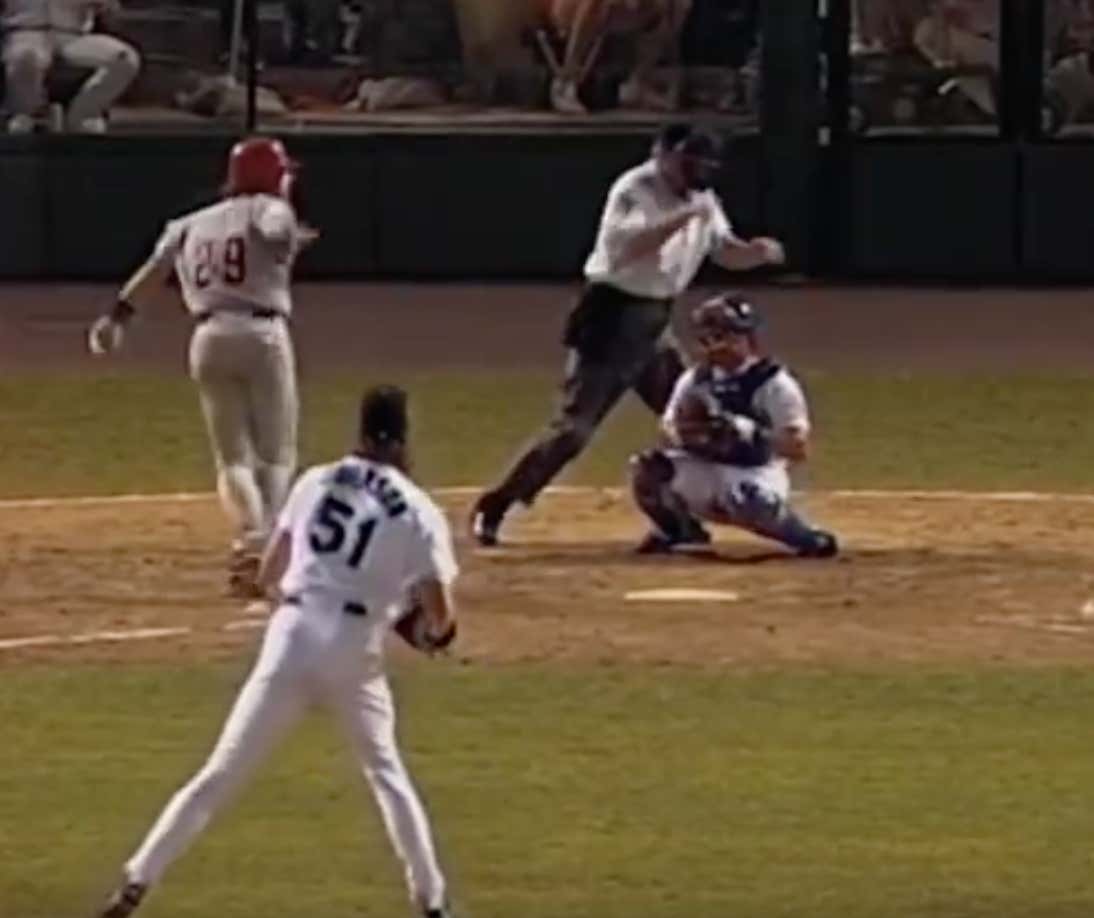 This is how the third pitch ended, how on EARTH does a batter end up like that. I mean look how far away from the plate he is and the ump hasn’t even finished his strike call. Kruk couldn’t WAIT for this at-bat to be finished. 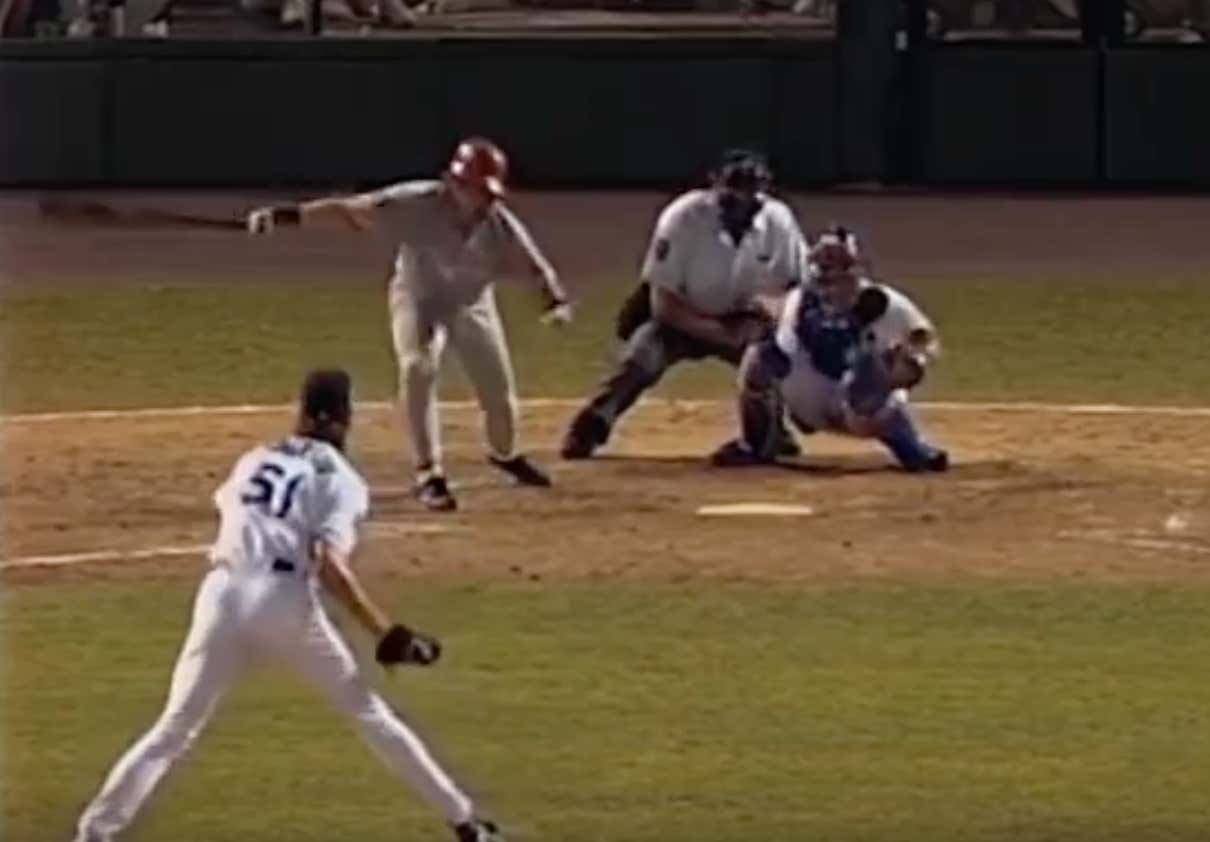 This was the final strike of the at-bat, Johnson walked off with a smile as Kruk threw his bat and helmet down to end the inning. Luckily for Kruk, the at-bat was done and no one ever brought it up again. The guy was almost murdered in cold blood, but lived to tell about it. This has to have been the scariest few minutes of Kruk’s life.