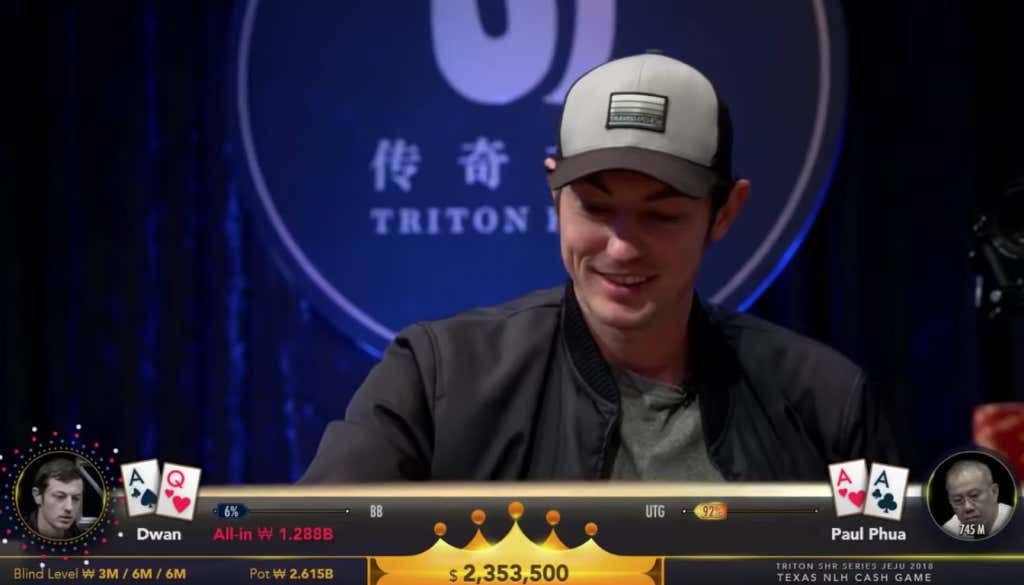 Oh Tom. You fucking legend. If you grew up watching poker, you remember Tom Dwan. Late nights watched Poker After Dark or High Stakes Poker, watching Dwan run wild in the nosebleed stakes games, pushing everyone around the table. He would make or lose millions with his aggressive style, and quickly became a legend of the game. And if you were a super-nerd like me, you watched him play on Full Tilt in Rail Heaven, playing the high stakes PLO games against Ziigy, Gus, Ivey, Patrik, and the others. It was the glory days of poker, when so many sickos had so much money.

Now, Dwan mostly plays in Macau, playing the highest stakes games in the world with Chinese billionaires. Games where they only let aggressive players play because the billionaires love the action so much, and don’t care about the money. Nobody really knows the outcomes of these games, but rumors swing from “Dwan is a huge winner in them” to “Dwan is in so much debt to the Chinese mafia that they are holding his family hostage”.

After being out of the public spotlight for some time, Tom has re-emerged recently, playing more televised games. Which leads up to yesterday’s hand, where of course, he played the largest ever televised hand. $2.35 million. And as you can see above, he had the AQ going up against Aces. Not great!

The face when someone shoves a million dollars of legal US currency into your aces: 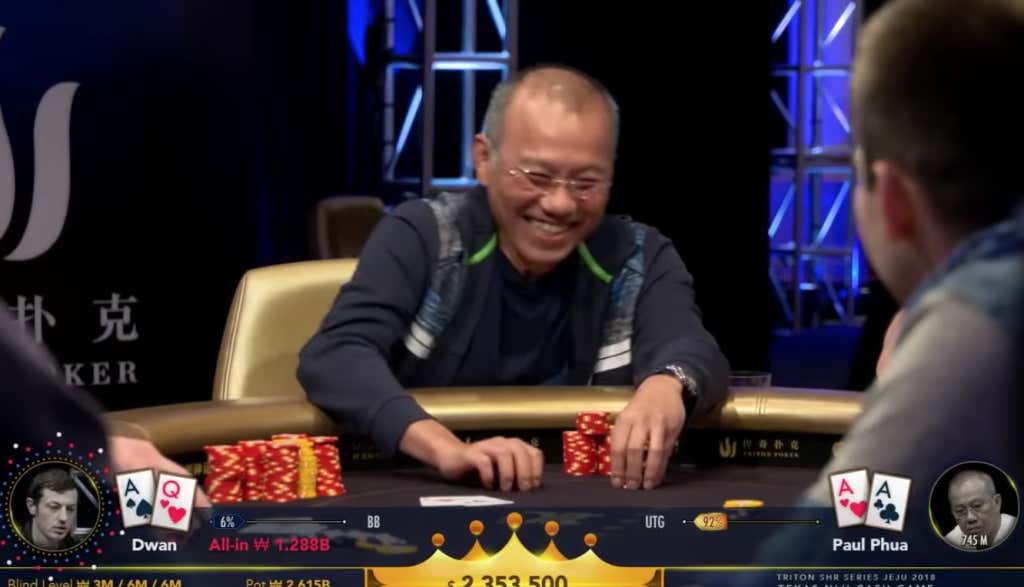 The dream. The god damn dream.

And here’s the whole hand, skim through it because most of it is Tom Dwan tanking, trying to figure out if he wants to get $1 million in the middle with AQ. 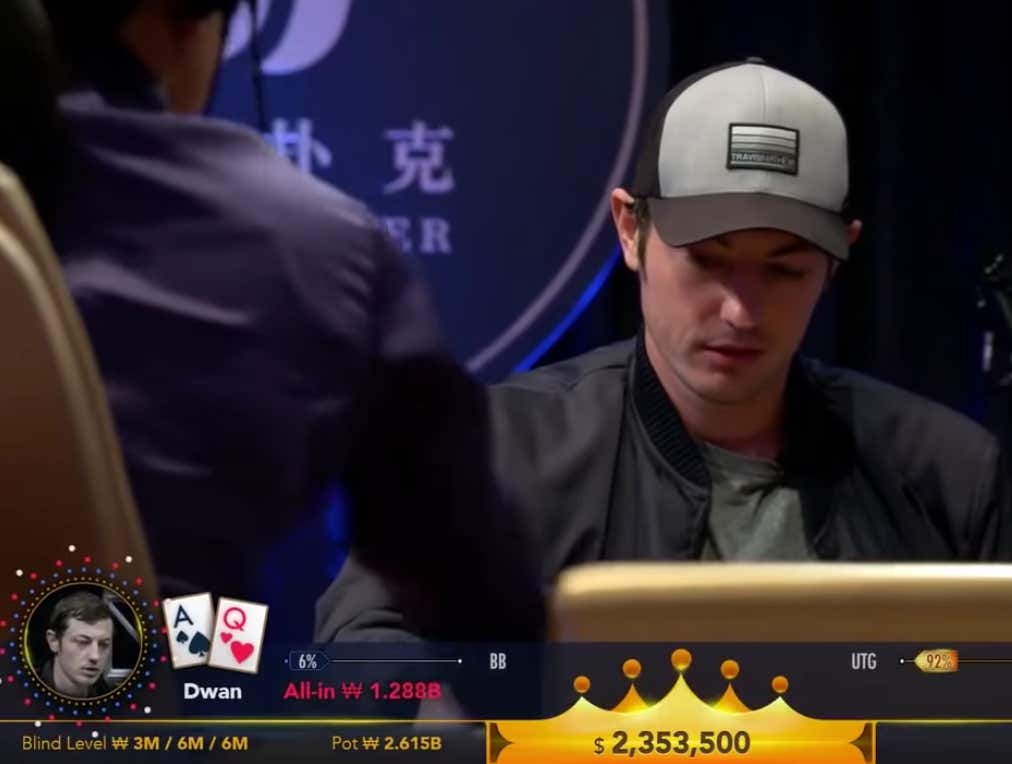