Wrigley Field can be a magical place most of time. This is an example when it’s not and also an example as to why your security staff shouldn’t be Medicare eligible. Maybe get some muscle in there like the 1968 democratic convention and show these pussies how to crack some skulls. Or brake it up. Idk either way don’t just stand there and let this shit drag out for MINUTES. At the same time, without their action we were blessed with my favorite person I’ve never met at Wrigley, No Fighting In The Bleachers Guy 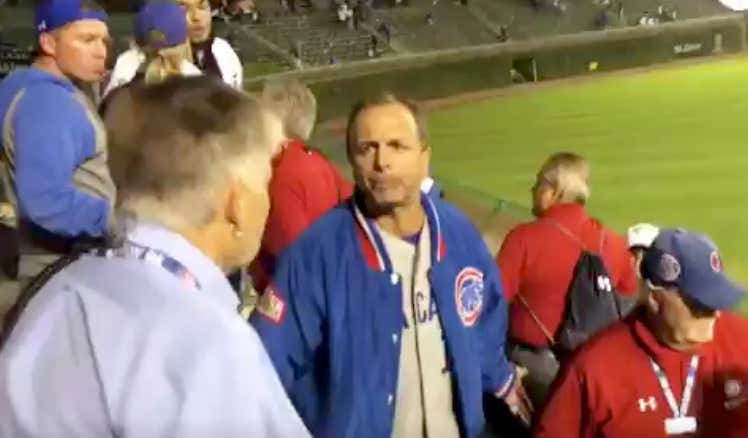 No Fighting In The Bleachers Guy has a simple message. You guessed it. No fighting in the bleachers. I can’t say it enough. No Fighting In The Bleachers Guy can’t say it enough. But it bears/bares repeating: no fighting in the bleachers. Period. If you have that big of a problem with someone do it the old fashioned way and get into a fight at Big City Tap or Sluggers. Don’t taint the sacred hollowed grounds that are the Wrigley Field Bleachers. Be better.