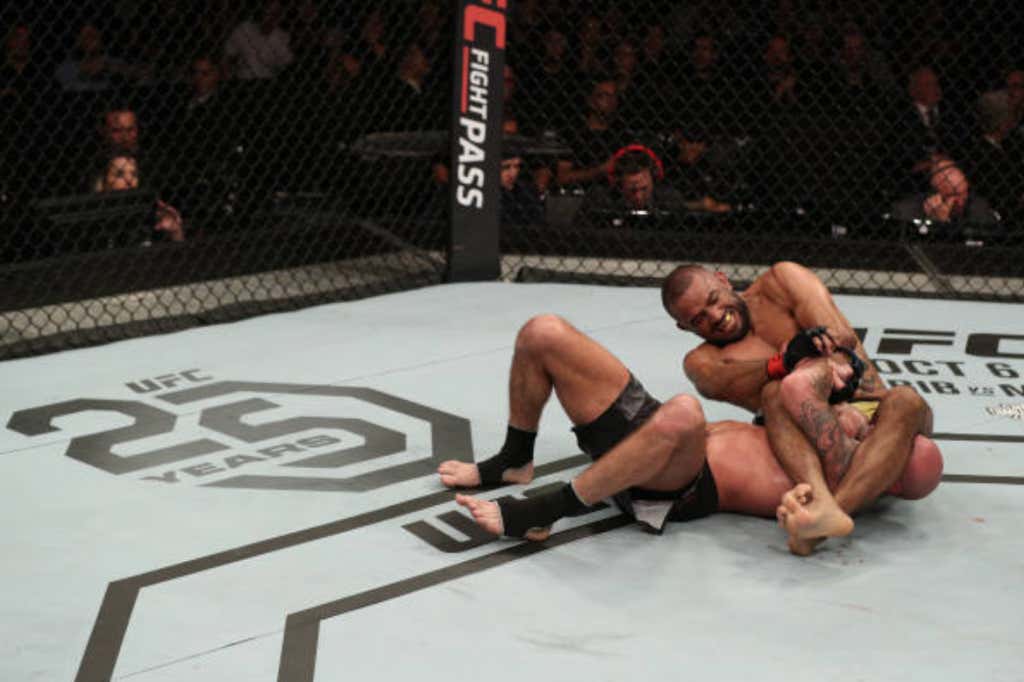 The Ultimate Fighting Championships returned to Brazil this weekend for UFC Fight Night: Santos vs Anders, and on the preliminary card, Sergio Moraes submitted Ben Saunders with a beautifully applied arm-triangle in the second round of their welterweight bout. Following their fight, Saunders – one of the most likable dudes in the entire sport – approached “Serginho” for an answer as to just how he was able to get Saunders in position for the arm-triangle, and Morges was happy to show him.

In an era where every fighter on the UFC roster is currently trying to put on their best Conor McGregor act, fabricating conflict everywhere they possibly could, it’s SO refreshing to see sportsmanship like this – the kind of sportsmanship many of mixed martial arts’ greatest pioneers worked very hard to implement so the sport could rid itself of the “barbaric human cockfighting” stigma as quickly as possible.

Everything about this reminds me of when you’re growing up, playing like Mortal Kombat, or Madden, or something like that against one of your buddies, and they start doing shit you have NO IDEA how to do, to the point where after the game you’re like – “Listen, you got me that time, but please just show me the controls you were using so I’m not starting my next game at the same disadvantage I started this one at.” – you know? When you didn’t know how to hit a spin move, or a dive or some shit like that? And your buddy wouldn’t let you know how to do it during the game? Always just so frustrating. But yep, that’s it. Just a really cool display of sportsmanship between two of the sport’s classiest fighters.