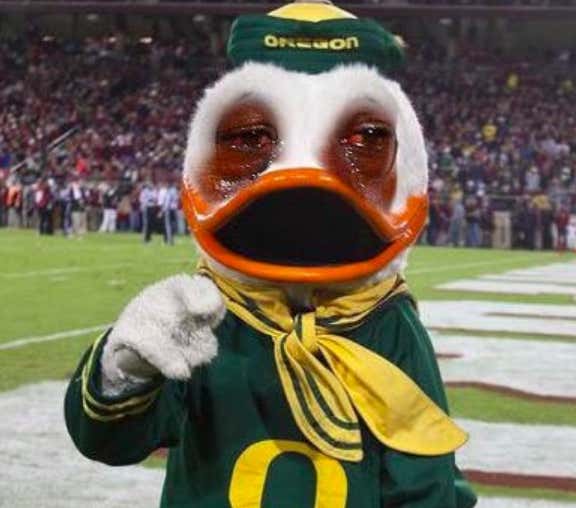 A bad beat is every gamblers worst nightmare. Tonight for those who had Oregon +2, the gambling gods looked down upon them and STRUCK.

Stanford made it 24-21 by the end of the third quarter.

With 3:10 left in the fourth, Oregon led 31-28 with the ball. All they had to do was run out the clock. Some would suggest taking a kneel. They didn’t do that:

The total on this game closed at 59. Some people got it at 59.5. If you lost out on the under because of that, I feel your pain.

Jet Toner (what a name) soon made a field goal to push it into overtime. On the second play of OT, this happened:

84 on Stanford played volleyball in high school. Fucking volleyball. Of course, a volleyball player made that catch.

Have there been worst bad beats? Yes, of course, but if you are to consider the bad beats of bad beats, you need to consider everything. Is it South Alabama vs. Louisiana-Monroe or a matchup between top P5 teams? Is the game on at 2:30 on Saturday on CBSSN or a primetime game on ABC?! How many people bet on it? A bad beat that thousands have bet on is much worse than a bad beat that most bettors wouldn’t have even considered.