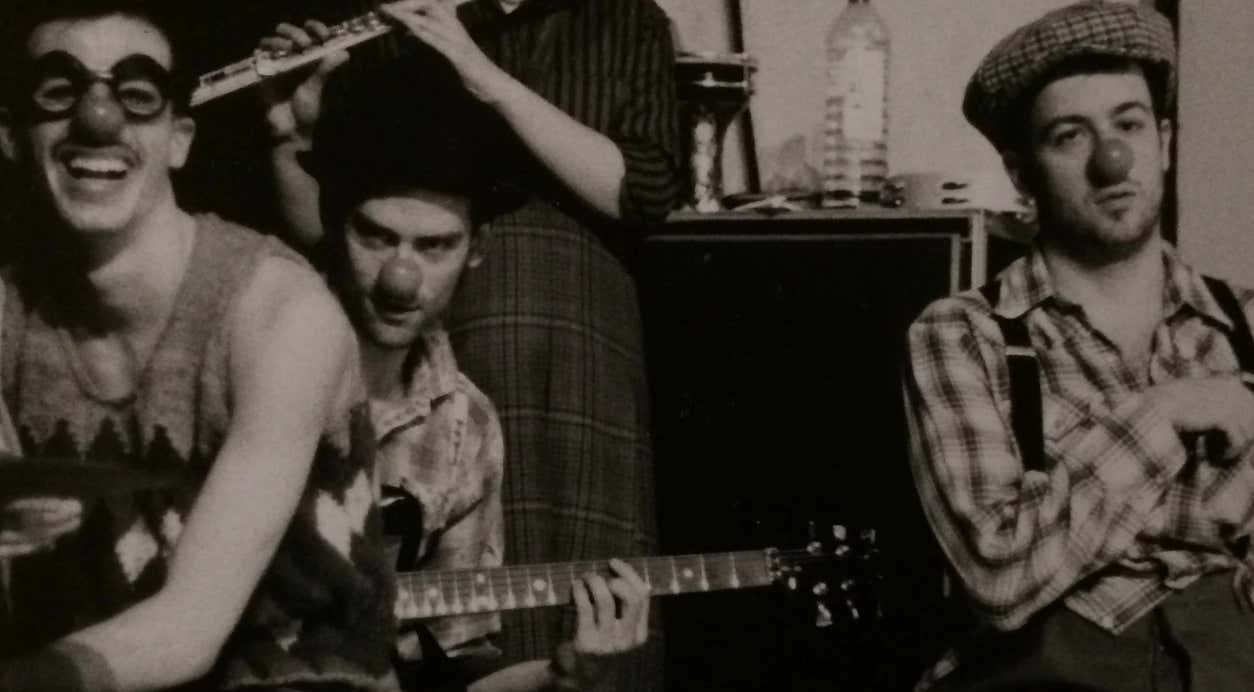 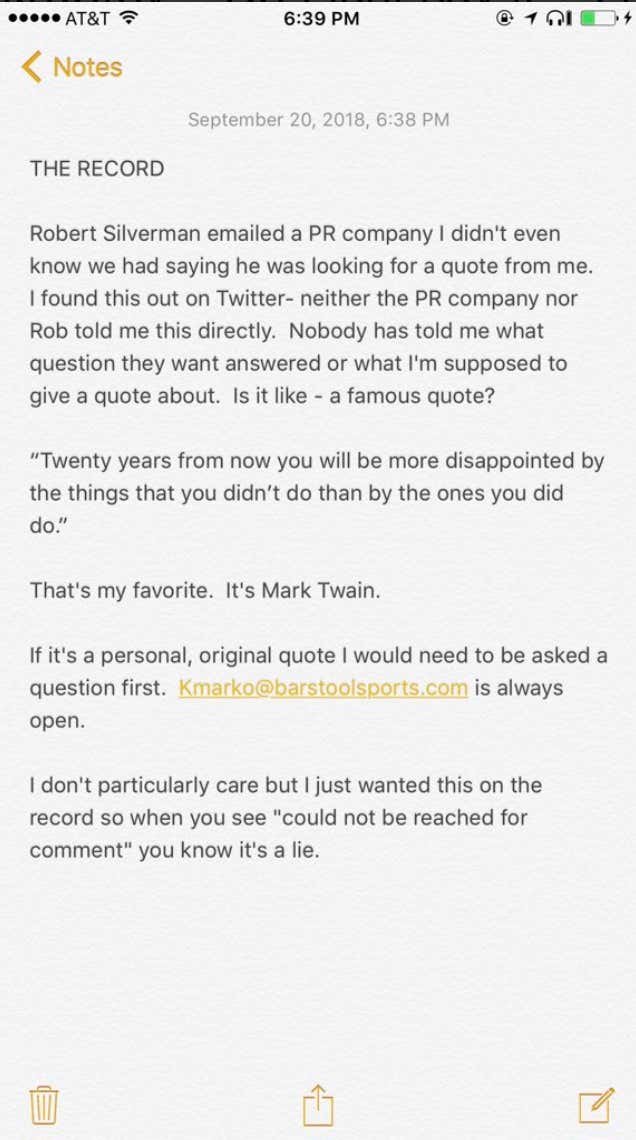 I knew that Robert “If You Have 14 Freelance Jobs You Don’t Have 1 Real One” Silverman AKA Bob “Clown Man” Silverman was writing a hit piece about us, but it wasn’t until Dave’s tweet last night that I found out he was looking for a quote from me specifically.  I love quotes!  Unfortunately Clown Man sent the request to a PR firm I didn’t know we had instead of me or anyone else at Barstool personally.  Also he blocked his Twitter I’d assume so he could focus on his piece hoping THIS will be the one that finally impresses someone enough to hire him full time so he can stop adding jobs to his Twitter bio before he runs out of characters.

Anyway as excited as I was I gave up hope thinking I’d actually be given an opportunity to comment on anything so I wrote a blanket statement to cover all possibilities.

FOR IMMEDIATE RELEASE TO THE RECORD

THE RECORD – status check – ON.

I am not anti-Semitic.  I can confirm this because I am Jewish.  I have a large nose, a savings account, 17 yarmulkes in a nightstand drawer collected from friends’ weddings, and I fasted for Yom Kippur this week.  I actually did 5:30 PM Tuesday to 8:00 PM Wednesday.  That’s an extra 2.5 hours.  That’s how Jewish I am.

I did break fast with pork.  I will admit that.

I am also not sexist.  I respect women more than men probably.  I think I am a sexist but the other way, toward men.  Erika is a better boss than Dave.  The women at Barstool are way cooler than the guys.  Like it’s not even close.

I am DEFINITELY not homophobic.  DM me for proof.

I don’t actually like fighting but I am very defensive.  My therapist is like $350 an hour and hasn’t fixed this.  It’s frustrating, but whatever, Robert Silverman can’t afford my therapist.  Maybe a Clown Therapist with  70% coverage from Clown benefits.  But absolutely not an out-of-network Clown Therapist.

Oh I accidentally called that 16 year old hot for 9 minutes.  That’s on me.  That’s a fair criticism.