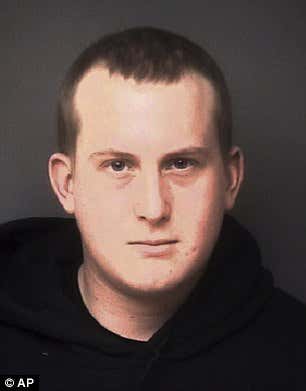 Source – A man has admitted driving across the eastern Iowa baseball field made famous by the 1989 movie ‘Field of Dreams’ in an act of vandalism.

Austin Pape, 21, of Dyersville, admitted to driving his truck through the grass and dirt, creating deep trenches in the field and damaging its sprinkler system. …

Investigators say Pape acknowledged driving onto the field in his truck on January 22, causing owner $5,500 in damage, which has since been repaired.

The vehicle left deep gashes in the field and damaged sprinklers, at the site where thousands of people visit the property every year. … 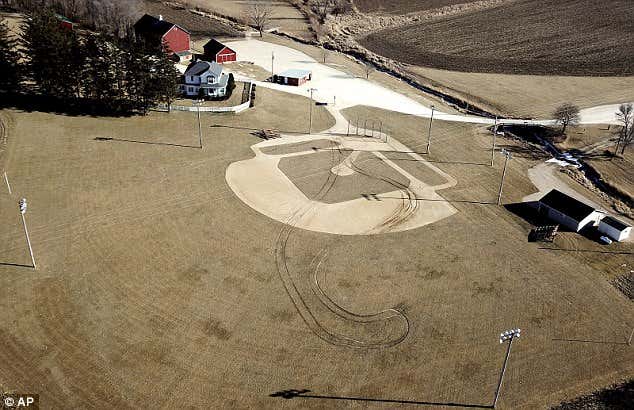 By pleading guilty to the Class D felony, Pape could be sentenced in November to up to five years in prison, but all of that time may be deferred or suspended, as this was not a forcible felony.

The ‘Field of Dreams’ field sits just outside Dyersville, where Pape is from, which is 140 miles (220 kilometers) northeast of Des Moines.

What what whaaat? Did I just read that right? “Up to five years” in jail but the sentence could be suspended? A fine that could be as low as 750 bucks? For doing donuts on one of the most sacred patches of real estate on planet Earth?

I’ve got a better idea. Why not just let Austin Pape loose in my neighborhood, huh? Leave him to the middle aged men I hang out with for a few hours. Suburban guys with crippling daddy issues like me. Frustrated former jocks in khakis and golf pullovers who wear their phones outside their pants and their hearts on their sleeves when it comes to this film that combines their baseball fantasies and complex relationships with their fathers into one masterpiece of manfeelings. Then this walking stalactite of dried giraffe jizz will get taste of what true justice is all about.

I’ll be the first to admit Field of Dreams is a flawed movie. Yes, it’s corny. The James Earl Jones speech is iconic but over the top. It’s the only place in the world where anyone ever calling it “having a catch.” The scene where Ray Kinsella’s wife shouts down the one-dimensional, bitchy, book-banning stereotype of a repressed Midwestern mom that only exist in the brains of Hollywood screenwriters is one of the most insufferable ever in a good film. If Austin Pape left tire marks all over Amy Madigan in that scene I’d be starting a Go Fund Me for him.

But he didn’t. He destroyed the very field that is the non-verbal title character of this great motion picture. If he tore up the battlefield at Gettysburg or the South Lawn of the White House, I’d consider it less of an attack on the country. The last 10 minutes of Field of Dreams is proof that the human soul exists. If you can watch the ending where Kevin Costner is talking to his dad who asks “Is this Heaven?” and he answers “No. It’s Iowa,” only to see his (annoying) wife and daughter laughing on the porch swing in the glow of the sunset and reconsider his answer and not shed real tears, then there is no hope for you.

My greatest wish is that I could build a baseball diamond in my back yard – let’s make it a cornhole set up, since I’m not that ambitious – and have my late father come out of the woods out back and “have” that catch he never bothered to when I was little. So that movie is the ultimate in video pepper spray. And for anyone who would defile it, a long, slow agonizing death is too good for him. Schedule Austin Pape’s execution now, and people will come. People will most definitely come.