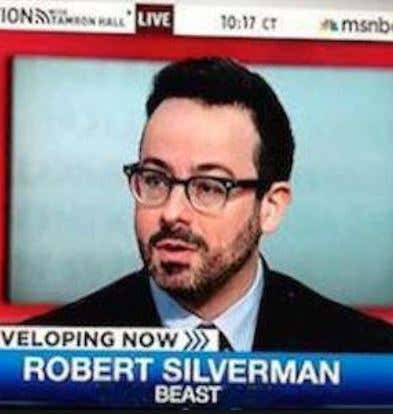 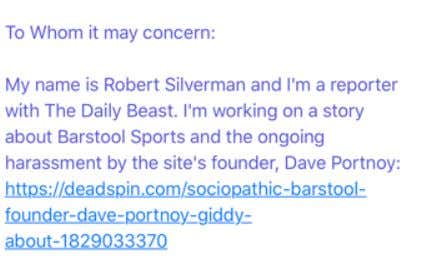 “Alert the media, and then you control the story. Wait for them to find out, and the story controls you. That’s what happened to O.J.”

So this dude Robert Silverman is writing a hit piece on us. How did I find out? Well he emailed a bunch of our advertisers and employees asking for quotes about why nobody has down anything to stop me from harassing Laura Wagner. Now he hasn’t reached out to me for any quotes because I can only assume he is a coward, but if he did I’d say the following.

“Laura Wager relentlessly attacked and mocked me non stop for a year straight without me saying a word about her. Not reporting on facts. Just calling me personal insults. She called me a sniffly raisin, an angry Adderall pill, and basically everything else under the sun all before I said a word about her or acknowledged her existence.  The below examples are articles she wrote about us nevermind the endless critical tweets anytime Barstool Sports is mentioned about anything. 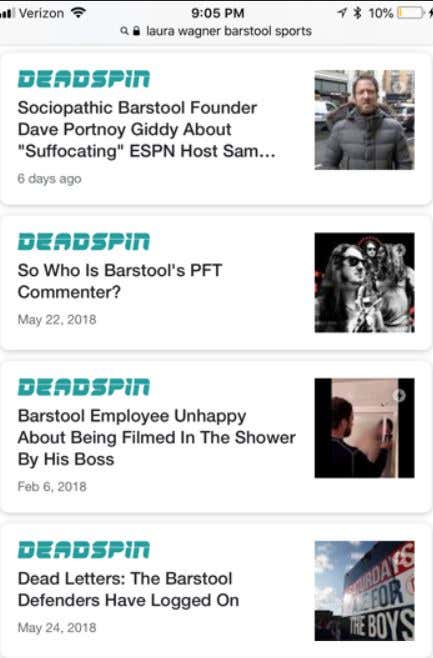 Well her non stop attack on me and Barstool didn’t cause me to hate her or sink to her level with personal insults.  Instead it led me to do quite the opposite.  I had a George Costanza moment. Yes I fell in love with her.  Because any woman who hates me this much only comes around once in a lifetime.  However I still only respond to her when she attacks me and not vice versa. She calls me a sociopath? I say I want to kiss her.  She says I am a sniffly raisin?  I ask her out on a Valentines Date.  And the dance of seduction continues.  Now most unbiased observers would say she is actually the one harassing me and I should press charges. But I choose to kill her with kindness. To me it’s just two kids on the playground who have a crush on each other.”

But I digress. That’s not the point of this blog. Instead it’s about the unhealthy some would say fatal attraction like obsession this guy Robert Silverman has with me.  Is it because he used to work at the now defunct Cauldron and hated us then?  I have no idea.  All I know is when I first heard about this hit piece I had no idea who he was. I literally didn’t. But then I was told this was the same guy who tried to insinuate we were selling drugs out of our Superbowl House in Houston.  Yes he really tried to craft a story around that narrative.  In fact he reached out to twitter and asked for help from anybody who had dirt on us. Of course this was wildly untrue and Stoolies mocked him and made fun of him and he deleted all the tweets from it. However that isn’t all he’s done apparently. It turns out he’s been stalking me for literally years. He comments on virtually every single thing I do. It’s amazing. I don’t know whether I should be flattered or scared. He’s called me anti Semitic.  (For the record I’m Jewish) 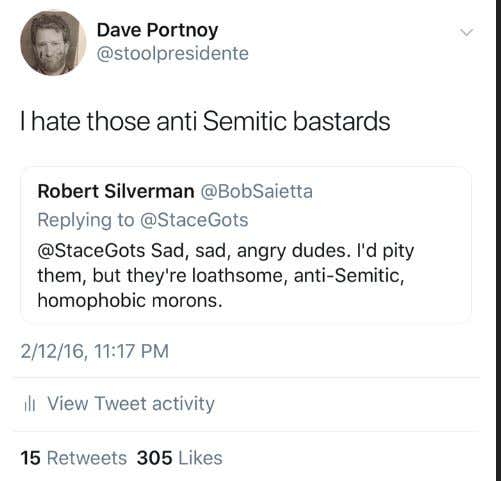 He’s inferred that I’m Hitler and all the Stoolies are Nazis.  Quite a hot take when the Jewish Journal declared me one of the biggest and brightest Jewish stars in media.  I still hate them for that photo though. 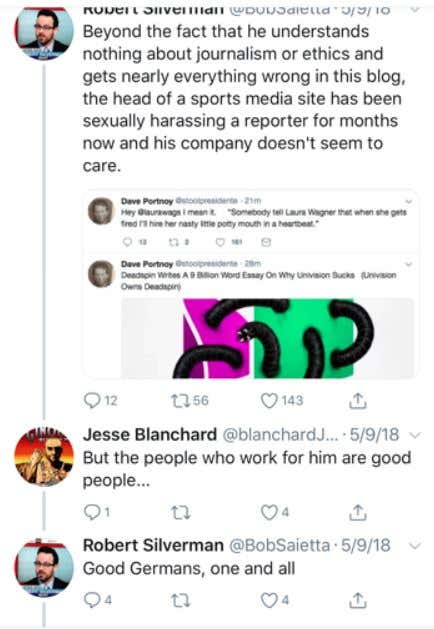 He’s called us homophobic. Ask Gay Pat about that. 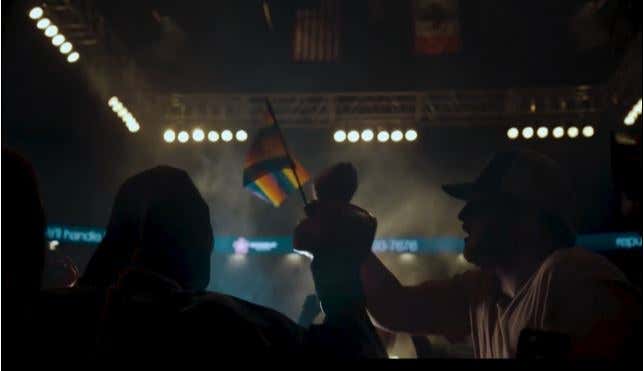 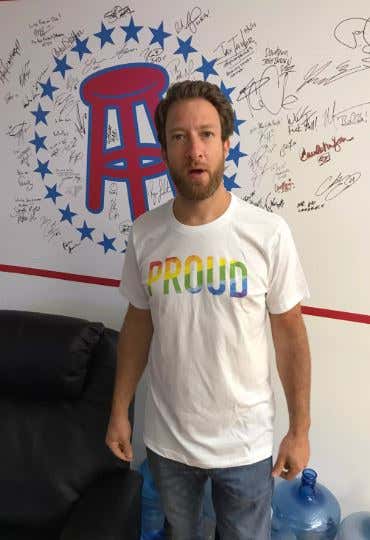 He’s made fun of my marriage saying Renee left me. Also incorrect but still pretty mean spirited from somebody who always claims to have the moral highground. 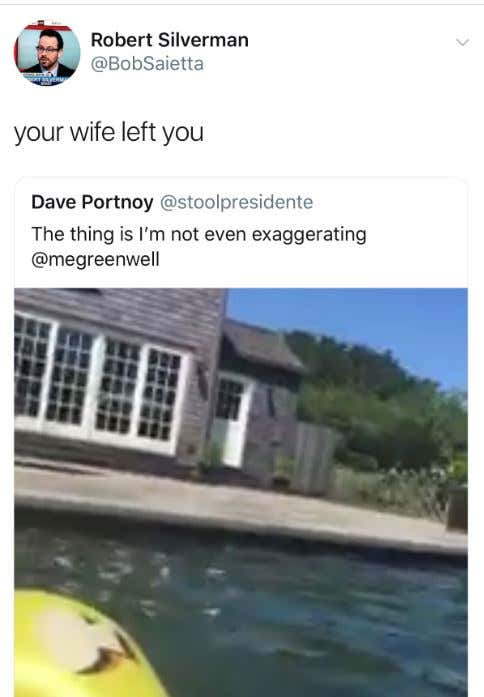 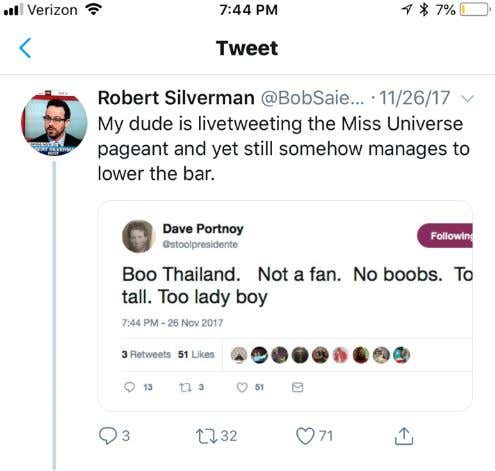 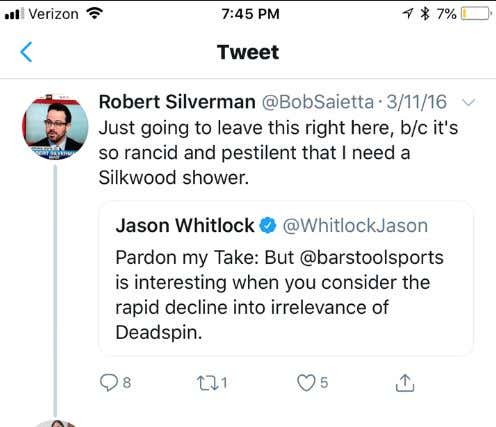 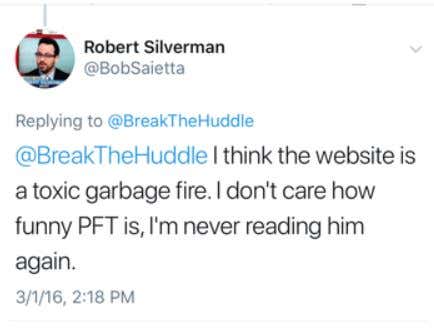 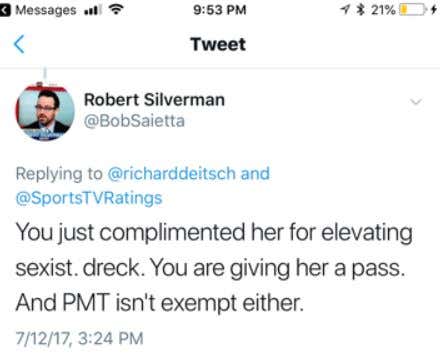 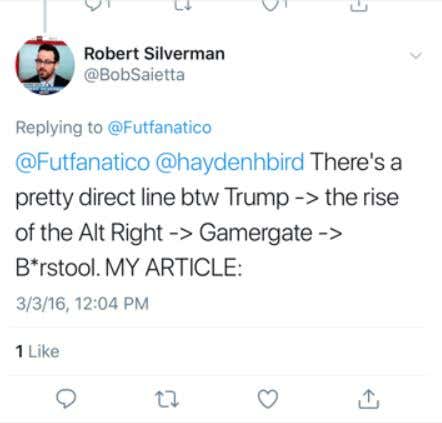 Like I said he’s totally and completely obsessed with me and the success of Barstool Sports. If you showed him 20 straight ink lot photos and asked him what he saw I guarantee he’d say Dave Portnoy 20 times in a row. And now he is writing what he is calling a fair and balanced hit piece on us. Listen I don’t care about the negative press. I’m the straw that stirs the drink. I understand that. To quote Reggie Jackson “fans don’t boo nobodies” When you need pageviews you write about me. We move the needle. I’m the guy all the other guys worry about. I love that. But all I’m asking is that the Daily Beast writes this footer on his article when they press publish.

*Robert Silverman has been obsessed with Barstool Sports for 5+ years. He slanders them at every turn. He is jealous that David Portnoy has made millions and millions of dollars and Barstool Sports is now worth 100 million dollars while he languishes as a freelance writer. He can’t accept the fact that Dave Portnoy outhustled, outworked, outwrote every other blogger on the planet and that his success was not overnight. That he grew Barstool Sports brick by brick. That he poured every cent he made back into the company. That he assembled the most talented crew of bloggers in the country. Robert Silverman hates the American Dream.  He wants Barstool so bad it’s like acid in his mouth. Nothing he says can be taken seriously.