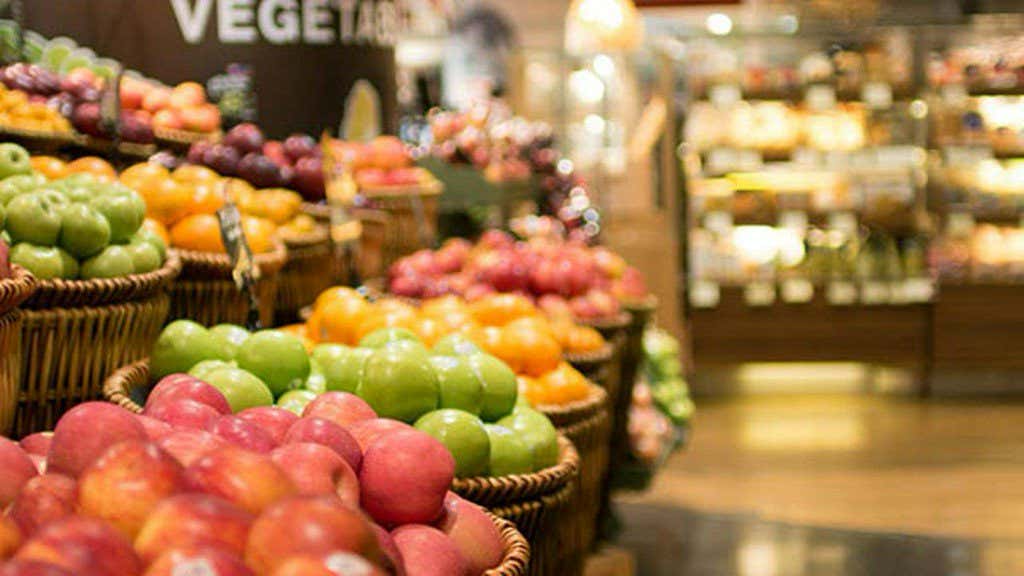 MANASSAS, Va. — A man is accused of rubbing his bare behind on produce at a grocery store in northern Virginia before putting the items back on display.

News outlets report 27-year-old Michael Dwayne Johnson, of Manassas, is charged with indecent exposure and destruction of property. A Manassas police release says an employee on Saturday noticed Johnson grabbing produce, pulling down his pants and rubbing the produce on his behind before putting it back.

It says the store had to destroy several pallets of produce because of Johnson’s actions.

Alright. ALRIGHT! Everybody calm the fuck down. We need to settle a few things first.

1. Did the man put the fruit/produce on his cheeks or in his ass?
2. Which types of fruit were ruined?
3. How fat/sweaty was the guy?

Here’s why we need to know these things. Another listing coming in 3, 2, 1.

1. If the man simply put his ass on the fruit, I dont see the issue. Each person has their own way to judge the freshness of a produce item. Now, as you know, the kiwi can be rather confusing. How does one judge the level of ripeness of such a tricky fruit? The ass. According to some, at least. I dont test my fruit with my bottom but I’m certainly not willing to cast stones at those whomst do.

2. Melons. Apples. Pumpkins. Pears. Peaches. Plums. All of those types of produce are judged by their firmness. What if our friend didnt have hands? Should we judge him because the ass, due to the laws of nature and evolution, is the most tender feeling portion of our bodies besides the meaty portion of our thumbs and the outside area of our testicles (men) or breasts (ladies and some men)? (hope that doesnt offend) Would you rather the man touch an apple to his scrotum to see if it suitable for a pie? Of course not. Think! He had no choice.

3. If so, ew. Get that shit off my plums, pal. No amount of washing removes the odor of an overweight man’s ass from your pitted fruit. If you find that your plums have been tainted with ass, toss them in a bucket with a little vinegar and water. Rinse. After that, your plums are as good as new.

Shockingly, this is gonna count as a bonus blog because I’m on a plane and have nothing else to do for a few hours.